Thursday morning, detectives were able to secure a warrant for first-degree murder for 39-year-old James Goodwyn Jr. of Virginia Beach. Goodwyn was located and arrested without incident in Virginia Beach Thursday afternoon and is being held in the Virginia Beach City Jail. 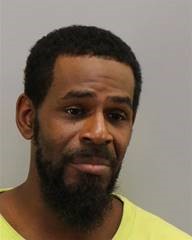 34-year-old Carver's body was found in Suffolk after she had been missing for almost a month. In May, she was ruled to have died from multiple sharp force injuries.

A newly unsealed search warrant provides new clues in the case. Investigators interviewed Goodwyn in March and say he initially lied about being at Carver's home the night of Feb. 21, claiming the two had only talked through Facebook Messenger.

As the interview continued, investigators confronted Goodwyn with lying and say he admitted to being at her home that night, but said he stayed in his car the entire time and talked with Carver through an open window.

The next day, Carver's mom went to her house and didn't see her daughter there, instead finding a bloody knife and pools of blood throughout the home. Investigators responded and found "bloody drag marks" that led to the outside of the home until they stopped, indicating a body was put inside of a car.

Investigators talked with Carver's neighbor who said she remembered seeing a silver car speed away from the home with "squealing tires."

No motive in the case is listed. Goodwyn declined speaking with reporters from jail on Friday.

He is expected to be arraigned in Southampton General District Court at 9 a.m. on July 2.

The Southampton County Sheriff's Office is thanking the Norfolk Field Office of the FBI for their assistance throughout the entire investigation, as well as the Virginia Beach Police Department and the Suffolk Police Department.

Click here for our full coverage on Cynthia Carver's disappearance and death.