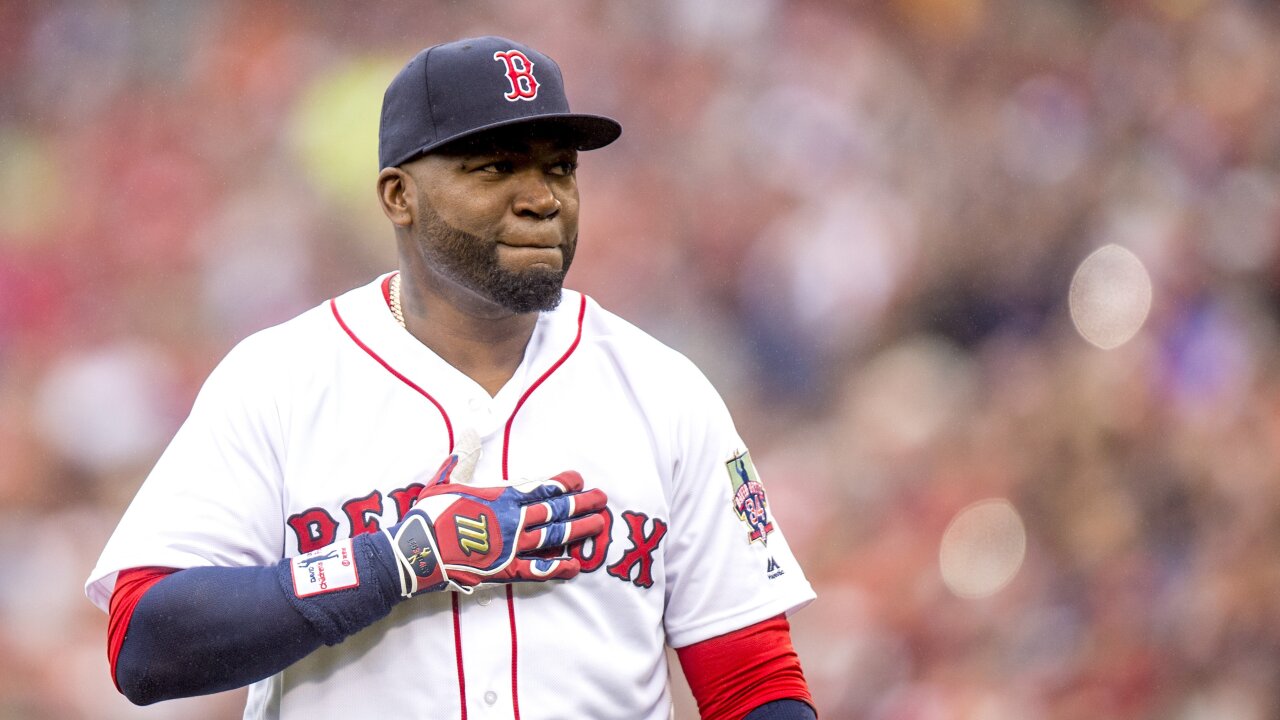 The alleged mastermind in the shooting of former baseball star David Ortiz was arrested in the Dominican Republic on Friday, police there said. Full credit: Billie Weiss/Boston Red Sox/Getty Images

The alleged mastermind in the shooting of former baseball star David Ortiz was arrested in the Dominican Republic on Friday, police said.

The alleged mastermind in the shooting of former baseball star David Ortiz was arrested in the Dominican Republic on Friday, police there said.
Full credit: Billie Weiss/Boston Red Sox/Getty Images

The suspect, identified as Victor Hugo Gomez, was in custody, according to the official Twitter account of the Dominican National Police — which said additional information would be released later Friday.

Gomez allegedly paid for a hit on a man sitting with Ortiz at an outdoor bar one night earlier this month.

The shooting was initially described as a murder-for-hire plot against one of the Dominican Republic’s best known personalities, even as one suspect told local media that Ortiz was not his target.

But prosecutors later changed their story. They said the intended target was actually Sixto David Fernandez, who was at a table with the former Boston Red Sox slugger. Fernandez and Gomez are cousins.

The twist in the investigation left many Dominicans in the baseball-crazed Caribbean nation of 11 million people skeptical of the official government version.

While police said the men were dressed similarly, they have different appearances.

Ortiz is a strapping 6’3 and 250 pounds. He’s one of the most famous and recognizable athletes in the world. Fernandez is smaller and thinner, with a lighter complexion.

Authorities said they believe Gomez ordered the killing because he suspected Fernandez turned him in to Dominican investigators back in 2011.

Prosecutor Jean Alain Rodríguez Sánchez said Gomez, who has alleged ties to Mexico’s Gulf Cartel, is wanted by the US Drug Enforcement Agency. He allegedly arranged the hit from the United States, according to Sánchez.

Gomez had spent time in a Dominican prison on drug offenses, prosecutors said.

Twelve suspects arrested for shooting; two still on the loose

A total of 12 suspects are in custody in connection with Ortiz’s shooting; two others remain on the loose.

One of those is the man accused of bankrolling the hit, Alberto Miguel Rodriguez Mota, who is also at large.

It’s unclear why he would have put up the $7,800 payment for the would-be assassins, as police allege. Gomez, Rodriguez Mota and two other suspects in the plot had previously crossed paths in jail, the prosecutor’s office said in a statement.

Ortiz was on a crowded bar patio in Santo Domingo the night of June 9 when a gunman walked up, pulled out a Browning Hi-Power 9mm and shot him once in the lower back.

The bullet passed through Ortiz, perforating his intestines and internal organs and hit his friend, TV talk show host Jhoel Lopez, in the leg.

The accused gunman, Rolfi Ferreira Cruz, fled the scene on foot. His alleged getaway driver, Eddy Vladimir Feliz Garcia, stalled out his motorcycle as he attempted to flee. An enraged crowd pummeled him before turning him over to police.

Ortiz is recovering in Boston. He is out of intensive care at Massachusetts General Hospital and in good condition, his wife, Tiffany Ortiz, said in a statement issued by the Red Sox last week.