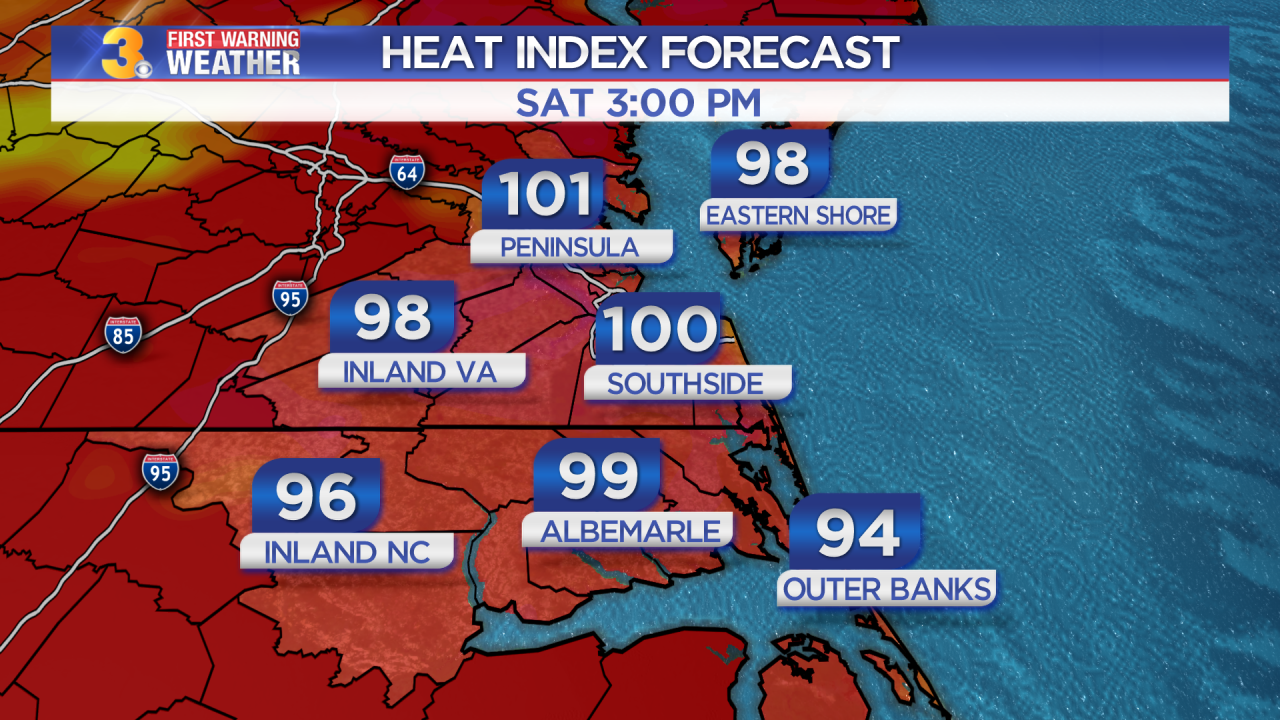 Heat and humidity continue to build… Highs will return to the low 90s today with afternoon heat index values in the mid 90s. We will see mostly sunny to partly cloudy skies today with an isolated shower or storm possible this afternoon to early evening.

The heat continues for Sunday with highs in the low to mid 90s and a heat index in the upper 90s. Our chance for showers/storms will increase slightly by Sunday afternoon as a cold front moves in.

Cooler and less humid air will move in on Monday, behind the cold front. Highs will drop to the mid 80s on Monday with mostly sunny skies. The cool down won’t last long. Highs will warm back to the 90s starting Tuesday.

No tropical activity at this time.