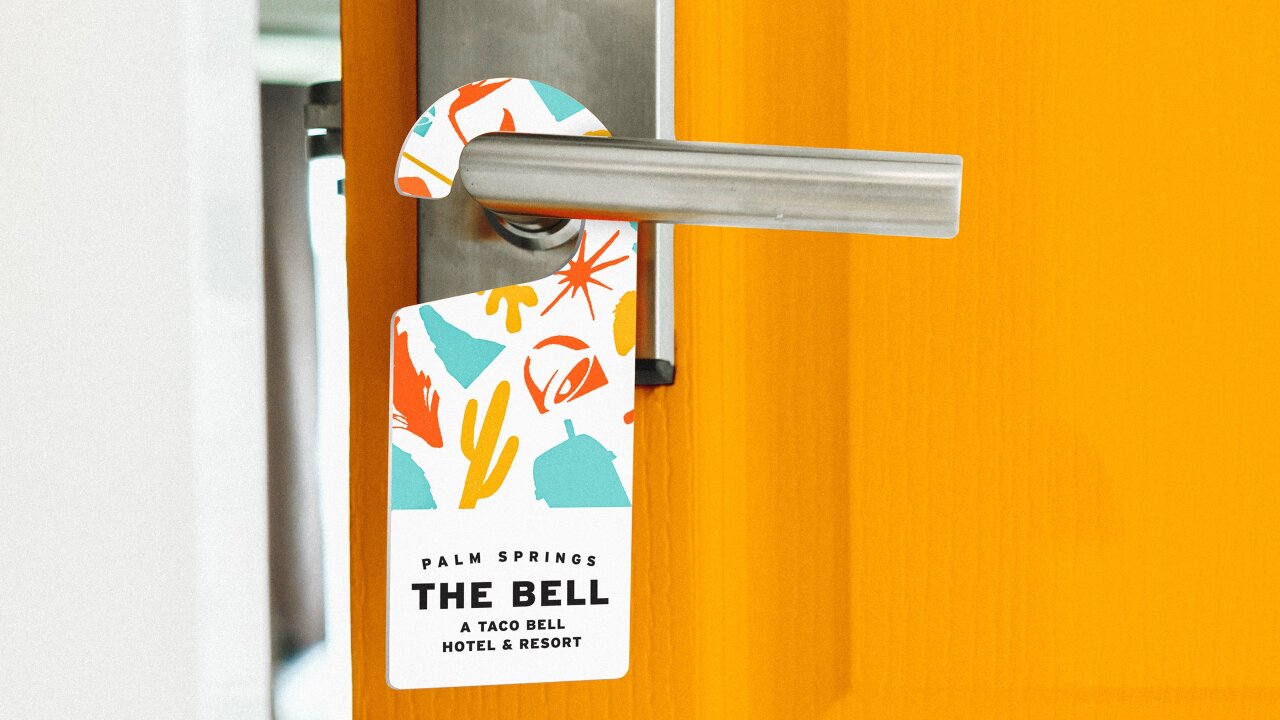 The resort has been called “The Bell: A Taco Bell Hotel and Resort.” It’s located in Palm Springs, California.

The company is taking over the V Palm Springs hotel for an extended weekend in August. The plans for an exclusive, Taco Bell-themed resort were released in May.

It’s a promotion, of course, and a common tactic for fast-food chains. The pop-up gives the restaurant a chance to set itself apart in a crowded market, where value meals may not be enough. Ideally, they raise brand awareness and create buzz around the brand on social channels.

Or, as Taco Bell executive Jennifer Arnoldt said in a statement: “We’re excited to give a peek into Taco Bell’s first hotel that is truly Taco Bell luxury at a value as we evolve how fans can celebrate with the brand this summer and beyond.”

Guests will wake up to a room service breakfast and dine on a variety of tacos, burritos, and other cheesy items throughout the day — catered by Taco Bell, of course. The company will also serve exclusive food items by the pool all weekend long.

But eating food isn’t the only activity at the resort.

Guests can spend their days floating across the pool on giant inflatable sauce packets while sipping drinks from The Baja Bar. The resort also boasts a salon, dive-in movies and a gift shop.

The hotel will be open from August 8-12.