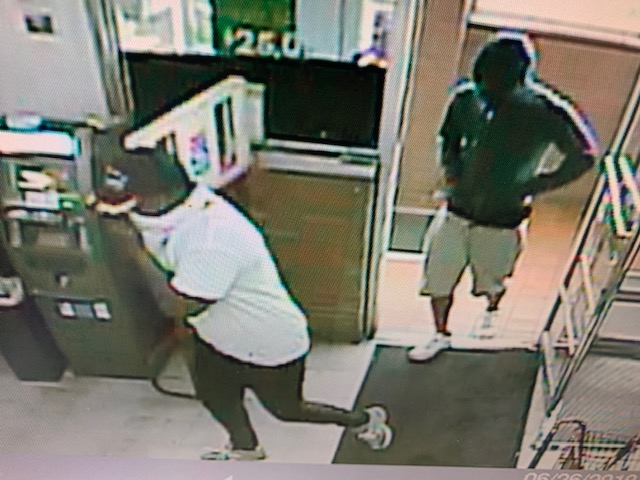 According to the department, at approximately 6:49 p.m., police communications received a 911 call from the Port Norfolk Market, located at 301 Mount Vernon Avenue, for an armed robbery.

When police arrived, they learned that two men entered the business and demanded money, with one of the men displaying a handgun. The clerk complied with the suspects’ demands, and no one was injured.

The suspects then fled the area on foot.

The first suspect is described as a black man between 30 and 32 years old, standing 6 feet tall and weighing between 220 and 240 pounds. He was wearing a black hat with a red and yellow design, a white shirt, black pants and gray shoes, and had a white shirt tied around his face.

The second suspect is described as a black man standing between 5 feet 7 inches and 5 feet 8 inches tall and weighing between 160 and 170 pounds. He was last seen wearing gray shorts, white shoes and a dark green hoodie, with the hood tied tightly around his face.

If you or someone you know recognizes these men and can help police, take action and call the Crime Line at 1-888-LOCK-U-UP. You can also submit a tip using the P3Tips app.