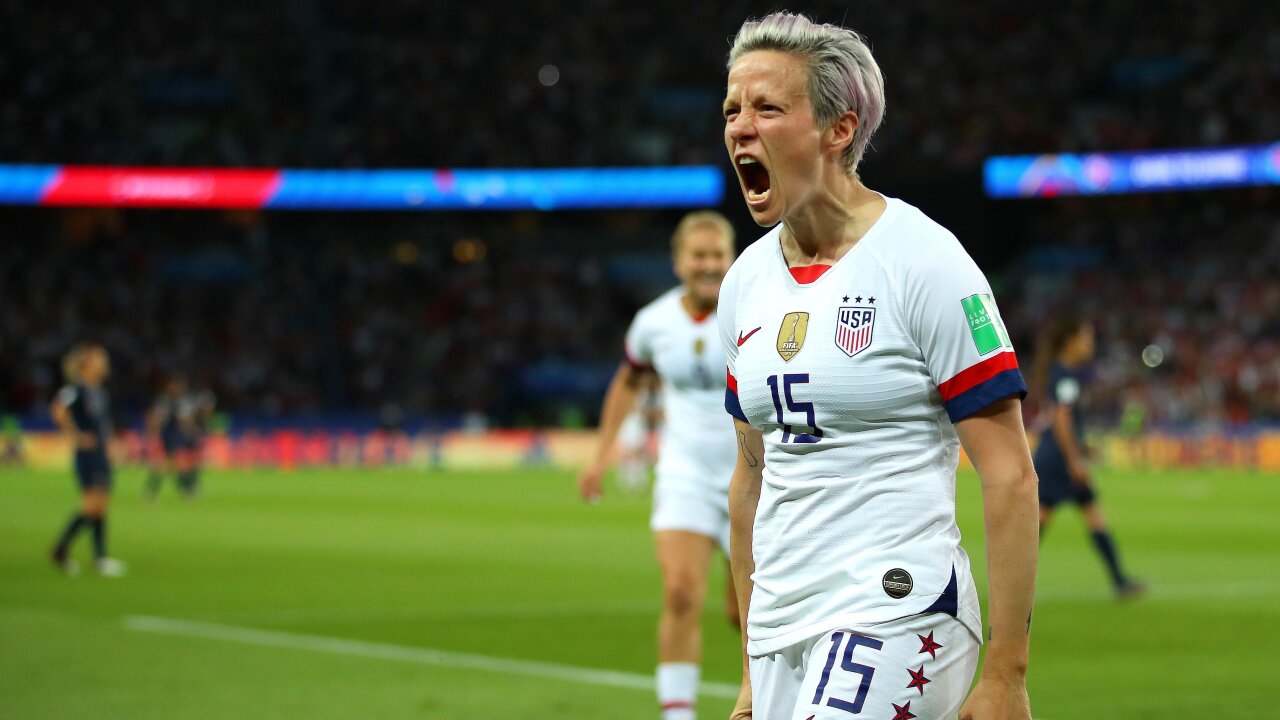 Every blockbuster needs a fine storyline and the script for this quarterfinal is one that will stand the test of time because it was Megan Rapinoe who was the match winner.

The most anticipated match of this Women’s World Cup did not disappoint. In a colossal contest on a balmy summer night in Paris, the US prevailed over host France to move a step closer to successfully defending its title.

Every blockbuster needs a fine storyline and the script for this quarterfinal is one that will stand the test of time because it was Megan Rapinoe who was the match winner.

Every blockbuster needs a fine storyline and the script for this quarterfinal is one that will stand the test of time because it was Megan Rapinoe — the USWNT co-captain who had irked US President Donald Trump earlier in the week — who was the match winner, scoring in each half to secure a hard-fought 2-1 win.

A knockout tie between arguably the two best teams in the world was always going to send a favorite packing. The reason why ticket prices had gone in the same direction as the mercury in the French capital for a match billed as “Le Grand Match” was because no-one could confidently predict how the match would unfold.

A drilled Rapinoe free-kick gave the defending champion a fifth-minute lead, and the midfielder doubled the advantage after the break by directing a Tobin Heath cross home.

With 10 minutes remaining, a Wendie Renard header raised the decibels inside the stadium and sowed some seeds of doubt and Les Bleues were denied a late penalty appeal but, after a pulsating 90 minutes, the experience, composure and calm of the US proved decisive against an opponent which had never been beyond the last eight of a World Cup.

Rapinoe, who had picked a fight with the US President for saying she would not go to the White House if the US were to win the tournament, had said she hoped the match would be a “total sh*tshow circus.” There were certainly plenty of talking points, much of which centered around the player herself.

Even before referee Kateryna Monzul had blown her whistle to start the match, US captain Alex Morgan had raised eyebrows by not singing the national anthem.

Related: France vs. USA: ‘A magnificent showcase’ for the Women’s World Cup

The USWNT’s star striker had sung the “Star-Spangled Banner” with gusto, and had also placed her hand on her heart, in the US’ first four matches of this tournament, but she stood silent along with Rapinoe, a player who has previously said she will probably never sing the anthem again, in Parc des Princes.

On a day where France had experienced record-breaking temperatures, the heat did not affect the opening stages of a match which had started at a frantic pace.

After conceding early, France worked its way back into the match, with Kadidiatou Diani in particular posing problems on the right flank, but despite dominating first-half possession Les Bleues could not draw level, a mistimed Diani header being as close as the host got.

The US began the second half aggressively, with Heath drawing a fine save from goalkeeper Sarah Bouhaddi at the near post, but France had chances and looked likely to draw level until the its defense was breached once again. Heath was given the freedom to burst down the right wing and picked out Rapinoe who was unmarked at the far post.

In the 74th minute Heath had thought she had scored her team’s third of the night, but the goal was ruled out for offside and from there on in France took over, giving the impression that it might stage an unlikely comeback.

The towering Renard, unmarked inside the box, headed home Amel Majri’s free-kick in the 80th minute for the defender’s fourth goal in five games. With the full-time whistle looming, France appealed for a penalty when Amel Majri’s cross hit the arm of Kelley O’Hara, but the referee, rightly, ignored France’s please and the US held on.

Next for Jill Ellis’ side will be England, who swept away Norway 3-0 in its quarterfinal, in Lyon.