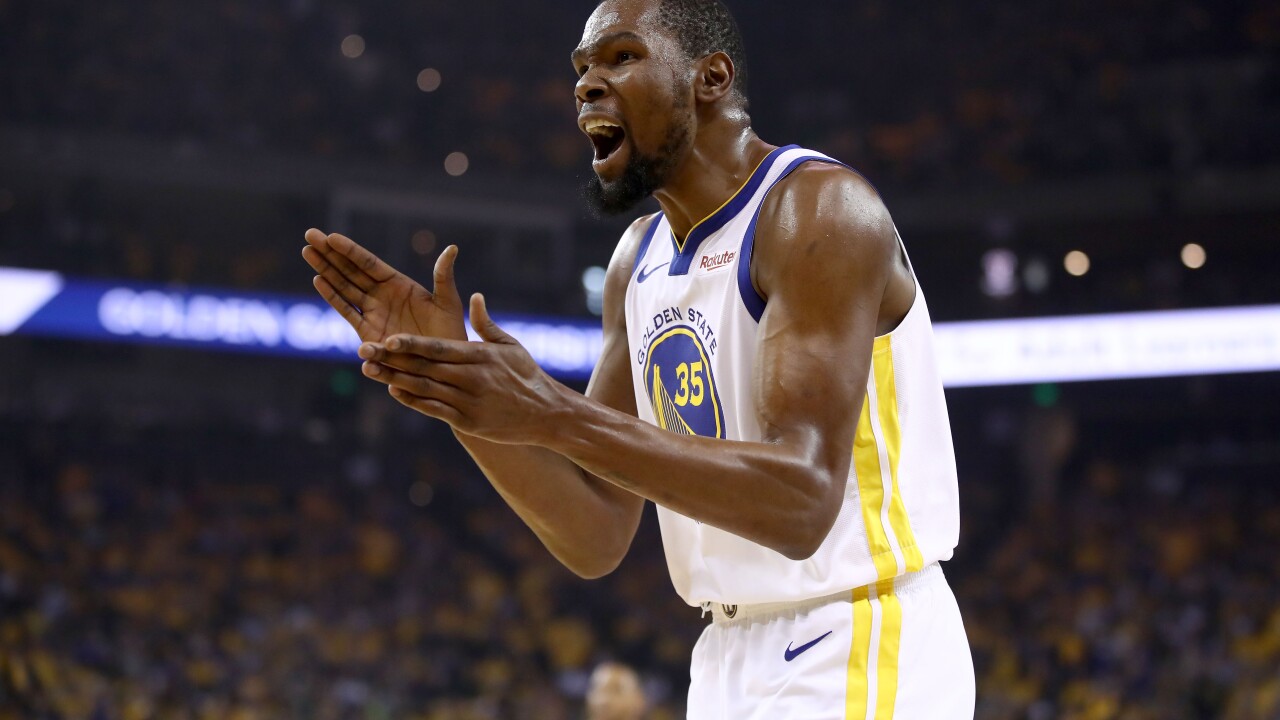 OAKLAND, CALIFORNIA – MAY 08: Kevin Durant #35 of the Golden State Warriors reacts during their game against the Houston Rockets in Game Five of the Western Conference Semifinals of the 2019 NBA Playoffs at ORACLE Arena on May 08, 2019 in Oakland, California. NOTE TO USER: User expressly acknowledges and agrees that, by downloading and or using this photograph, User is consenting to the terms and conditions of the Getty Images License Agreement. (Photo by Ezra Shaw/Getty Images)

He has signed a four-season, $164 million contract with the Brooklyn Nets, according to ESPN’s Adrian Wojarowski.

Durant is a six-time All Star who joined the Golden State Warriors in free agency in 2016. The team nabbed two straight NBA championships and made it to the finals this year before losing to the Toronto Raptors.

Durant tore his Achilles tendon during Game 5 of the 2019 Finals and is expected to miss the 2019-20 season. Durant is a top player in the NBA when he’s not nursing an injury.

The 30-year-old previously shot down a $31.5 million player option on his contract with Golden State.

Kyrie Irving, who currently plays for the Boston Celtics, and DeAndre Jordan, who’s currently on the New York Knicks’ roster, are also expected to sign with the Nets, according to ESPN.