Porch pirates take sick boy’s special gift, then return it with an apology 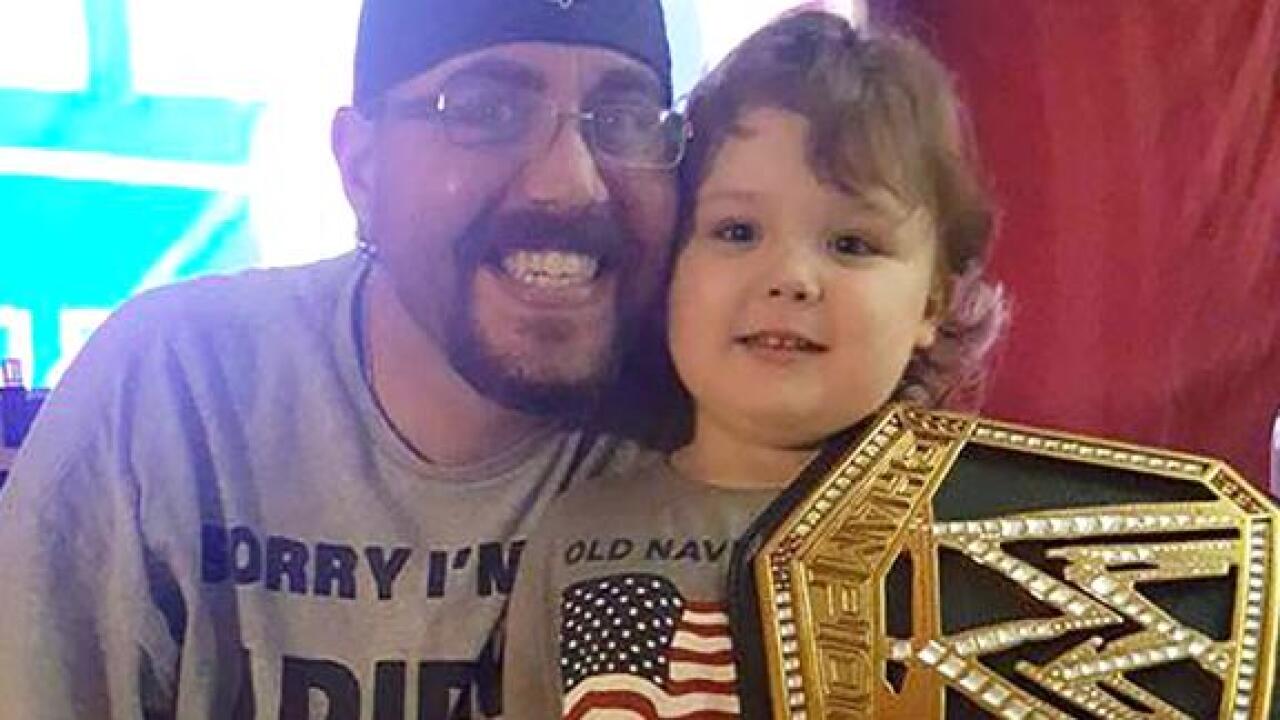 An autistic 5-year-old boy with a brain tumor will get back his bejeweled replica wrestling belt after a pair of repentant thieves learned of his plight.

For the Vicks of Seaford, Delaware, professional wrestling is “a family affair,” according to Timothy Vick Sr., whose son Timmy was diagnosed with the tumor in October. “It’s just a big family thing.”

Timmy’s parents sought to soften news of the illness by saving money to purchase a special gift for the boy: a replica WWE championship title belt.

To make the belt appear more authentic, the parents connected via Facebook with belt designer Sergio Moreira in Washington.

Moreira said he offered to do work free of charge, replacing the plastic gems with cubic zirconia and thickening the plates.

“It’ll be as close to the original belt that he sees on TV every day than any other belt he could buy in the market,” Moreira said.

The Vicks shipped the belt across the country, with the package being left on Moreira’s porch earlier this week. His door view camera then captured two thieves stealing the package.

But days after police released images of the thieves and local media told Timmy’s story, the two women returned to Moreira’s home with the belt and a four-page handwritten note of apology.

“They said they were homeless drug addicts and thought they could make a few extra dollars off of whatever was in the boxes,” he recalled.

“I could see the look on their faces, that they were very, very sad and they had been crying.”

Moreira said he hugged the women and asked them to take care.

He said he would be hesitant to file charges as long as the women seek help.

“I don’t see any other way to do it because everybody has something in their lives they’re dealing with,” he said.

The note from the women said, “We are so sorry for taking your stuff. Never in a million years would I have stolen from a sick five-year-old myself and am ashamed of what I did.”

The Edgewood Police Department in Washington posted a photo of the wrestling belt on Facebook this week with the message, “Talk about restoring your faith in humanity!”