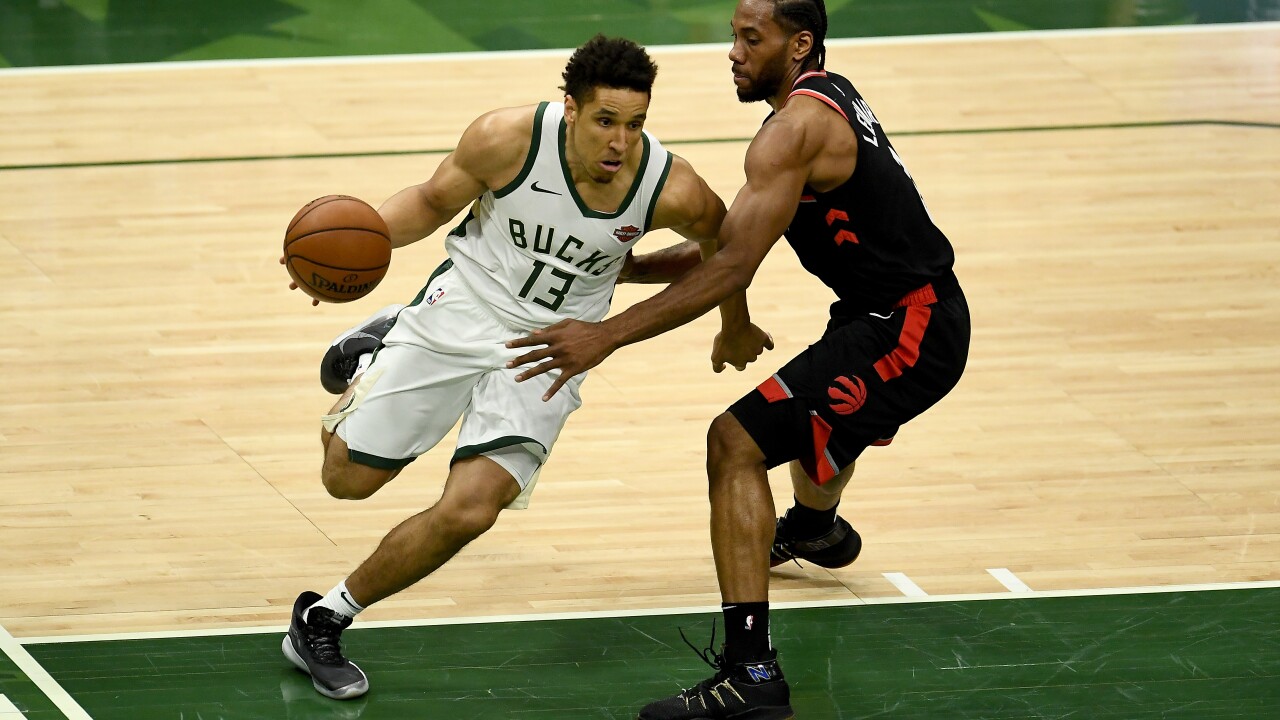 MILWAUKEE, WISCONSIN – MAY 15: Malcolm Brogdon #13 of the Milwaukee Bucks dribbles the ball while being guarded by Kawhi Leonard. (Photo by Stacy Revere/Getty Images)

MILWAUKEE – After spending three years with the Milwaukee Bucks, Malcolm Brogdon is signing with the Indiana Pacers.

As reported by Adrian Wojnarowski, Brogdon will sign a four-year, $85 million contract with the Pacers as part of a sign-and-trade. The Bucks will receive a first-round pick and two second-rounders as part of the deal.

Before his time in Milwaukee, Brogdon played at the University of Virginia, where he finished his career as UVA’s ninth all-time leading scorer with 1,809 points.