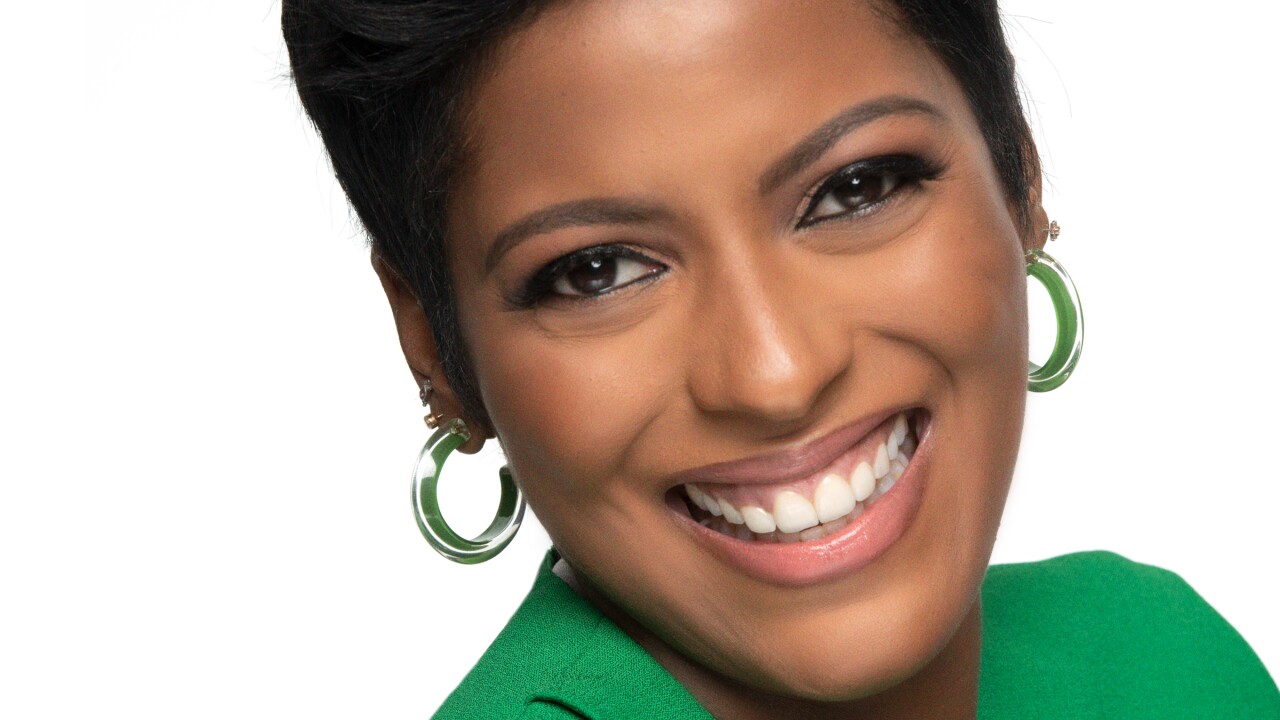 Tamron Hall is back – and she’s ready to share the stories that bring us together. So let’s talk about it, weekdays 4pm on WGNT 27!

An accomplished and award-winning journalist, Tamron Hall hosts the nationally syndicated daytime talk show, “Tamron Hall,” weekdays at 4pm on WGNT 27. From the deeply moving to the purely fun, “Tamron Hall” will be a daily destination for all things topical and a platform for viewers to connect with the people who are shaping our world through meaningful, engaging, and entertaining conversations. As a new mom, a newlywed, and a survivor who is proving you can accomplish anything at any age, Tamron Hall brings a refreshing, relatable, unpredictable, and unstoppable voice to television.

In addition, Tamron has hosted “Deadline: Crime with Tamron Hall” on Investigation Discovery since September 2013. The series, which is entering its sixth season, takes an in-depth look at crimes that shocked the nation. She also brought her signature reporting style to the “Guns On Campus: Tamron Hall Investigates” special that explored the importance of securing one’s personal safety on public property. In a powerful interview, Tamron brought together two survivors to lay out both sides’ positions behind this controversial debate among college campuses.

Tamron was part of the NBC News team as a co-host of the third hour of NBC News’ “TODAY” and the anchor of “MSNBC Live with Tamron Hall.” She received the 2015 Edward R. Murrow Award for Reporting: Hard News in Network Television for her segment on domestic violence as part of “TODAY’s” Shine A Light series. She has also hosted several special reports for MSNBC and NBC News including “Education Nation: Teacher Town Hall,” which was nominated for an Emmy Award in 2011, and she served as a correspondent for the NBC News special “The Inauguration of Barack Obama,” which won an Emmy for Outstanding Live Coverage in October 2010.

Prior to joining MSNBC in July 2007, Tamron spent 10 years at WFLD in Chicago, where she held a number of positions including general assignment reporter, consumer reporter and host of the three-hour “Fox News in the Morning” program. She also anchored the weekday mornings and served as a noon anchor. While at WFLD, she covered several breaking news stories including one of Amtrak’s most devastating accidents in Illinois, and she secured a one-on-one interview with Sen. Barack Obama shortly before he announced his run for the presidency. Tamron was nominated for an Emmy for her consumer report segment, “The Bottom Line,” which she launched in 1999. Before joining WFLD, she spent four years as a general assignment reporter at KTVT in Dallas. She began her broadcasting career at KBTX in Bryan, Texas, as a general assignment reporter.

Tamron was the recipient of Temple University’s prestigious Lew Klein Alumni in the Media award in 2010 and in 2015, was appointed to Temple’s Board of Trustees. In 2016, she received an Honorary Doctorate from Peirce College and most recently she was a Variety Power of Women Honoree. She is involved with several charitable organizations that strive to end homelessness and illiteracy, as well as others that fight domestic abuse. She has been recognized by Day One, a New York-based advocacy group for victims of domestic violence, for her work and support and she received the Ackerman Family Advocate Award for her efforts to raise awareness for families who have a loved one experiencing abuse. Safe Horizon honored Tamron with the 2014 Voice of Empowerment award and most recently, they teamed up with Tamron to launch The Tamron ❤ Renate Fund in honor of her sister to help victims and families affected by domestic violence. In addition, Tamron is an active member of the National Association of Black Journalists.

Tamron is a native of Luling, Texas, and she holds a Bachelor of the Arts degree in Broadcast Journalism from Temple University.