Decorated Navy SEAL team leader Eddie Gallagher was found not guilty of premeditated murder in the death of an ISIS prisoner in Iraq.

While Gallagher was serving Mosul in 2017, Navy prosecutors said he killed a young ISIS fighter who was being treated by US medics, posed for photos next to his corpse and then pressured other SEALs not to report him. He was also accused of shooting at noncombatants.

In total, the chief special warfare operator faced seven criminal counts. He was found not guilty of all but one charge, posing for a photo with a human casualty.

He faces a maximum sentence of four months when he is sentenced later Tuesday, although he has already served 201 days.

Gallagher’s lawyer, Tim Parlatore, called the verdict a “huge weight” off Gallagher’s shoulders and a “victory for justice.”

The defense never disputed that Gallagher took the photo. They chalked it up to dark humor and said it did not prove that he committed murder or tried obstruct justice.

The defense portrayed Gallagher as an “old-school, hard-charging warrior” who was targeted by younger “millennial” SEALs who harbored “personal animosity” toward him.

But prosecutors said the photo, along with Gallagher’s own words and actions, proved that he intentionally killed the teen and then tried to conceal what happened. 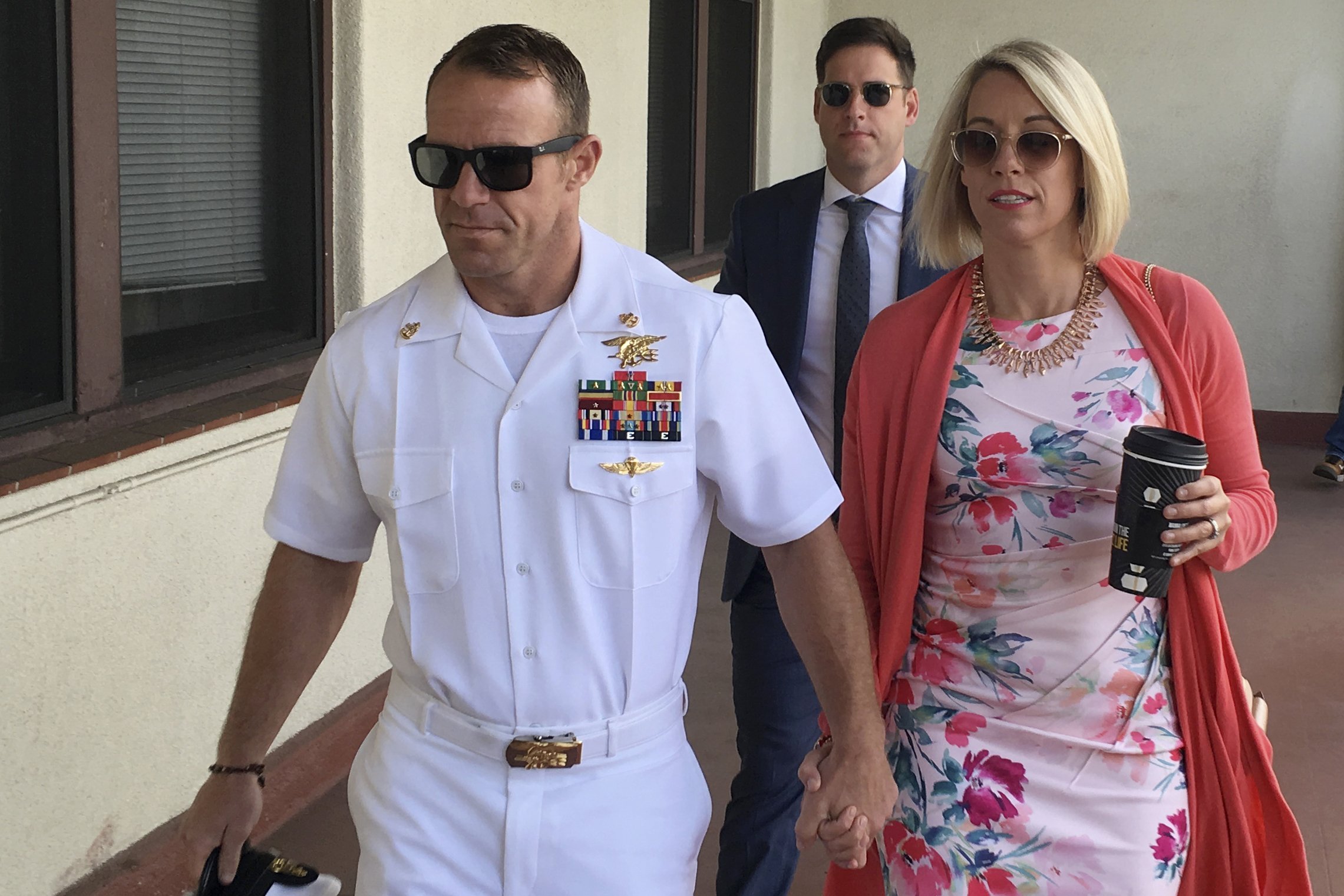 The case took an unexpected turn when a key prosecution witness testified that he caused the prisoner’s death, not Gallagher.

Special Operator First Class Corey Scott, a SEAL medic, said that he saw Gallagher pull out his knife and stab the prisoner under his collar bone at least once.

On cross-examination, Scott told the defense that he never saw any blood after the stabbing. That’s when Scott claimed he caused the prisoner’s death by holding his thumb over his trachea tube until he suffocated.

Scott described the killing as an act of mercy because he was concerned the boy — a prisoner of the Iraqi forces — would be tortured by the Iraqis.

Scott did not admit to killing the prisoner in previous interviews with investigators and prosecutors. He testified that he was only doing so now because he was granted immunity, which means he cannot be prosecuted for his testimony.

An angry prosecutor called him a liar. He might now face a perjury charge.

Gallagher was accused of premeditated murder, willfully discharging a firearm to endanger human life, posing for a photo with a casualty, retaliation against members of his platoon for reporting his alleged actions, obstruction of justice, and the attempted murders of two noncombatants, a man in June 2017 and a young girl the next month.