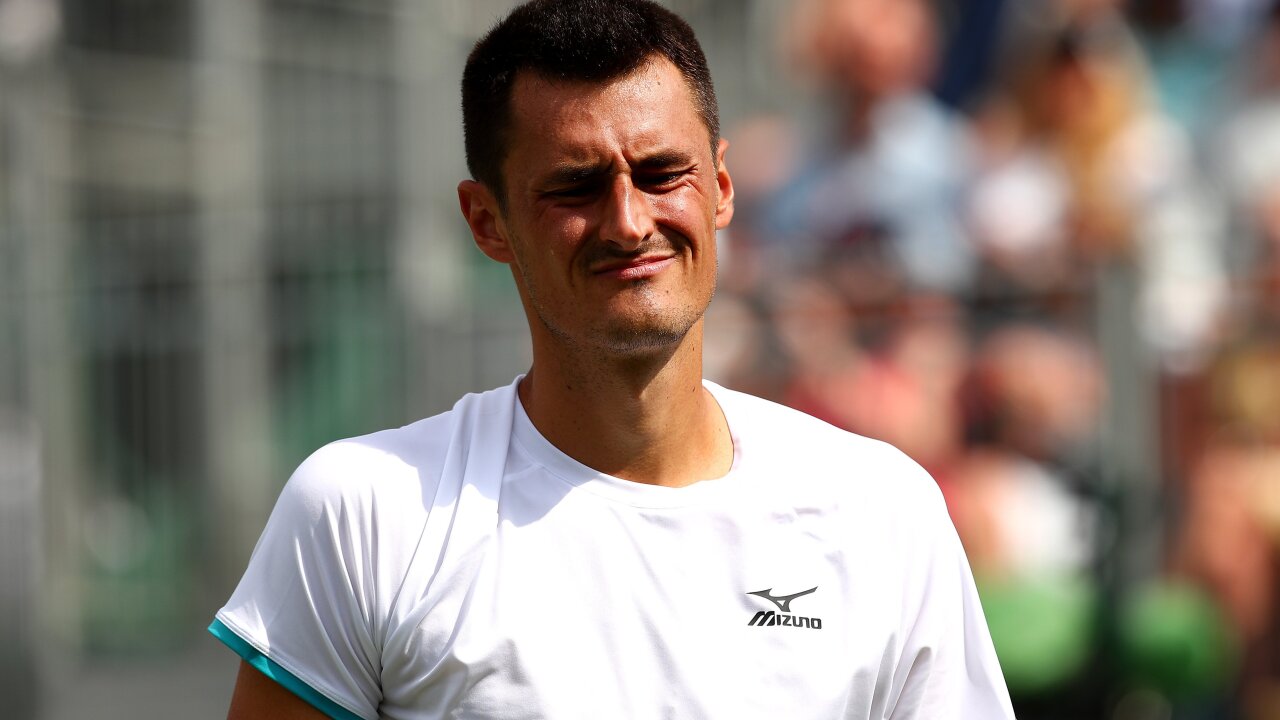 Australia’s Bernard Tomic has been fined his full Wimbledon prize money for not meeting the “required professional standard” during his lackluster 58-minute first-round defeat by Jo-Wilfried Tsonga.

Wimbledon officials penalized Tomic for his lack of effort and professionalism after failing to chase down balls and appearing indifferent to the result.

“All players are expected to perform to a professional standard in every Grand Slam match,” tournament organizers said in a statement Thursday.

“It is the opinion of the Referee that the performance of Bernard Tomic in his first-round match against Jo-Wilfried Tsonga did not meet the required professional standards, and therefore he has been fined the maximum amount of £45,000 which will be deducted from prize money.”

In his post-match press conference following the defeat, Tomic looked like he’d rather be anywhere but there.

Slouched in his chair, avoiding eye contact and rubbing his face with his hands, Tomic was asked if he thought he might be fined.

Tomic’s response: “What for?”

The Queenslander said he played “terrible” and when asked if he was happy with the effort he put in, Tomic simply said: “Next question.”

This isn’t a first for Tomic.

Tomic can appeal against Wimbledon’s decision.