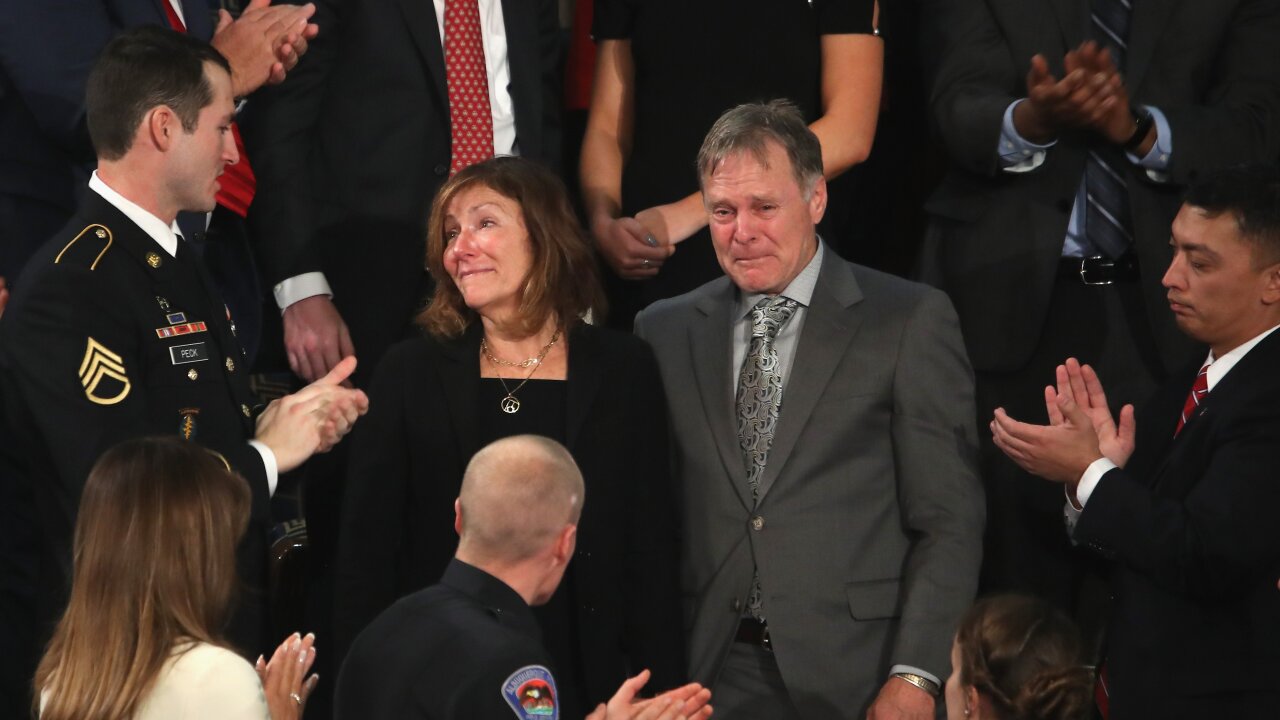 The parents of Otto Warmbier filed a claim for a North Korean cargo ship that was seized by the US in May, noting the asset could be used to pay off part of the family’s $500 million judgment against the country

The parents of Otto Warmbier filed a claim for a North Korean cargo ship that was seized by the US in May, noting the asset could be used to pay off part of the family’s $500 million judgment against the country.

In December, a federal judge awarded the Warmbier family more than half a billion dollars in a wrongful death suit against the North Korean government.

North Korea never engaged in settlement discussions, according to the new filing, “Hence, the Warmbiers are left to chase down the assets of North Korea to recover what they can for the torture and death of their son at the hands of North Korea’s dictator, who with “his cronies, show(s) no regard for human life.””

“We are committed to holding North Korea accountable for the death of our son Otto, and will work tirelessly to seize North Korean assets wherever they may be found,” Fred and Cindy Warmbier said in a statement.

The seized ship was used to transport coal from North Korea that was sold in other countries, including China, the Justice Department said in May. The US and the United Nations have said that North Korea has used illicit sales of its coal to fund the country’s nuclear weapons and ballistic missiles program.

In a statement at the time, senior Justice Department officials called the seizure the first of its kind, and said it was part of the US campaign of “maximum pressure” against the North Korean government.

“This sanctions-busting ship is now out of service,” said Assistant Attorney General John Demers, the head of the Justice Department’s National Security Division. “We are deeply committed to the role the Justice Department plays in applying maximum pressure to the North Korean regime to cease its belligerence.”

The Wise Honest was North Korea’s second largest merchant ship and was capable of carrying tens of thousands of tons of cargo. Prosecutors said the ship was also used to haul heavy machinery into North Korea, including 412,584 kilograms of “steel plate.”

Otto Warmbier was a University of Virginia student when he was detained in January 2016 during a brief sightseeing tour of the reclusive state. He was held captive by the North Korean regime for over a year, before being released back to the US in June 2017.

Then 22 years old, Warmbier returned home to Ohio in a vegetative state — blind, deaf, and having sustained severe brain damage from his time in detention. He died on June 19, 2017, days after the Trump administration had secured his return.