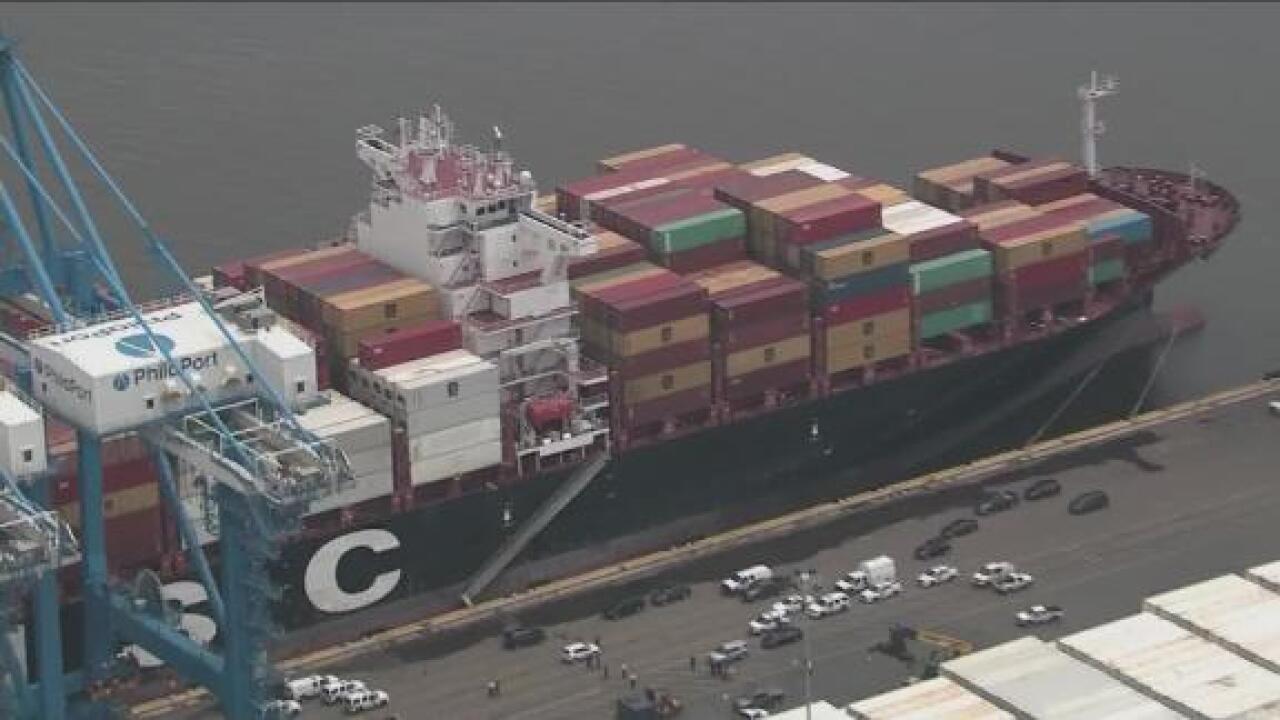 PHILADELPHIA – US authorities in Philadelphia seized a cargo vessel in June with nearly 20 tons of cocaine on board. The ship, as it turns out, is owned by a fund run by banking giant JPMorgan Chase.

A source close to the situation said on Wednesday that the ship, the MSC Gayane, is part of a transportation strategy fund run for the bank’s asset management unit.

That means JPMorgan Chase does not have any operational control of the vessel, a Liberian-flagged ship that is run by the Swiss-based Mediterranean Shipping Company. The bank had no comment.

Law enforcement agents boarded the MSC Gayane on June 17 and found the cocaine, which is said to have a street value of about $1.3 billion.

At the time, just the drugs were seized by the United States Customs and Border Protection (CBP) agency. But the US Attorney’s Office for the Eastern District of Pennsylvania announced on Monday that it had issued a warrant on July 4 that allowed the CBP to take custody of the ship itself as well.

“A seizure of a vessel this massive is complicated and unprecedented — but it is appropriate because the circumstances here are also unprecedented,” said US Attorney William McSwain in a statement Monday.

“When a vessel brings such an outrageous amount of deadly drugs into Philadelphia waters, my Office and our agency partners will pursue the most severe consequences possible against all involved parties in order to protect our district — and our country,” McSwain added.

Mediterranean Shipping Company (MSC) said in a statement on June 18 that “unfortunately, shipping and logistics companies are from time to time affected by trafficking problems. MSC has a longstanding history of cooperating with U.S. federal law enforcement agencies to help disrupt illegal narcotics trafficking.”

MSC added in an update Tuesday that it is cooperating with law enforcement and is not a target of the US government’s investigation.

“Seizing a vessel of this size is an unusual enforcement action for CBP, but is indicative of the serious consequences associated with an alleged conspiracy by crewmembers and others to smuggle a record load of dangerous drugs through the United States,” added Casey Durst, the CBP’s Director of Field Operations in Baltimore.

MSC said that the ship was en route to northern Europe at the time it was seized, and that aside from the containers held by authorities in the United States, all other cargoes have been sent along to their destinations on other MSC vessels.

Aside from a small number of containers that are being held by the authorities as part of the investigation, the remaining shipments on the MSC Gayane have been transferred to other vessels and sent on to their respective destinations, MSC said.