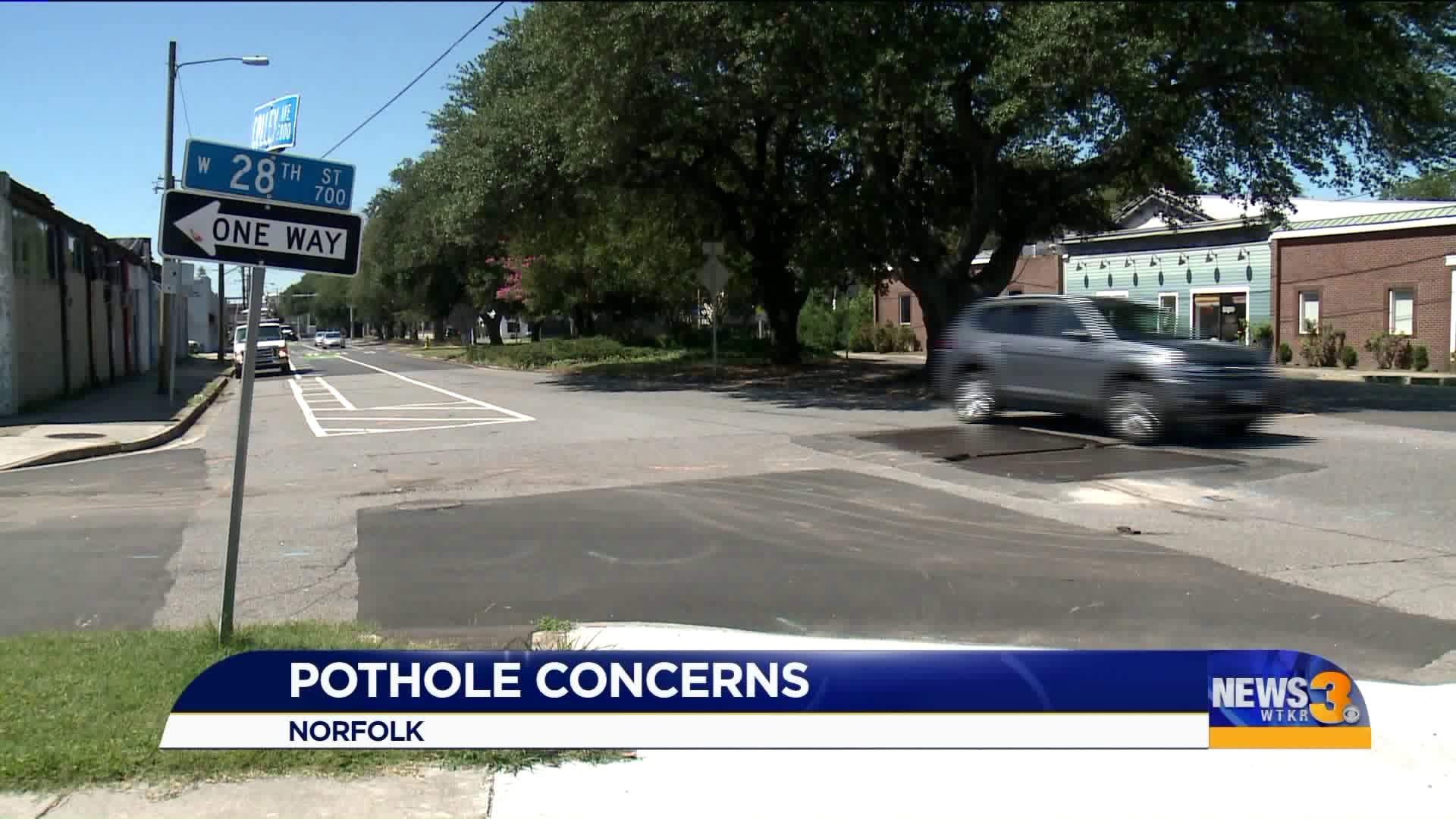 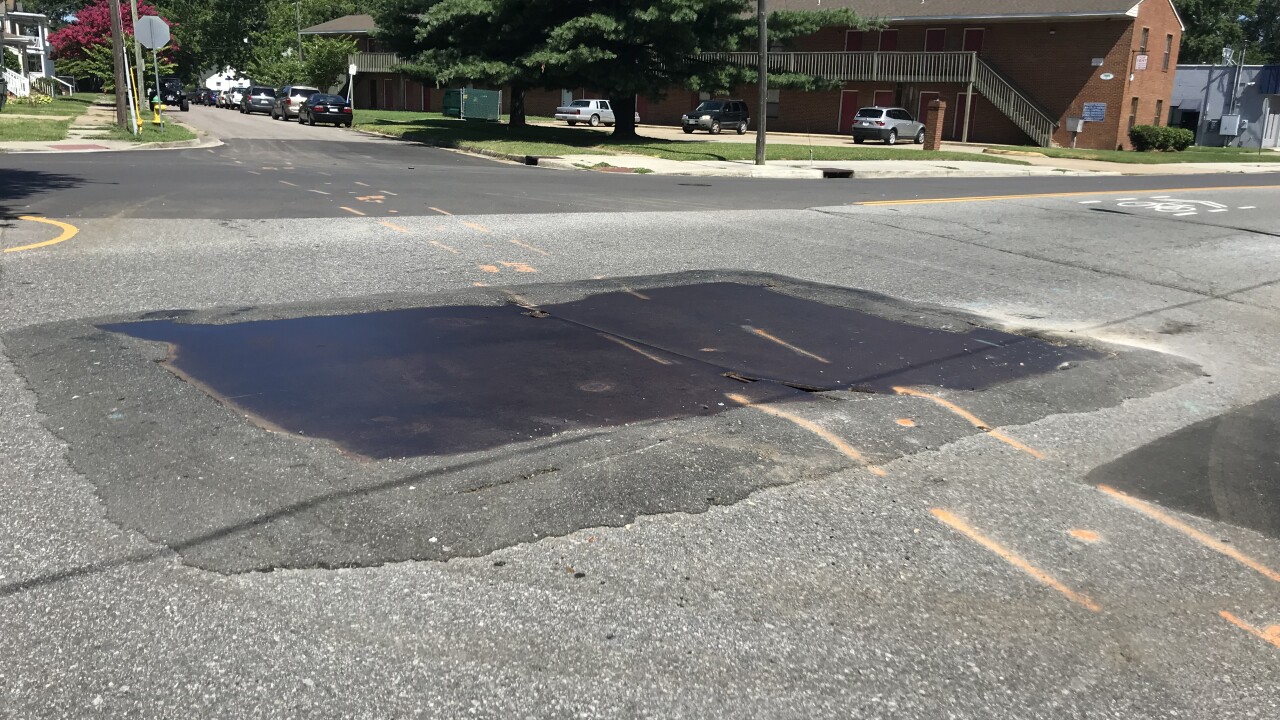 NORFOLK, Va. - Neighbors in the Park Place section of the city are fed up. Since September 2018, they have watched a pothole near the intersection of 28th Street and Colley Avenue turn into a major road problem.

In several emails to News 3, a neighbor says the issue started as a pothole that would come back each year.

When the city came out to fix the problem, they say they discovered an issue with the pipes underground. As a temporary fix, the city put down metal plates. News 3 reached out to the city for confirmation on how the road issue began, but officials did not immediately respond.

Two large steel plates now sit in the intersection. Those who work and live in the area tell News 3 the plates have become a traffic hazard.

"I’ve seen stuff fall off the back of trucks like ladders, wheelbarrows and paint cans -- it’s a hazard," said one man who did not want to give his name. "It's hazardous for vehicles alone just to ride over it. If you ride over it too fast, there's no telling what it can do to the suspension on a vehicle. It can cause a driver to lose control."

A spokesperson with the City of Norfolk said in a text message on Wednesday that work on the water main will begin in July, but did not give a specific date. The text message also said that the utilities department has notified residents and local businesses regarding the scheduled maintenance.

People who spoke to News 3 Wednesday said they haven't heard anything from the city about the project.

"There hasn’t been any information given about a timeline of when this is going to get fixed," one man said.

On Thursday the city gave us an update and said:

"The steel plate is covering a location where the Department of Utilities needs to make a water main repair. We are having a valve fabricated for insertion into the main at that location; this will allow us to make repairs to the water main with minimal impacts to our customers. This is a complex issue and the Department of Utilities has been working with the City’s Right-of-Way Administrator and our contractor to come up with an optimal plan for the repair. Our contractor will be installing the new valve in August.

We recently sent a bulletin to 400 residences and businesses in the affected area and will have an inspector onsite daily during construction to answer any questions that neighbors may have."