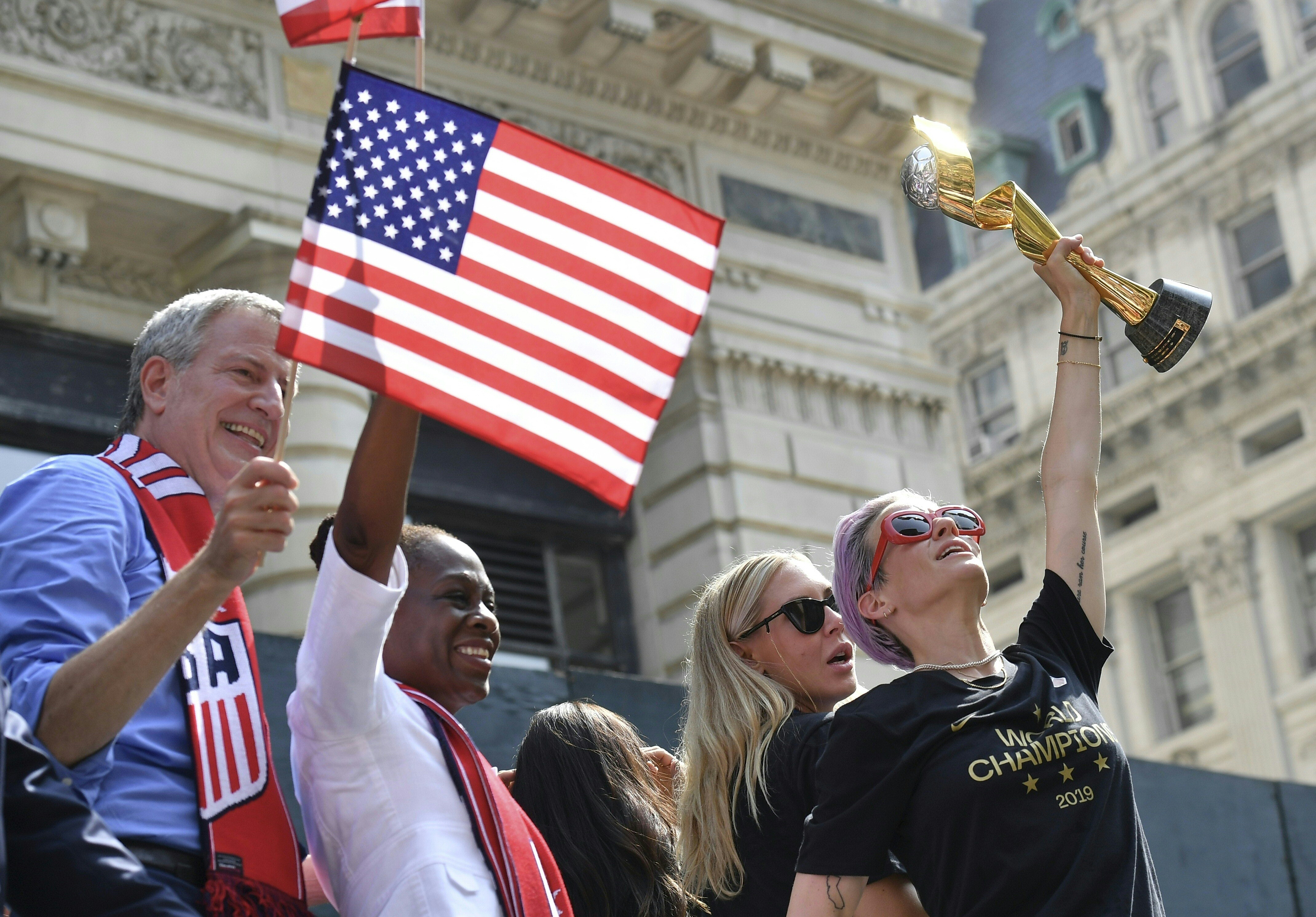 On Wednesday, the soccer team was celebrated with a ticker tape parade in New York City.

The last ticker tape parade was held in July 2015 after the women’ national team defeated Japan 5-2 to win the World Cup, according to the Alliance for Downtown New York, a commercial advocacy, research, and information group. The team was the first female athletes to be honored with a ticker tape parade at the time, the Alliance said.