As Tropical Storm Barry slogged toward the Gulf Coast on Friday, the mayor of New Orleans, worried about flooding in some areas, called for residents there to consider evacuating.

Inside the city’s vast flood protection system, residents are asked to be home by 8 p.m. and to stay indoors after that. Those outside of levee protection are being asked to voluntarily evacuate as floodgates in the city are being closed.

“What we are faced with, as we’re being told, is heavy rain, a slow-moving storm,” Mayor LaToya Cantrell told CNN’s “The Situation Room with Wolf Blitzer.”

Barry strengthened Friday as it spun in the Gulf of Mexico and is expected to be a hurricane Saturday when it hits Louisiana’s central coast, the National Hurricane Center said.

Devastating flooding is predicted, as Barry’s unrelenting rain, more than its wind, poses the most peril to the millions in its path.

The storm at 5 p.m. ET Friday had maximum sustained winds of 65 mph, 9 mph shy of Category 1 hurricane status, the hurricane center said. Crawling along at 6 mph, it was 110 miles west-southwest of the mouth of the Mississippi River and 70 miles south-southeast of Morgan City, Louisiana.

Ten to 15 more inches of rain are on the way, CNN meteorologist Derek Van Dam said, threatening to inundate ground already soaked from a Wednesday storm that flooded some New Orleans homes and businesses.

Tanya Gulliver-Garcia, a resident of the city’s Broadmoor neighborhood, had already planned to fly Friday night to New York. Her trip now will be what her friend calls a “hurrication.”

She’ll leave behind neighbors and friends who lived through Hurricane Katrina, the deadly 2005 storm that still looms large in the minds of many New Orleanians, she told CNN.

“This storm is stressing them out,” she said. “Trauma stays in your body, and Katrina left a lot of trauma behind.”

President Donald Trump has declared a state of emergency for Louisiana, where officials activated 3,000 National Guard members in anticipation of the destruction Barry might bring, Gov. John Bel Edwards said.

“Heed the warnings,” he told CNN’s John Berman on Friday, pointing out that fatalities often happen when motorists try to drive through floodwater.

“It’s deeper than they believe it to be, and also there’s current that sometimes is imperceptible,” Edwards said. “We need individuals to not drive through standing water.”

People are under a hurricane warning along the Louisiana coast from south of Lafayette to south of New Orleans.

Another risk looms in the Mississippi River. Usually at 6 to 8 feet this time of year around the Big Easy, the river is at 16 feet after a year of record flooding, and Barry could push in a storm surge of 2 to 3 feet.

Officials are “confident that there will not be overtopping of the levees in New Orleans,” Edwards told CNN Friday. Still, the unusual confluence of factors is rattling nerves along the “sliver by the river,” a swath of relatively high ground along the Mississippi that’s less likely to flood in typical rain and hurricane storm surge events than other areas.

Barry is the first tropical storm system of the 2019 season to approach the United States. 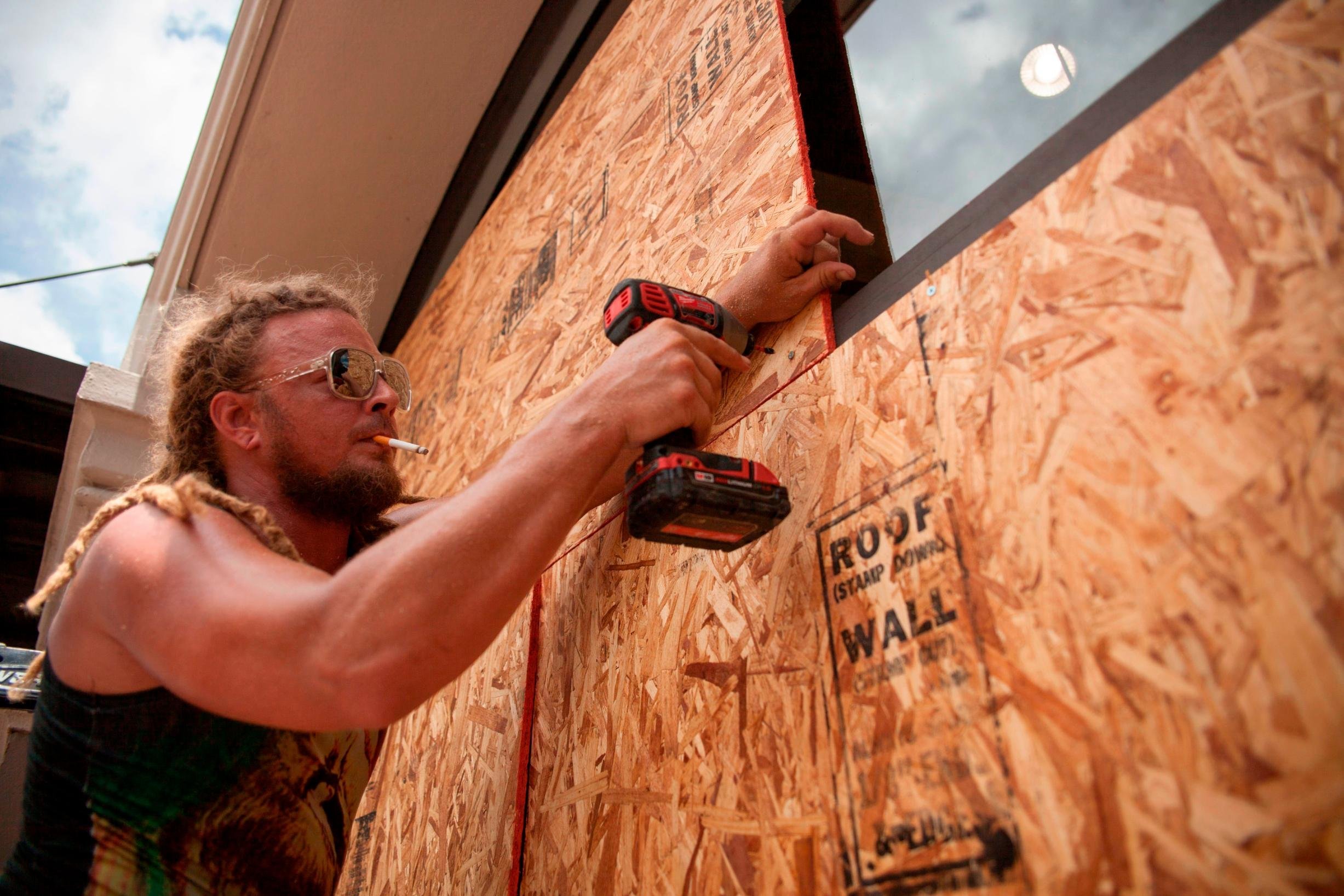 Stocking up or moving out

Many residents aren’t eager to endure the expense and effort of leaving, compared with what could be a few uncomfortable hours or days without power. Many also want to stay home so they can bail water if it rises, then dry out floors and drywall as soon as it recedes.

People aren’t panicked, said Heather Cafarella, a bartender. Her shift at R Bar on Wednesday was mostly locals who gathered for a “hurricane party” and picked each other’s brains about evacuating.

She looked outside Thursday at a sunny street. “The calm before the storm is so deceiving,” she said.

Some people, including Kristopher Williams, are staying behind to protect their pets and their belongings.

“Everything I own is in it,” he said of his truck. “I’m not an ignorant person. I know the dangers. I also know how to get out of just about any bind I encounter.”

Others who choose to stay home might do so because they don’t have the means to get out.

Gulliver-Garcia worries about those with limited options, she said, adding that she knows people across the country who would take her in at a moment’s notice.

“Many people in this community don’t have that luxury,” she said.

Herb James has lived in New Orleans since he was 11 years old. Leaving town for Barry did not figure into his priorities.

Now 38, he was more concerned Thursday about a scooter he’d rented. It wouldn’t start after getting caught in water, and he was worried about having to pay the rental company for the damaged vehicle.

New Orleans’ network of stormwater drainage pumps, underground pipes and canals were overwhelmed earlier this week by rain. And though water piled up briefly on some streets, the storm was a good test of the drainage system, Edwards said.

“It performed well,” he said, adding, “you never know exactly what Mother Nature’s going to throw at you. … But I’m confident that New Orleans is going to weather this storm (Barry) in pretty good fashion.”

Mobile, Alabama, can expect heavy rain that may lead to flash flooding, as well as a high risk of rip currents and a surf up to 8 feet, the National Weather Service tweeted early Friday.

The Florida Panhandle has seen double red flags go up in some areas, closing beaches, the weather service said.

The Mississippi Delta region is at risk for tornadoes beginning Friday evening.