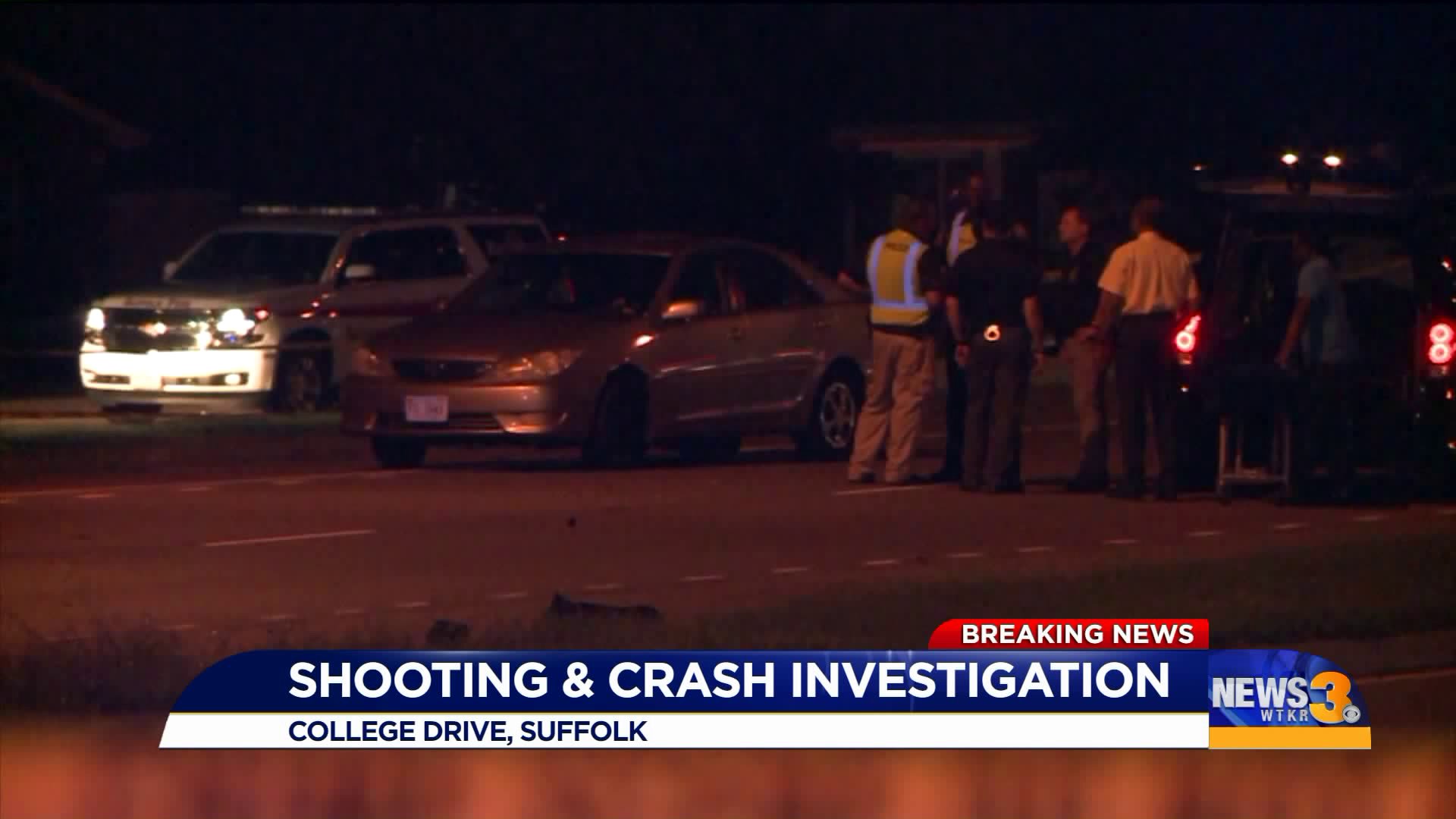 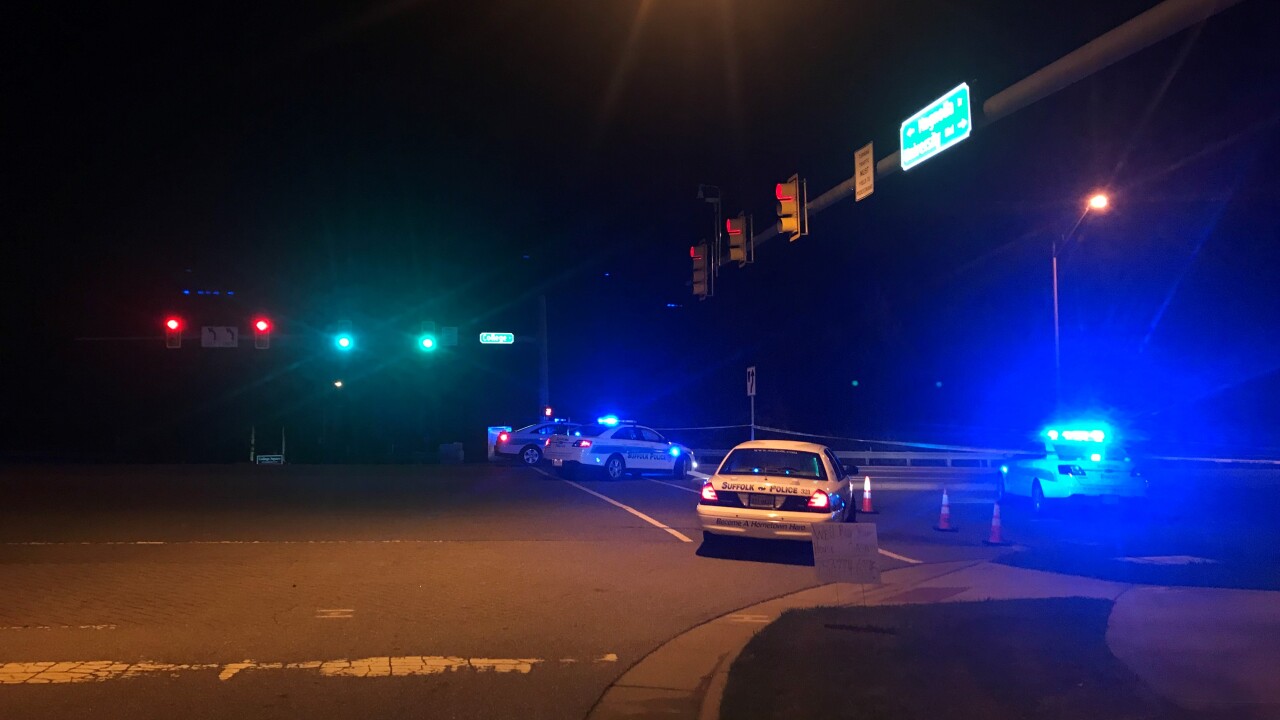 SUFFOLK, Va. – A man has died after a two-vehicle crash in the 6000 block of College Drive Friday evening.

Dispatchers received a call advising of a crash involving three passenger vehicles shortly after 6 p.m. After further investigation, police determined that only two vehicles were involved.

The driver of one of the vehicles was found to have suffered from a gunshot wound. Identified as 19-year-old Sidney Watson of Chesapeake, he was pronounced dead at the scene. Police announced Saturday that they are investigating Watson’s death as a homicide.

The passenger of the vehicle who was reported to have been taken to a local hospital also suffered from a gunshot wound. Police say the passenger’s injuries are non-life-threatening and he was treated and released. He has been identified as 19-year-old Jaylon Marquis Hamilton.

No suspect has been identified at this time.