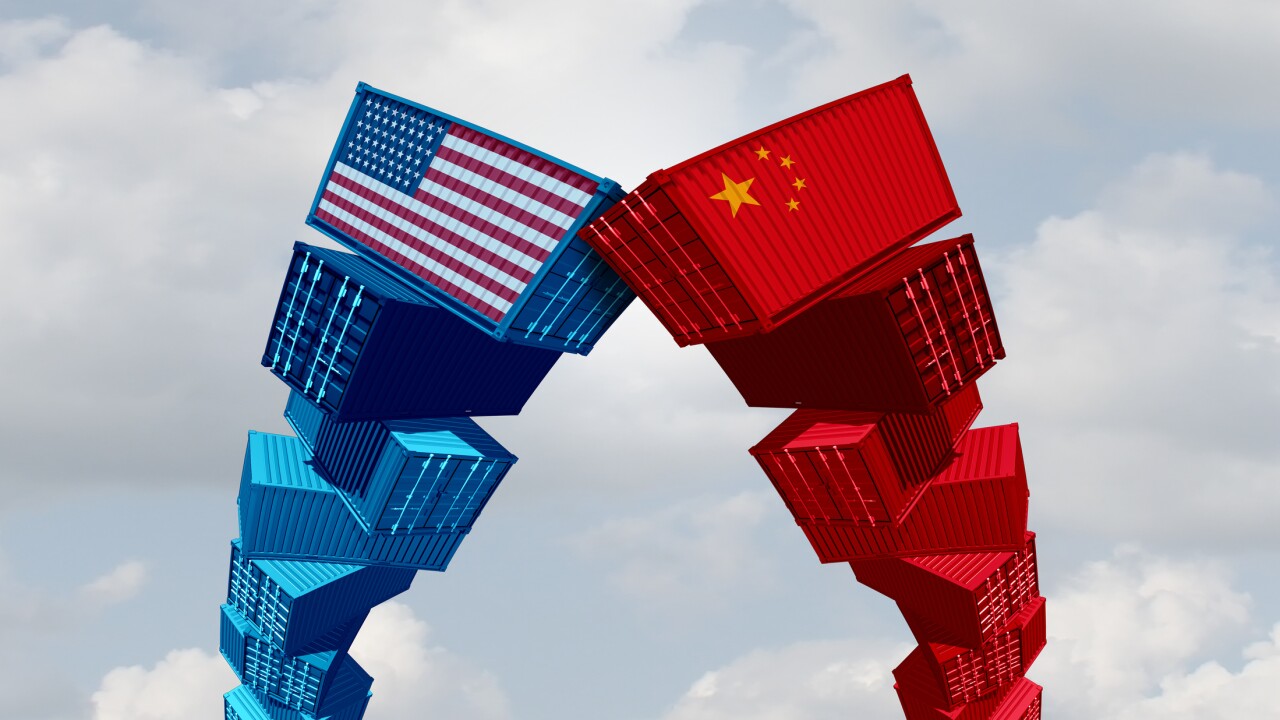 US China trade war and United States or American tariffs as two groups of opposing cargo containers as an economic taxation dispute over import and exports concept as a 3D illustration.

China’s economic growth has slumped to its lowest level in nearly three decades as the world’s second largest economy feels the effects of a prolonged trade war with the United States.

The country’s gross domestic product grew at 6.2% in the quarter ended June, the slowest quarterly growth rate since 1992 and down from 6.4% in the previous quarter, according to government figures released on Monday.

And the Chinese economy will continue to face “downward pressure” in the second half of this year, the country’s National Bureau of Statistics said in a statement.

“The Chinese economy is still in a complex and grave situation,” it said. “Global growth has slowed and external uncertainties are on the rise.”

Beijing and Washington recently agreed a temporary truce in their months-long trade war and are planning to restart trade talks.

White House trade adviser Peter Navarro said in an interview with CNBC on Friday that US Trade Representative Robert Lighthizer will travel to Beijing with Treasury Secretary Steven Mnuchin in the near future.

But analysts say question marks remain over whether the two sides can reach a deal to remove tariffs introduced over the past 12 months.

“Uncertainty caused by the US-China trade war was an important factor and we think this will persist,” said Tom Rafferty, principal economist, China at The Economist Intelligence Unit.

“Businesses remain skeptical that the two countries will reach a broader trade agreement and recognize that trade tensions may escalate again,” he added.

The growth numbers come after China reported a fall in both exports and imports for the first six months of this year, indicating the toll the trade war is having on an economy already suffering from weaker domestic demand.

China’s exports fell 1.3% year-on-year for the first half in dollar terms, while imports dropped 7.3%.

The country recorded a sharper decline in exports to the United States, which decreased 8.1% for the first six months of 2019. Imports from the US plunged 30% year on year.

The trade war and China’s economic slowdown has already hit some of the world’s biggest businesses.

Apple’s sales in China have tumbled. Its revenue in the Greater China region, which includes Hong Kong and Taiwan, dropped 21.5% in the second quarter from the same period a year ago, to $10.22 billion. Greater China accounted for about 18% of Apple’s total revenue.

Global auto brands are also suffering as the world’s largest car market slows further this year, following its first contraction in decades in 2018. Chinese consumers are less willing to make big ticket purchases in the uncertain environment, while a government campaign against deadly levels of pollution is also having an impact.

Still, the trade war is helping others at the same time it’s hurting China’s growth.

Americans are buying more from suppliers in Vietnam, Taiwan, Bangladesh and South Korea as they try to avoid US tariffs on Chinese consumer goods, according to data released by the Census Bureau.

Analysts expect Beijing to unveil more stimulus measures to stabilize growth, including boosting infrastructure spending and possible interest rate cuts by the country’s central bank, the People’s Bank of China. The US Federal Reserve has also signaled it may lower interest rates.

“While the PBOC has already delivered stimulus this year, markets are awaiting. .. additional measures, which will probably come if trade talks collapse,” said Edward Moya, a senior market analyst at Oanda. “If talks steadily progress, we will still probably see the [bank] deliver fresh stimulus following the Fed’s highly anticipated rate cut at the end of the month. “