James Fields, who plowed his car through a crowd at 2017 Charlottesville rally, gets second life sentence 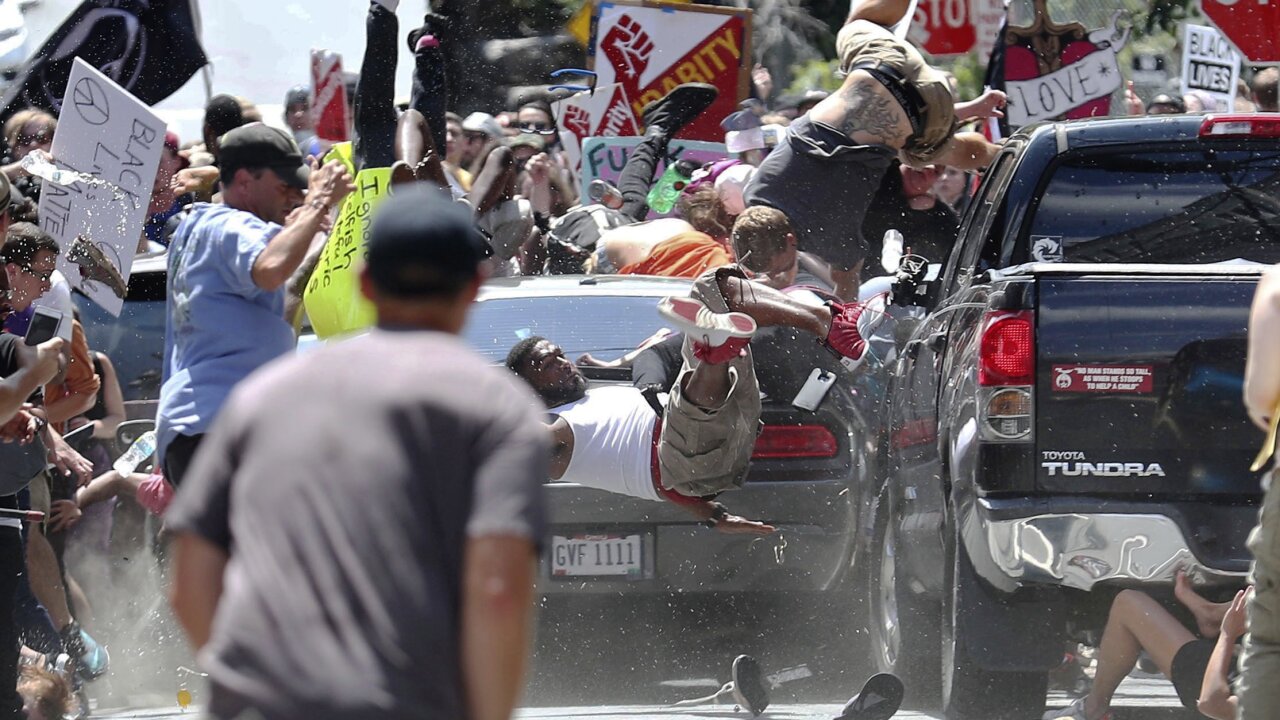 The man who drove into a crowd of counterprotesters in Charlottesville’s “Unite the Right” rally two years ago has pleaded for mercy and asked for a sentence less than life imprisonment in his federal hate crimes case.

The man who plowed his car through a crowd of counterprotesters at a “Unite the Right” rally in Charlottesville two years ago, leaving a woman dead, was sentenced to life in prison by a Virginia state judge Monday.

Fields pleaded guilty in March to 29 federal hate crimes as part of an agreement that eliminated the death penalty as possible punishment.

Before his federal sentencing in June, Fields told the judge he wanted to apologize.

“I apologize to my mother for putting her through all of this. Every day I think about my actions and how this could have gone differently. I’m sorry,” he said.

Fields was 20 when he attended the August 2017 demonstrations in Charlottesville and joined white nationalists, neo-Nazis and other groups opposed to the city’s decision to remove a statue of Confederate Gen. Robert E. Lee.

During a day of violent clashes, he drove his vehicle into a crowd of counterprotesters, killing Heather Heyer, a 32-year-old paralegal, and injuring more than two dozen people.

After the federal sentencing in June, Heyer’s mother, Susan Bro, told reporters Fields was “the least sincere person I’ve ever met” and that she was glad he was sentenced to life in prison. She said he probably deserved the death penalty “but it wouldn’t accomplish anything.”

According to a federal indictment, Fields posted on social media the night before the rally on August 12, 2017, to express and promote “his belief that white people are superior to other races and peoples; expressed support of the social and racial policies of Adolf Hitler and Nazi-era Germany, including the Holocaust; and espoused violence against African Americans, Jewish people and members of other racial, ethnic and religious groups he perceived to be non-white.”

As Fields was preparing to leave his home in Maumee, Ohio, to travel to Charlottesville the day before the rally, he received a text from a relative asking him to be careful at the rally, according to the indictment.

“We’re not the ones who need to be careful,” Fields responded, attaching a photo of Hitler, according to the indictment.