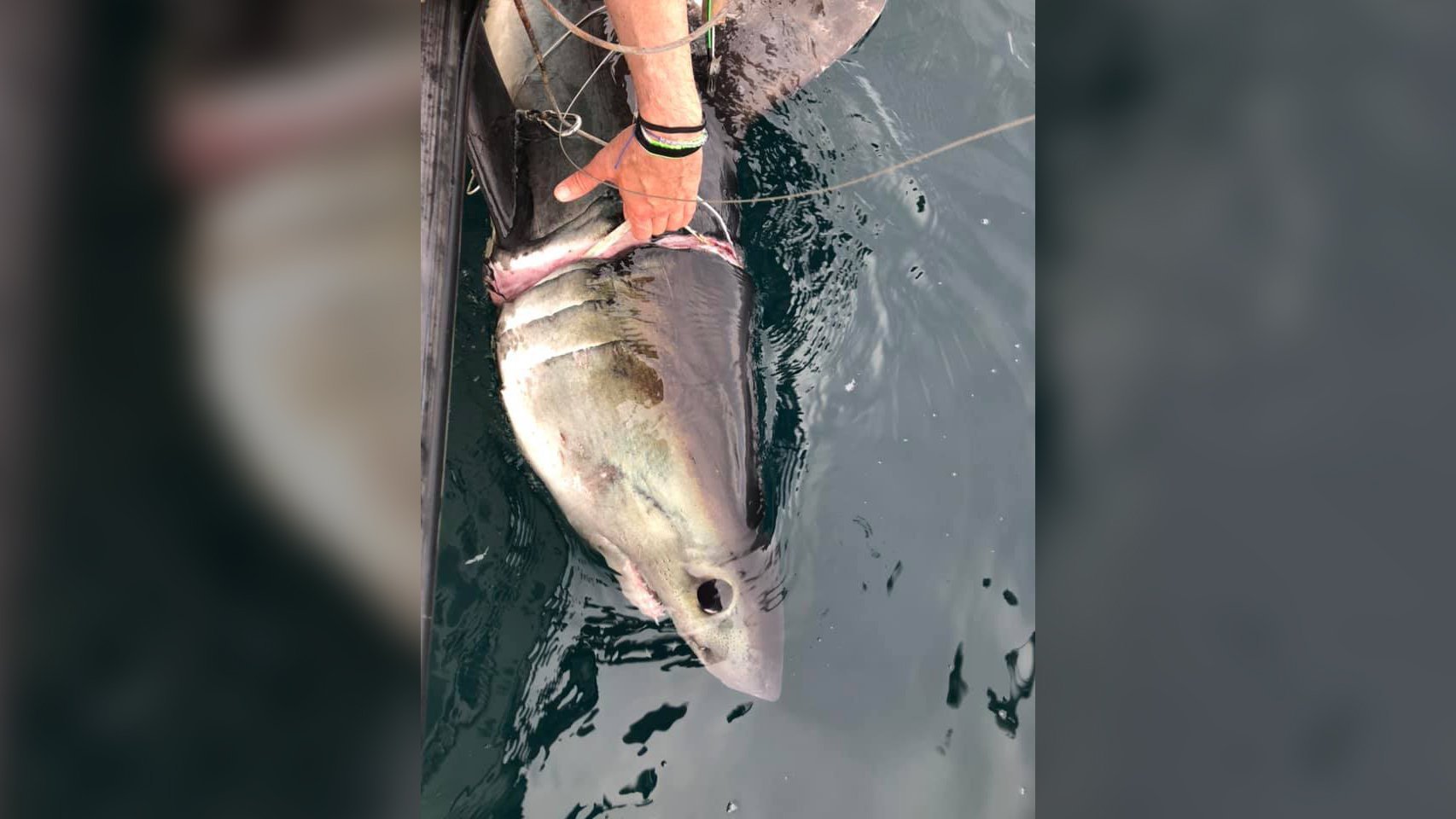 When Dr. James Sulikowski, a professor of marine science at the University of New England, and his team was chumming the waters off the coast of Maine just after dawn July 2, they hoped to attract a porbeagle shark that they could tag and collect samples for research.

Instead, they found something much worse than they expected.

Sulikowski and members of the Maine-based Sulikowski Shark and Fish Research Lab were able to get a shark to follow their chum line to the bait. They reeled it in to secure it alongside their boat so they could begin the sampling procedure.

They’d landed a 7-foot porbeagle shark with a strip of plastic lodged around her neck.

“I immediately knew something was wrong as we were pulling her close,” Sulikowski wrote in an email.

The plastic was wrapped around her gills and was cutting through her skin and into her muscles.

“We do not know for sure where the plastic came from, but it appears to be similar to that found around commercial fish bait boxes,” Sulikowski said.

He was able to cut and remove the plastic, and he thinks the shark would have died if he hadn’t done so. He believes that it has been there for years, wrapping around her neck when she was younger and digging in as she grew.

After the research team collected some samples, they attached a satellite tag to the shark’s dorsal fin and released her, hoping to track her recovery.

“Given the nature of her injury and her fortitude to not give up, we have named her Destiny because she is definitely a survivor!,” the research team wrote on Facebook.

Porbeagle sharks can live up to 65 years, according to Oceana. The largest ever recorded was 11.7 feet long. Porbeagles do not have any known natural predators due to their size, but they are still vulnerable to extinction.

“The porbeagle shark is considered vulnerable to the risk of global extinction by the [International Union for Conservation of Nature], is listed as an endangered species in Canada, and is considered a candidate species for being listed as endangered in US waters,” Sulikowski said. “Due to the of the state of their population, we are collaborating with [National Oceanic and Atmospheric Administration] fisheries to provide updated information on the biology, ecology, and movement patterns of the shark. It’s hoped this work will provide information to help better manage and conserve this species.”

Sulikowski and his team have continued to monitor Destiny, writing on Twitter on Sunday that she is “alive and well and transmitting like a champ.”