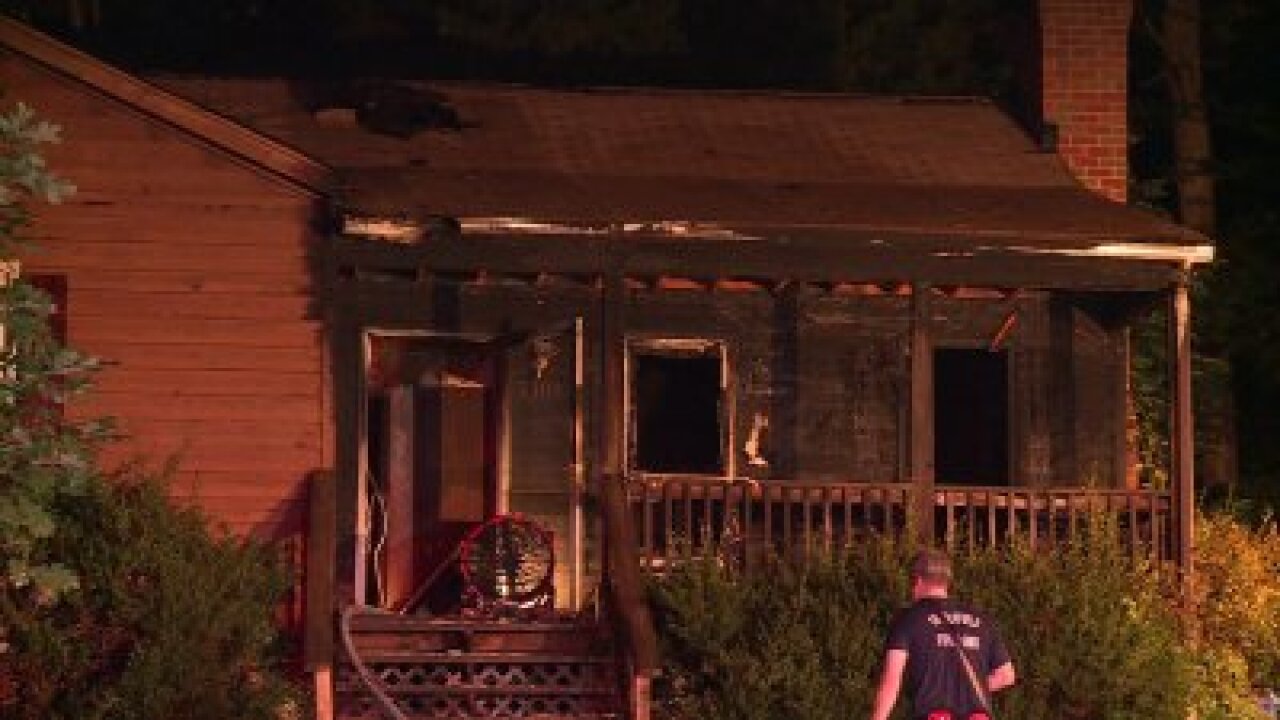 CHESTERFIELD COUNTY, Va. — Burning cigarettes are to blame for sparking a Chesterfield house fire, according to WTVR.

Fire crews were called to a home along the 7300 block of Buck Rub Court late Tuesday night.

When they arrived, they saw a fire on the home’s front porch which had spread to the home’s attic.

Three people inside the home were able to escape unharmed.

Fire investigators ruled improperly discarded cigarettes as the cause of the fire.