ACCOMAC, Va. - Crews responded to a fire outside the Perdue Plant in Accomac Wednesday.

The Perdue Plant is located in the 22500 block of Lankford Highway. Perdue Corporate Communications said in a statement that the fire was outside of its facility.

No injuries were reported, and Perdue Corporate Communications said that out of an abundance of caution, the facility was evacuated.

People within two miles of the plant were initially asked to stay indoors, especially northwest of the plant where the smoke was being carried, the Eastern Shore Post reported.

According to firefighters with the Tasley Volunteer Fire Company, the fire spread from peracetic acid to a tank of sodium chloride (salt). Both tanks were burning, and firefighters had to wait for the tanks to burn out before they could put water on them, the Eastern Shore Post said.

According to the National Institute of Health, peracetic acid is an antimicrobial wash commonly used in processing chicken.

The Eastern Shore Post also reported that firefighters were worried because both burning tanks are near a fuel tank. Officials had to let the fire burn out because dousing it with water could make the chemicals explode.

There were several explosions that could be heard for miles, which forced all fire, EMS and hazmat crews to relocate to a safer area, according to the Parksley Volunteer Fire Company.

A severe thunderstorm helped knock down a portion of the fire, and the fire was extinguished at approximately 12:30 a.m. Thursday, making the call approximately 10 hours long.

A mobile command unit from Virginia Beach also responded to the scene.

County officials say they will continue to monitor the air quality. 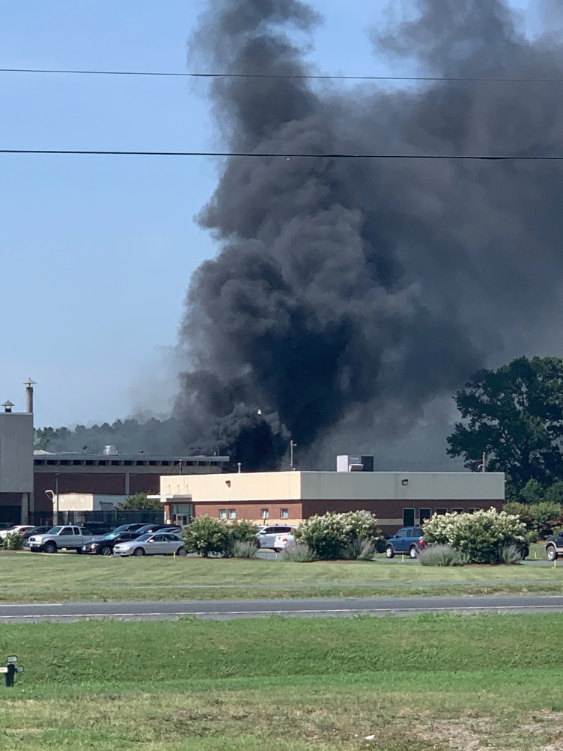