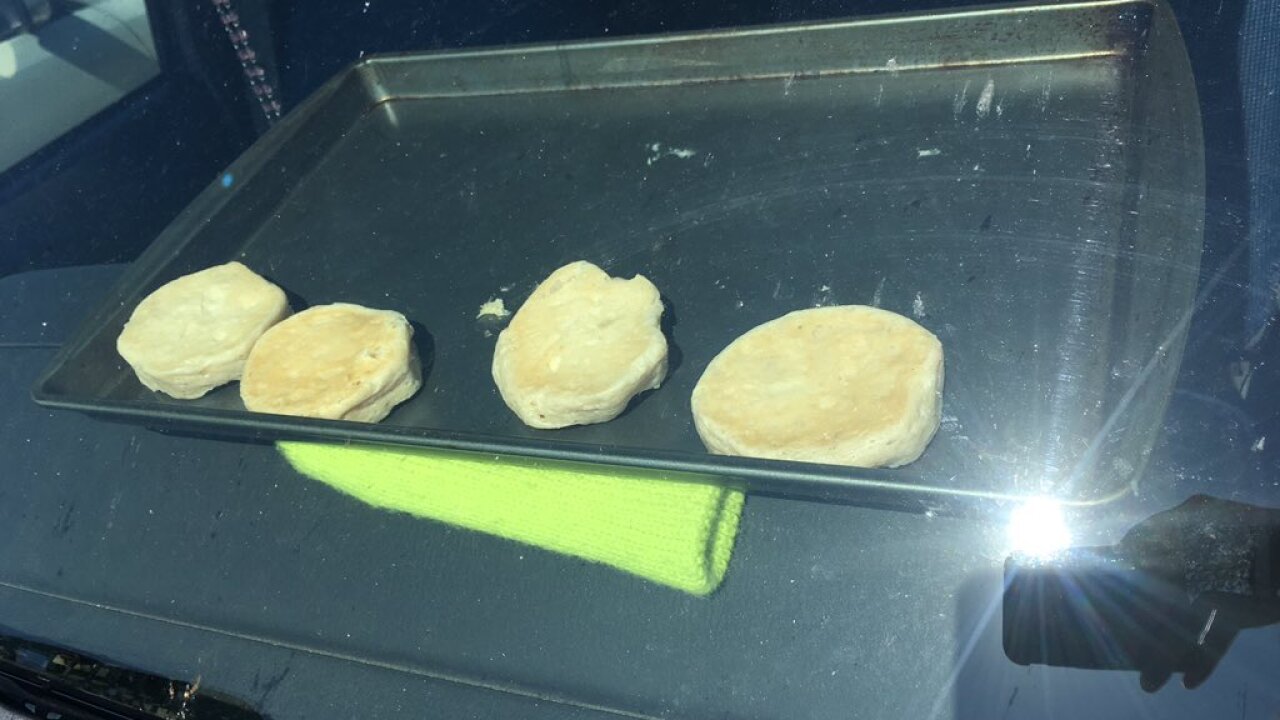 The US is facing a major heat wave in the coming days, with two-thirds of the country at risk. The Northeast and Midwest are expected to be hit the hardest, with the heat index expected to reach nearly 115 degrees in some parts of the country.

Officials in the affected areas are warning people to stay cool and hydrated, and of course, not to leave children or animals in hot cars. According to the National Safety Council, an average of 38 children die every year after being left in hot cars.

To demonstrate the danger, staff from the National Weather Service in Omaha, Nebraska, attempted to bake biscuits in the back of a car using only the heat from the sun.

“If you are wondering if it’s going to be hot today, we are attempting to bake biscuits using only the sun and a car in our parking lot,” NWS Omaha said on Twitter on Friday. “We will keep you posted with the progress.”

If you are wondering if it's going to be hot today, we are attempting to bake biscuits using only the sun and a car in our parking lot. We will keep you posted with the progress. Stay cool! #newx #iawx pic.twitter.com/cXZgdRIgcK

The team placed four biscuits on a baking sheet on the dashboard of a car and left it to sit under the sun. After 60 minutes, the pan reached 175.2 degrees and the tops of the biscuits reached 153 degrees. The back seat registered 120.4 degrees in the shade.

Biscuit update: the pan has reached 175 degrees in 60 minuted and the tops of the biscuits are at 153.

This is a good time to remind everyone that your car does in fact get deadly hot. Look before you lock! On average 38 children die in hot cars each year. Don't be a statistic! pic.twitter.com/OBKK1q1F8T

Four hours later, the tops of the biscuits were nearly finished baking, but the bottoms remained doughy. The car had to be turned around to adjust for the changing angle of the sun, and the temperature in the back seat did get significantly hotter in that time, reaching 144.5 degrees.

Biscuit update: had to turn the car around to adjust for the sun angle. Top of the biscuits are baked but the bottom remains doughy. But more interestingly, the temperature of the back seat in the shade is 144 degrees! #HeatSafety #LookBeforeYouLock pic.twitter.com/IK10PSv3ig

After baking in the sun for nearly eight hours, the outside of the biscuits were baked enough to be considered edible, even though the middle remained “pretty doughy.” The pan maxed out at a scorching hot 185 degrees.

And after nearly 8 hours in the sun, the outside of the biscuit is actually edible. The middle is still pretty doughy though. The max temp on the pan was 185! Also we made festive biscuit hats 😂 Stay cool out there. #HeatSafety #LookBeforeYouLock pic.twitter.com/ptWP2jksrU