PORTSMOUTH, Va. —A brazen break-in at a Portsmouth pawn shop in the middle of the night has neighbor rattled after more than a dozen guns are stolen.

Surveillance video shows a large SUV reverse backwards into the front of the store — sending glass and fixtures flying.

The person behind the wheel quickly drives out of the store, and it only takes a couple of seconds before three people dressed in hooded sweatshirts dash into the store with bags in hand.

The display case is virtually cleared out by the time the heist is over. The suspects are in and out in about 30 seconds.

The owner says the car was disabled after the crash and the suspects ran off with the stolen guns.

Gloria Small lives in neighborhood and couldn’t believe her eyes when she saw the aftermath.

"'The police is usually up and down here all the time, you know, and usually sometimes the police be sitting up here in the parking lot and stuff like that. I’ve never known anything to happen like that," says Smith.

The pawn shop has been up and running for nine years, and they say while they’ve seen their share of break-ins, nothing like this has ever happened before.

The Bureau of Alcohol, Tobacco, Firearms and Explosives (ATF) is investigating along with National Shooting Sports Foundation (NSSF), and the Portsmouth Police Department.

The pawn shop is closed for the day, but they will reopen Saturday. 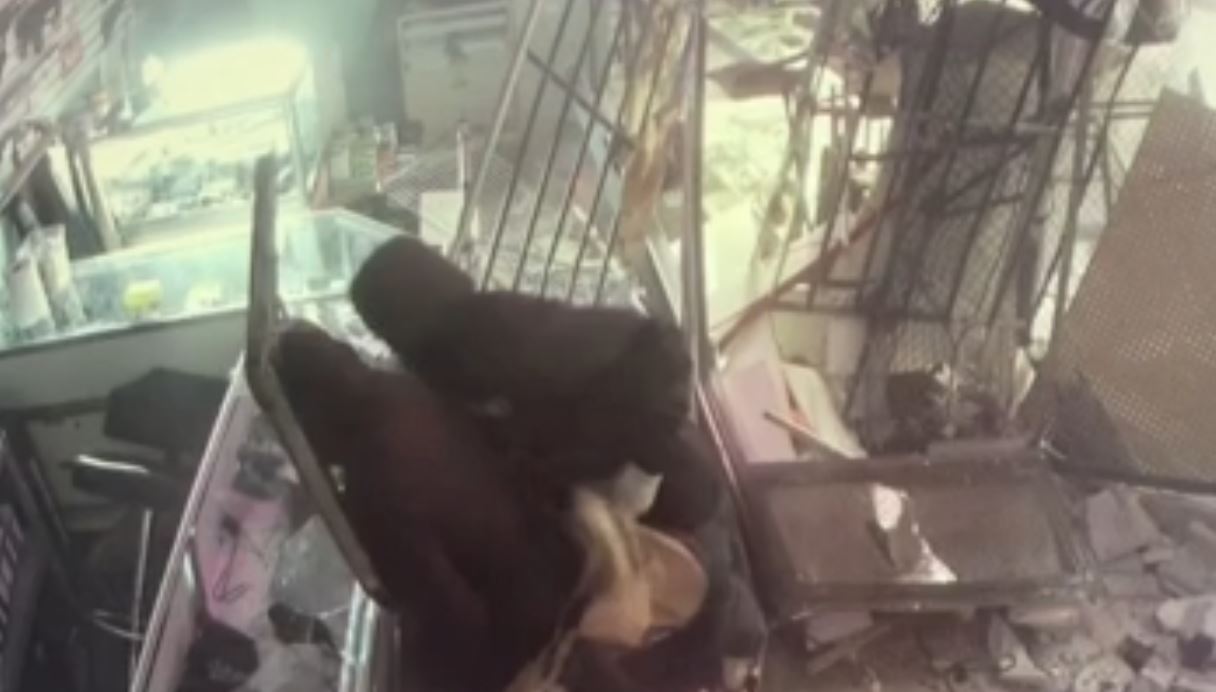