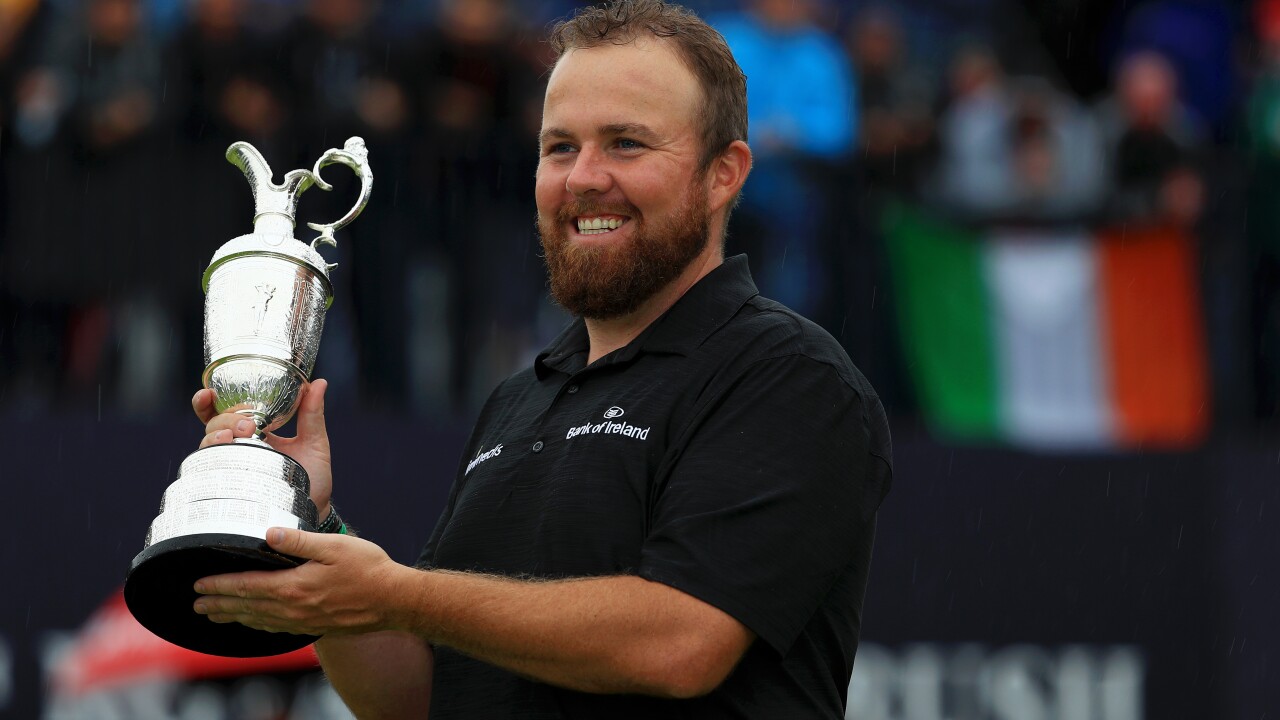 PORTRUSH, Northern Ireland (CNN) – It was his to lose, but Ireland’s Shane Lowry had no intention of letting the Claret Jug slip from his grasp as he romped to victory in the Open at Royal Portrush for his first major title.

The 32-year-old weathered difficult conditions and the pressure of holding onto a sizeable overnight lead to beat England’s Tommy Fleetwood by six strokes, with American Tony Finau third.

Lowry had become the crowd favorite since Northern Ireland’s stars fell out of contention, and he rode their raucous support to surge clear with that course-record 63 Saturday before a battling 72 Sunday to end 15 under.

He becomes only the second player from Ireland to win a major after Padraig Harrington won three between 2007 and 2008.

The world No.33’s previous best major finish was second in the US Open in 2016 after he blew a four-shot lead going into the final day.

But not this time.

Despite having missed the cut in his last four Opens, Lowry seemed impervious to the periods of lashing rain, fierce gusts and expectation, both from within and from the feverish fans, who roared him onto and off every green and tee.

In tandem with caddie Brian “Bo” Martin he plotted his way around Portrush’s celebrated Dunluce links, offering no opportunities for the chasing pack and keeping his head when he made mistakes.

Or so it seemed.

“I kept telling Bo how nervous I was,” said Lowry, who revealed a key talk with his coach Neil Manchin at Bushmills on the eve of the tournament convinced him he was good enough to contend.

Despite a bogey at the first he edged clear to lead by six after seven holes and again after 10 and 15.

It had become a two-horse race with Fleetwood, who also had plenty of support given his European Ryder Cup heroics, but one in which the second runner was lagging from the off.

Fleetwood was also chasing his first major title after a runner-up spot in the 2018 US Open, but he just couldn’t get close enough to rattle Lowry.

Smiling and with his hands thrust in his body-warmer pockets, Lowry junior walked up to the lofty 18th tee with a six-shot lead and the European Ryder Cup chant “ole, ole, ole” ringing all around him.

His drive bisected the fairway and he blew out his cheeks and looked up into the sky.

If the reception for Rory McIlroy after his valiant attempt to make the cut Friday had been emotional, the wall of noise that greeted Lowry was thunderous and jubilant.

When his second shot found the green he raised both arms and hugged Martin, finally unlocking a full beaming grin that lit up the otherwise gloomy Portrush afternoon.

“I couldn’t believe it was happening to me, I tried to soak it in but it was surreal,” he told reporters later in his press conference.

When Lowry stroked in the winning putt he he was greeted by wife Wendy and his young daughter on the 18th green, before hugs for the rest of his family and friends.

“Wow,” said Lowry after accepting the Claret Jug. “To have an Open at Royal Portrush on the island of Ireland is just amazing.”

His eyes filled and his voice cracked as he added: “My mum and dad sacrificed so much for me and I’m just glad I can hand them this trophy tonight.”

He was also hugged by Harrington and Portrush local Graeme McDowell, whose success as the 2010 US Open winner played its part in the Open returning to Northern Ireland for the first time in 68 years. Portrush resident Darren Clarke’s 2011 Open win and McIlroy’s four majors from 2011-2014 were also instrumental, once the specter of Northern Ireland’s Troubles receded.

Lowry won his first European Tour event when still an amateur at the Irish Open in 2009 and clinched the last of his four titles in Abu Dhabi in January.

After missing the cut at the Open last year, he sat in the car park at Carnoustie and cried.

“Golf wasn’t my friend,” he said. “What a difference a year makes.”