Vehicles burst into flames after multi-vehicle crash at Jordan Bridge 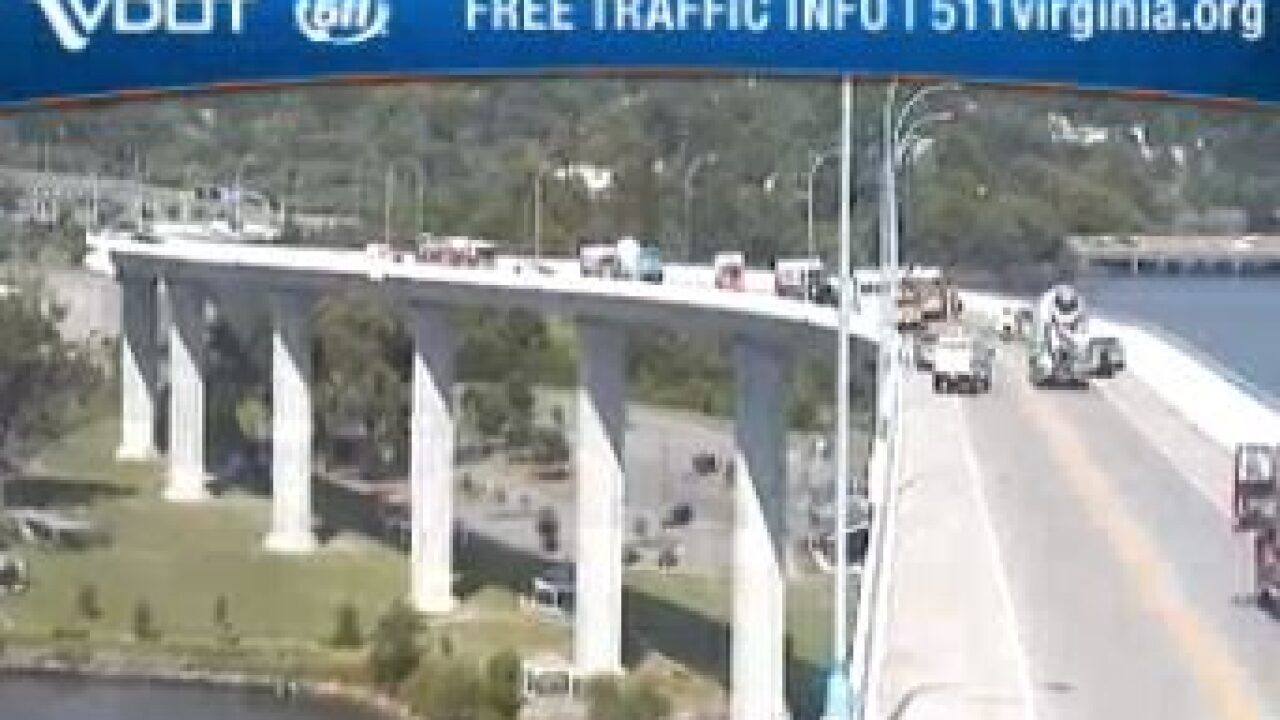 CHESAPEAKE, Va. – A multi-vehicle crash at the crest of the Jordan Bridge closed both lanes of traffic Monday afternoon.

Chesapeake Police responded to the crash at approximately 4:13 p.m.

A red Subaru that was traveling eastbound on the bridge then hit the back of the Toyota 4Runner. The Chrysler and the Suzuki caught ablaze as a result of the crash.

Medics responded to the scene and took the driver of the Suzuki and a passenger from the Chrysler to local hospitals with non-life-threatening injuries.

The crash is still under investigation.