Rashida Tlaib: ‘I’m not going nowhere, not until I impeach this President’ 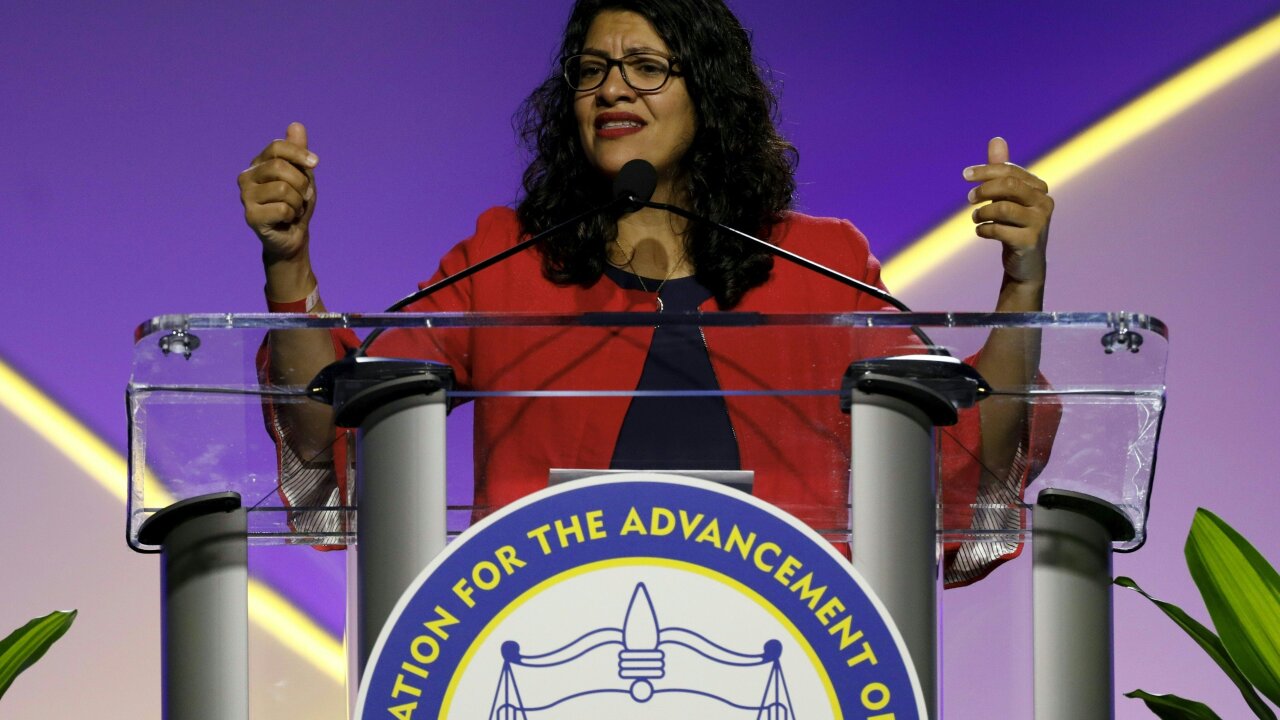 Democratic Rep. Rashida Tlaib of Michigan vowed to hold her ground during a speech in Detroit Monday, clearly responding to President Donald Trump’s attacks on the four Democratic congresswomen of color known as “The Squad.”

“I’m not going nowhere, not until I impeach this President,” Tlaib said at the NAACP annual convention in Detroit.

The President, meanwhile, continues to go after the four in the wake of last week’s racist language used against ” The Squad” — which includes Tlaib as well as Reps. Alexandria Ocasio-Cortez of New York, Ilhan Omar of Minnesota and Ayanna Pressley of Massachusetts. About a week ago, he told them to “go back” to the “totally broken and crime infested places from which they came.”

Ocasio-Cortez, Tlaib and Pressley are natural-born US citizens, while Omar was born in Somalia and immigrated to the US when she was young.

At a rally in North Carolina on Wednesday, the tweets prompted a “send her back” chant aimed at Omar broke out among some Trump supporters. While the President said he was “not happy” with the chant the day after the event, he did not push back on it during his rally — instead Trump let the chant continue for 13 seconds without interruption.

On Sunday, Trump tweeted; “I don’t believe the four Congresswomen are capable of loving our Country,” accused them of “destroying the Democratic Party,” and said they should “apologize to America” and Israel. Not long after Tlaib’s remarks concluded on Monday, the President tweeted: “The “Squad” is a very Racist group of troublemakers who are young, inexperienced, and not very smart.”

Trump’s tweets were widely criticized by Democrats and some Republicans, and the House passed a resolution condemning the racist language Trump used.

In her remarks in Detroit, Tlaib did not directly address the President’s latest tweets, but later in her speech she said, “We need bold action, folks. I know what’s happening out there … it’s beyond just the four of us.”

“The Squad is all of you. I can tell you, you are all the squad, trust me. If you support equity, you support justice, you are one of us,” she said.

Tlaib has long pushed for impeachment, and made headlines hours after her swearing in to Congress when she told the audience at a progressive event, “we’re gonna go in there and we’re going to impeach the motherf****r,” a reference to the President.