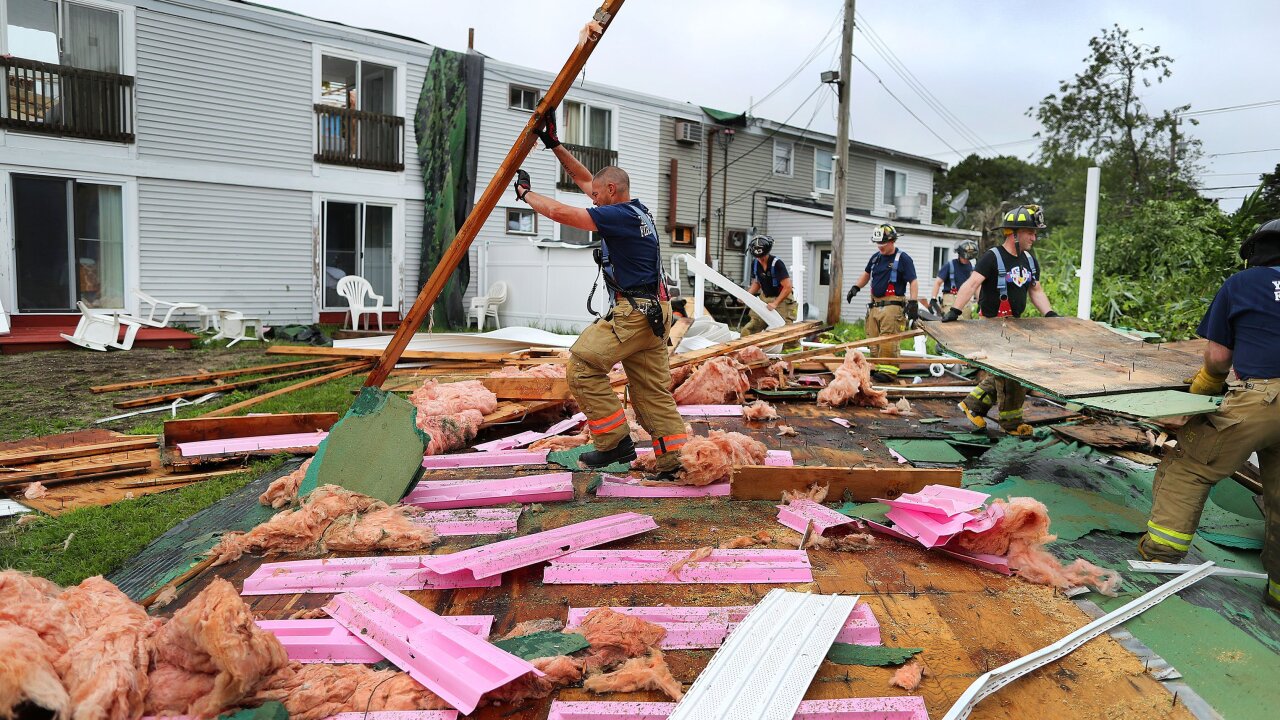 There were reports of downed trees and power lines but no known injuries, Massachusetts Emergency Management Agency spokesman Christopher Besse said. More than 50,000 customers were without power as of 3 p.m., energy company Eversource said on Twitter.

Of the 1,253 tornadoes that the United States has on average each year, Massachusetts sees only one, according to the US National Oceanic and Atmospheric Administration; only Alaska and Rhode Island average none.

Video from CNN affiliate WHDH showed extensive damage to the Cape Sands Inn in West Yarmouth. Megan McGuire, who told the affiliate that she and her mother took shelter between beds at the inn, said she’d never seen anything like it in the 24 years she’s been vacationing on Cape Cod.

Related: Video shows Mississippi man running for his life as possible tornado closes in on him

“It was shocking,” McGuire said.

The tornado touched down in Harwich and South Yarmouth, the state Emergency Management Agency said, citing the National Weather Service. Harwich has declared a local state of emergency.

The most extensive damage was reported at the Cape Sands Inn, the agency said.

A National Weather Service survey team will be meeting with emergency management officials on the cape to assess the damage, the service said on Twitter.