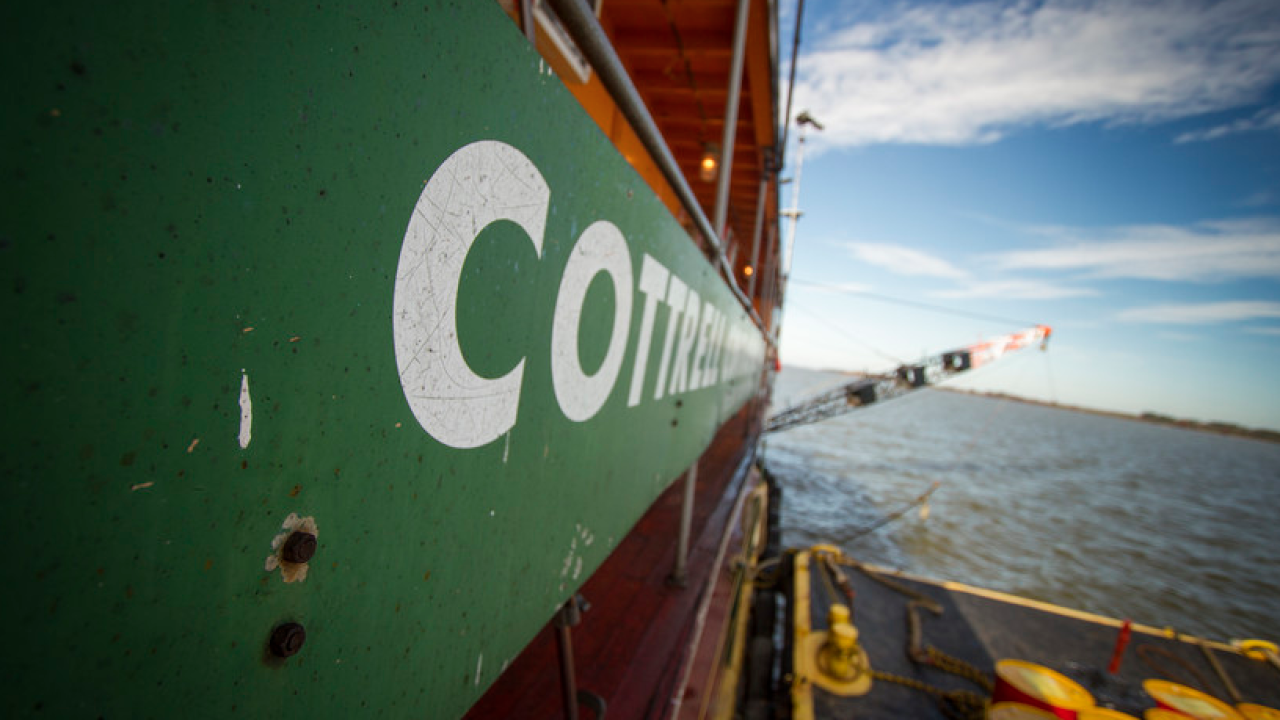 Crewmembers aboard the Cottrell Contracting Corp. dredge Marion work to remove shoals from the James River federal navigation channel in James City County, Virginia, Nov. 6, 2013. The river plays a vital role in the economies of Richmond and Hopewell, providing a safe route for ships to move goods in and out of ports. (U.S. Army photo/Patrick Bloodgood)

District officials say continuous dredging will occur at various James River points until February 15, when work has to stop for spawning fish.

Other locations to be dredged within this initial environmental window are: Jordan Point to Harrison Bar to Windmill Point which is roughly 8.6 miles of land, Richmond Deepwater Terminal channel will have roughly 1.1 miles in maintenance, 16.1 miles in the Richmond Deepwater Terminal to Hopewell channel and ending back at Dancing Point-Swann Point channel for advance maintenance dredging aimed at reducing navigation restrictions.

“It’s very ambitious, but this is the first time in many years we’ve had the funding to do this magnitude of work,” said Victor Roberts, the Norfolk District project manager.

He said the district will issue a series of task orders through March 2022 under the parent Single Award Task Order Contract. They’ll add up to about $10 million per year.

“There are places in the James River that have shoaled substantially and shoal very quickly,” he added. “This IDIQ contract allows us to target those problem areas as needed over the next three years.”

The James River is authorized to a “maintained depth” of 25 feet, Roberts said. In the work slated to run until mid-February, Cottrell will dredge to 26 feet with a foot of allowable overdepth, which extends the period between dredging cycles.

“It’s been very difficult for the Corps to keep some of these channels at project depth,” he added. “The Corps, through the annual James River Partnership meeting, has worked with industry on these issues and, through advocacy and awareness, will achieve tangible success. USACE has been very responsive and met the challenge so that the federal channels will return back to project depth this year.”

“That’s not by coincidence, it’s by coordination,” Roberts said. “We can’t dredge on the Upper James until we get concurrence from (the Virginia Department of Environmental Quality) on our testing of metal content within the dredged material.”

That permit requirement needs to be met by October 1, he added.

The James River federal navigation channel supports bulk carriers and cargo-barge traffic and serves as a vital link in the Virginia Port Authority’s shipping-container mission from Hampton Roads to the Richmond Deepwater Terminal.

“It alleviates a lot of truck congestion on the interstate and highways,” Roberts said.

The James River is the longest in Virginia and up to 5 miles wide at certain points. It’s lined with sweeping curves and affected by currents, wind and tides – which make draft restrictions necessary as it’s difficult for boat pilots to maneuver.

“It’s not a straight shot in or out of Richmond. It’s 90 miles of meandering river,” Roberts said. “With our maintenance dredging, we strive to balance environmental impacts with the needs of the maritime community. We make it manageable and try to provide safe and effective navigation for the mariners who use the river.”

Any questions about this project can be referred to the USACE Norfolk District Public Affairs Office at (757)-201-7606.