KILL DEVIL HILLS, N.C. – A woman was left in critical condition after becoming trapped in her vehicle during a multi-vehicle crash Tuesday.

According to Kill Devil Hills Police, 32-year-old Brittany Cox was traveling west on East Chowan Street when she attempted to cross the highway before it was safe. Her vehicle was T-boned on the driver’s side by a 2004 GMC Yukon, which caused the vehicles to lock together and veer into the opposite lane.

A 2002 Toyota pickup truck traveling in the opposite lane then struck Cox’s car on the passenger side.

Cox had to be extricated by the Kill Devil Hills Fire Department using the Jaws of Life, and she was taken to Sentara Norfolk General Hospital with critical injuries. The Yukon’s driver was taken to the Outer Banks Hospital, and the Toyota’s driver was evaluated at the scene.

Police say Cox was not wearing her seatbelt.

Charges are pending against Cox for careless and reckless operation of a motor vehicle and possession of a controlled substance. 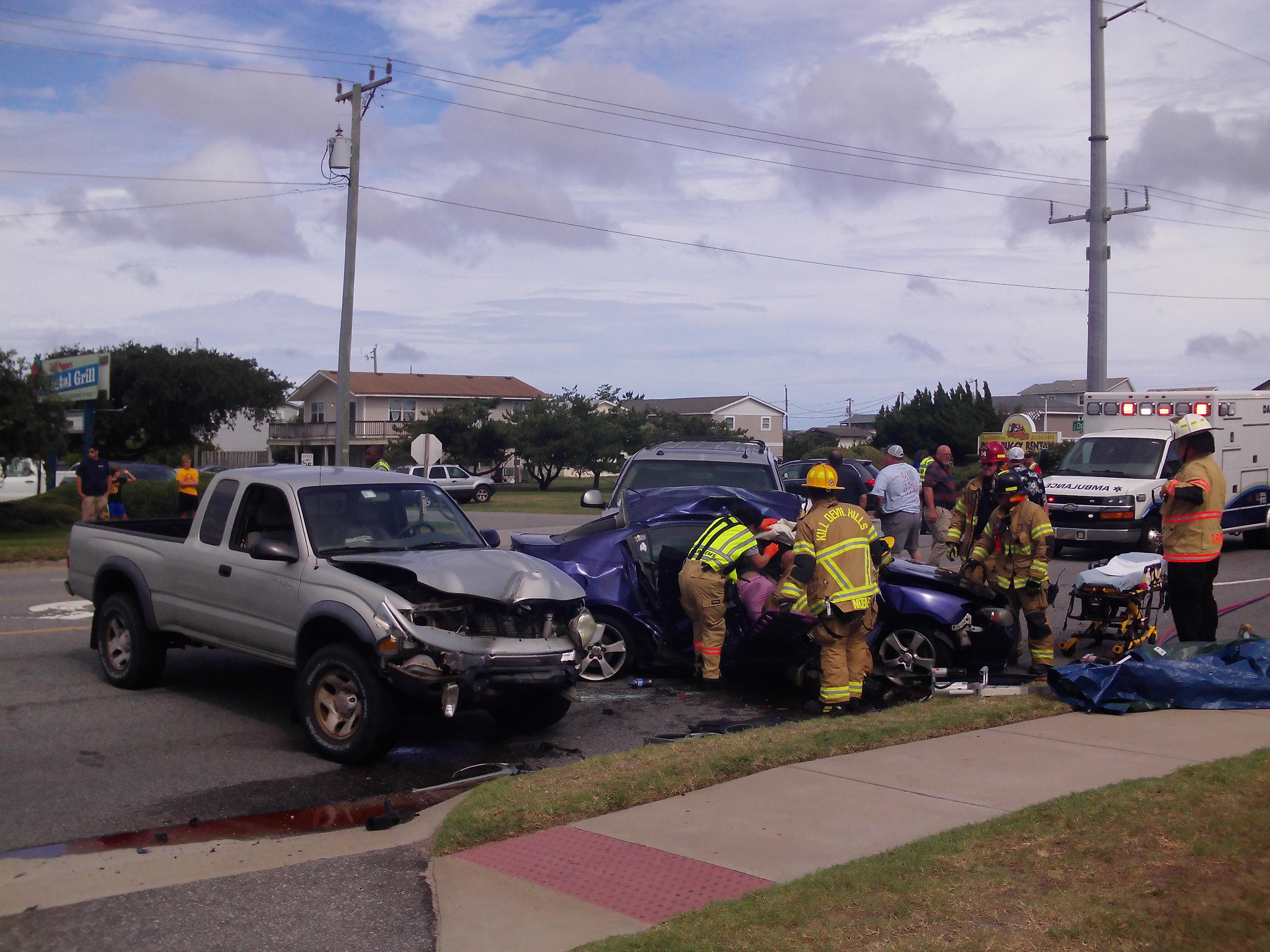