NORFOLK, Va. - A Norfolk man was arrested after allegedly raping a woman and filing a false report of a home invasion.

Court records state that Theodore Weaver filed a report with Norfolk Police about a home invasion that happened on the 1300 block of Lead Street on July 2.

Documents say Weaver told a 21-year-old woman that he had been included in a group chat that contained nude pictures of her and other females. He allegedly told the woman that his cousin could break into the group chat and find out who was behind the nude pictures.

The records state that the woman came over to see the chat with the nude photos and to wait for Weaver’s cousin. While they were at the home, Weaver told police a man came to the door with a gun and a knife. Weaver said he and the woman were forced to undress and engage in sexual acts. 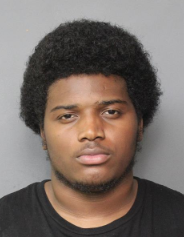 Related: Woman says a sexual assault inside of a hotel room changed her life forever

The intruder also allegedly held a knife to the woman’s throat and raped her, according to the records.

The victim went home to Massachusetts and reported the crime to police the next day, according to the documents.

Weaver told police he was stabbed during the incident, but police records state he had no injures; photographs were taken of his abdomen.

Weaver was arrested on 20 different felony charges including rape, use of a firearm to commit a felony and conspiracy abduction of person with intent to defile.

He is being held without bond.

Weaver declined an interview with News 3.

Both men are expected back in court on September 18.