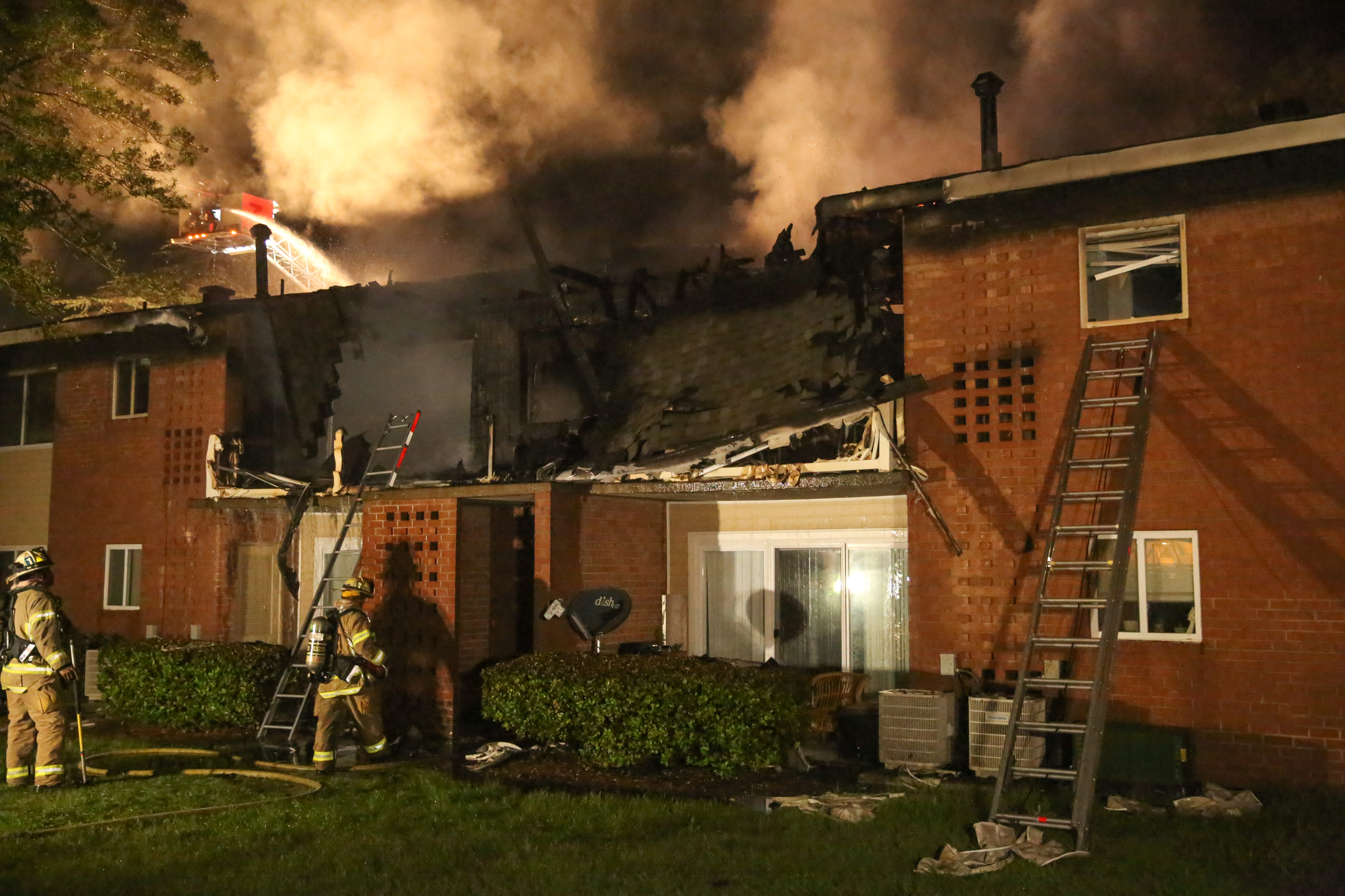 VIRGINIA BEACH, Va. – The Virginia Beach Fire Department said Thursday that a man was charged with arson in connection to a two-alarm fire at the Pembroke Town Center Apartments that left 16 people displaced.

31-year-old Kelly Bruce Halverson of Virginia Beach was charged Wednesday night with four counts of arson and one count of attempted arson.

The fire began just before midnight Thursday, July 25 in the 4600 block of Jeanne Street. Firefighters said the fire started in the complex’s attic.

A second alarm was requested about 20 minutes after the first units arrived on scene.

Officials said because of the size of the fire and because flames had broken through the roof causing structural issues to the building, firefighters had to fight the fire on and off from the interior and exterior of the complex.

The fire damaged four apartments and resulted in smoke and water damage to four other apartments in the building.

Court documents say Halverson, who is the ex-boyfriend of one of the apartment’s residents, started the fire after climbing the balcony. His ex-girlfriend filed a protective order on July 23, according to the records.

Records also say that when Halverson was kicked out in the past he would climb the balcony and try to gain entry to the building.

No firefighters or civilians were injured. However, due to the late hour of the alleged crime and the scope and size of the fire, investigators said Halverson is facing anywhere from five years to life in prison if convicted.

According to a spokesperson for the Commonwealth’s Attorney’s Office, Halverson can seek a bond hearing at that time, but when victims are involved the court typically allows prosecutors 24 hours to notify the victims of the pending hearing.

Halverson was denied bond during a hearing on August 5. He has a preliminary hearing set for September 27 at 8:30 a.m.

As the investigation continues, investigators are asking anyone with information about this incident to call the Crime Line at 1-888-LOCK-U-UP (1-888-562-5887).