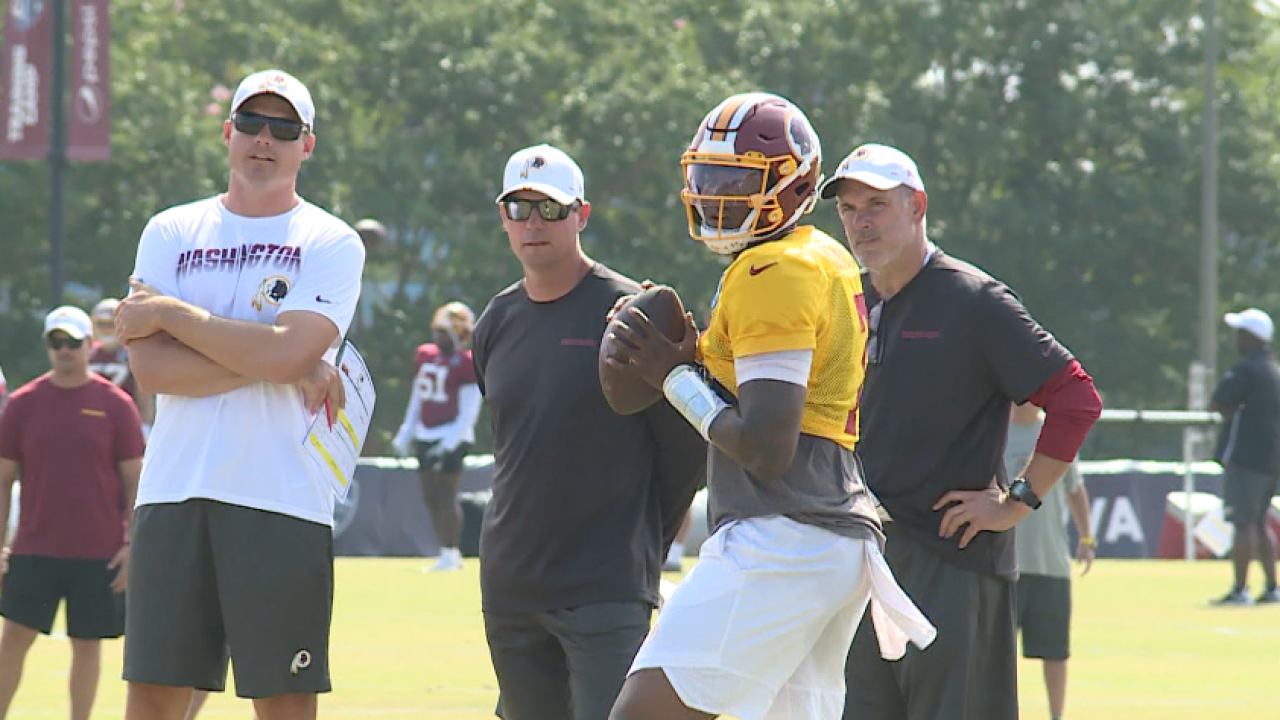 LOUDOUN COUNTY, Va. – The games may not count on the stat sheet or in the standings, but preseason contests will help determine which quarterback will start the regular season for the Redskins.

Washington head coach Jay Gruden tells Albert Breer of the MMQB.com he hopes to make a decision on his team’s starting QB after the third preseason game.

“I think it’ll come probably sooner than later, because you’d like to get that guy ready to go,” Gruden said to Breer. “I’d like to hopefully make that decision after the third preseason game, so we can get two weeks to get ready for Philadelphia with the starter.”

Colt McCoy, Case Keenum and Dwayne Haskins are competing for the starting job. Gruden told Breer Haskins, the team’s first draft pick, is trailing both Keenum and McCoy. The same was indicated on the team’s first unofficial depth chart of the season.

“I’d say the vets probably have a little bit of a leg up on him, just because they’re vets and they’ve played,” Gruden admitted to Breer. “Case has played a lot of football, of course he’s new to the system. Colt’s an experienced guy in the system, he’s coming off that injury, we just have to see how he is running around. He got a little nicked today on it, from a confidence standpoint, from a stability standpoint. But they have a little bit of a leg up on [Haskins], just because of their knowledge of third down and red zone concepts. There’s a lot Dwayne still has to learn, but he can get there.”