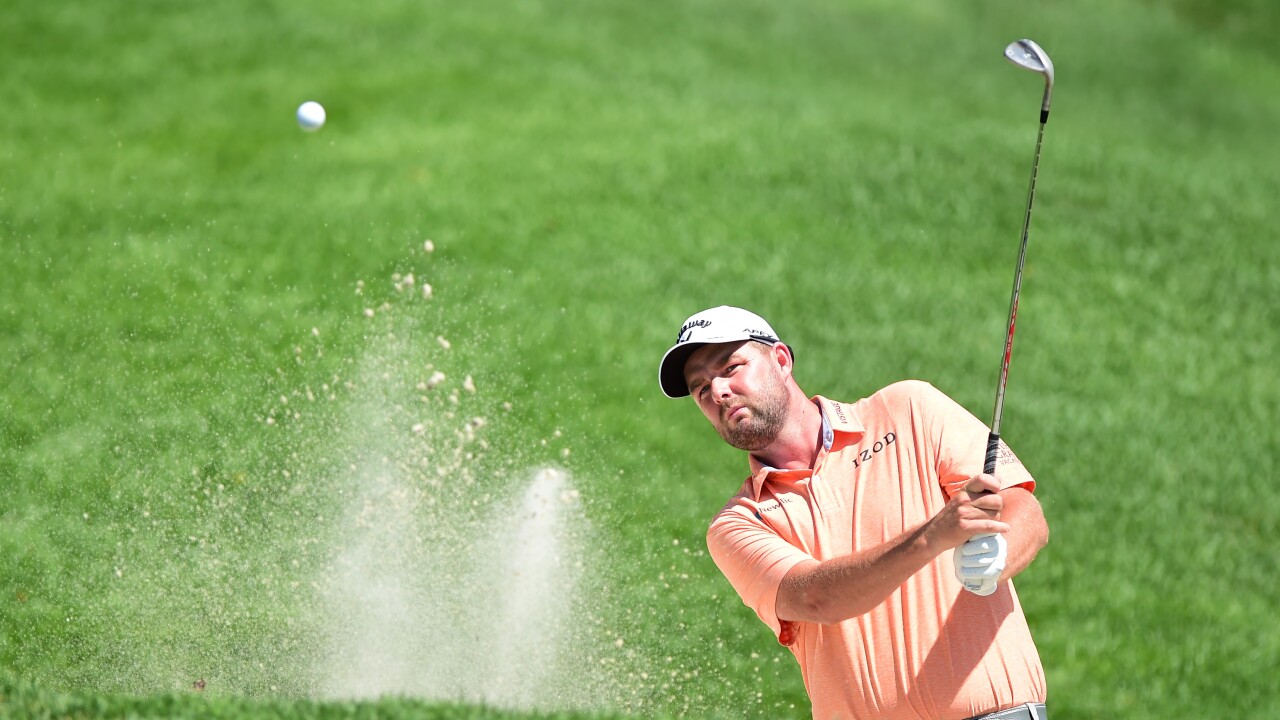 Marc Leishman of Australia plays a shot from a bunker. (Photo by Jared C. Tilton/Getty Images)

Marc Leishman of Australia reacts during the first round of the Sony Open. (Photo by Sam Greenwood/Getty Images)

MELBOURNE, Victoria – Marc Leishman’s fourth consecutive Presidents Cup appearance will be unlike any other.

The Virginia Beach golfer who hails from Australia has earned the right to represent the International Team in this year’s event – a contest to be played in his home country of Australia.

“It’s great to be on the team again,” Leishman, the 24th ranked golfer in the world, said Sunday. “It’ll be my fourth in a row which means I’m doing something right. Definitely excited for it and hopefully we can play some really good golf there and give the Americans a run for their money.”

Leishman, who is making his fourth consecutive appearance on the International Team, is one of three Australians (Adam Scott, Cameron Smith) to earn one of eight qualifying spots on the International squad. The team will battle the United States team at The Royal Melbourne Golf Club December 9-15, 2019. The last time the Presidents Cup was held at The Royal Melbourne Golf Club, 2011, Leishman was not on the team.

Marc Leishman of Australia and the International Team putts during the 2017 Presidents Cup. (Photo by Sam Greenwood/Getty Images)

“Marc has been the most consistent player on our team,” International Team captain Ernie Els said. “Being Australian, it’s going to be a big week for him. I think he can take a leading role. He’s played quite a few of these now and he can give a lot of knowledge to my players. He’s definitely going to be one of my leader group guys.”

“I hope the fans will support us like how the American fans support their team when it’s played in the U.S,” Leishman added. “It’s pretty important that it happens. It’s important that we play well from the get-go to give them something to cheer about. We need to get off to a good start and get our fans to support the team.”

Leishman, 35 years-old with four PGA TOUR victories, was the No. 1 qualifier for the International Team.