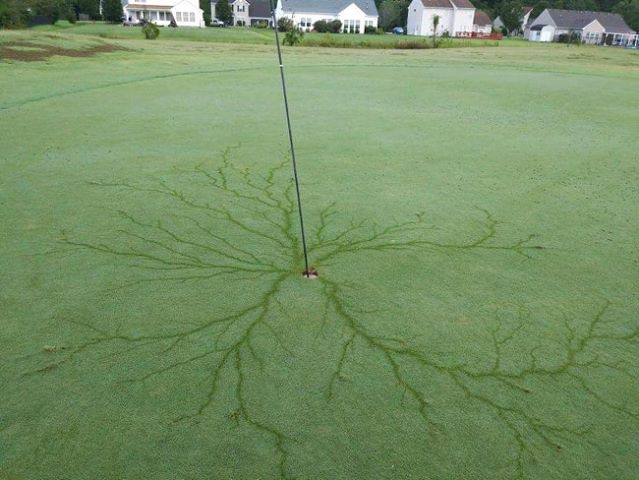 Pictures taken by owner Tim Paasch show branching marks coming from the hole’s flagstick, with the yellow flag lying nearby.

Meteorologist Patrick Rockey confirmed that the images appear to show the aftermath of a lightning strike.

“We at Eagle Creek Golf Club would like to congratulate God on his almighty hole-in-one!” the golf club said on Facebook. “Not sure what tees he played or what the distance was or what club he used, but what a great shot!”

News 3 spoke to Taylor Paasch, who said he’d never seen anything like that before.