VIRGINIA BEACH, Va. – A lightning strike during Tuesday’s storms caused a fire that left eight families without a home in Virginia Beach.

According to the Virginia Beach Fire Department, the fire happened at an apartment complex in the 700 block of Regency Drive. Crews responded to the fire at approximately 7:09 p.m.

Multiple animals were rescued from the fire, which was determined to be the result of a lightning strike. No civilians were injured, but water damage made the building uninhabitable. 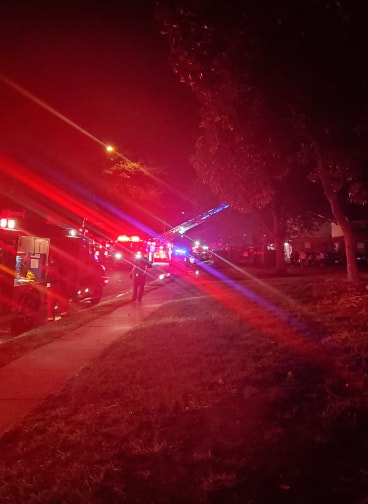