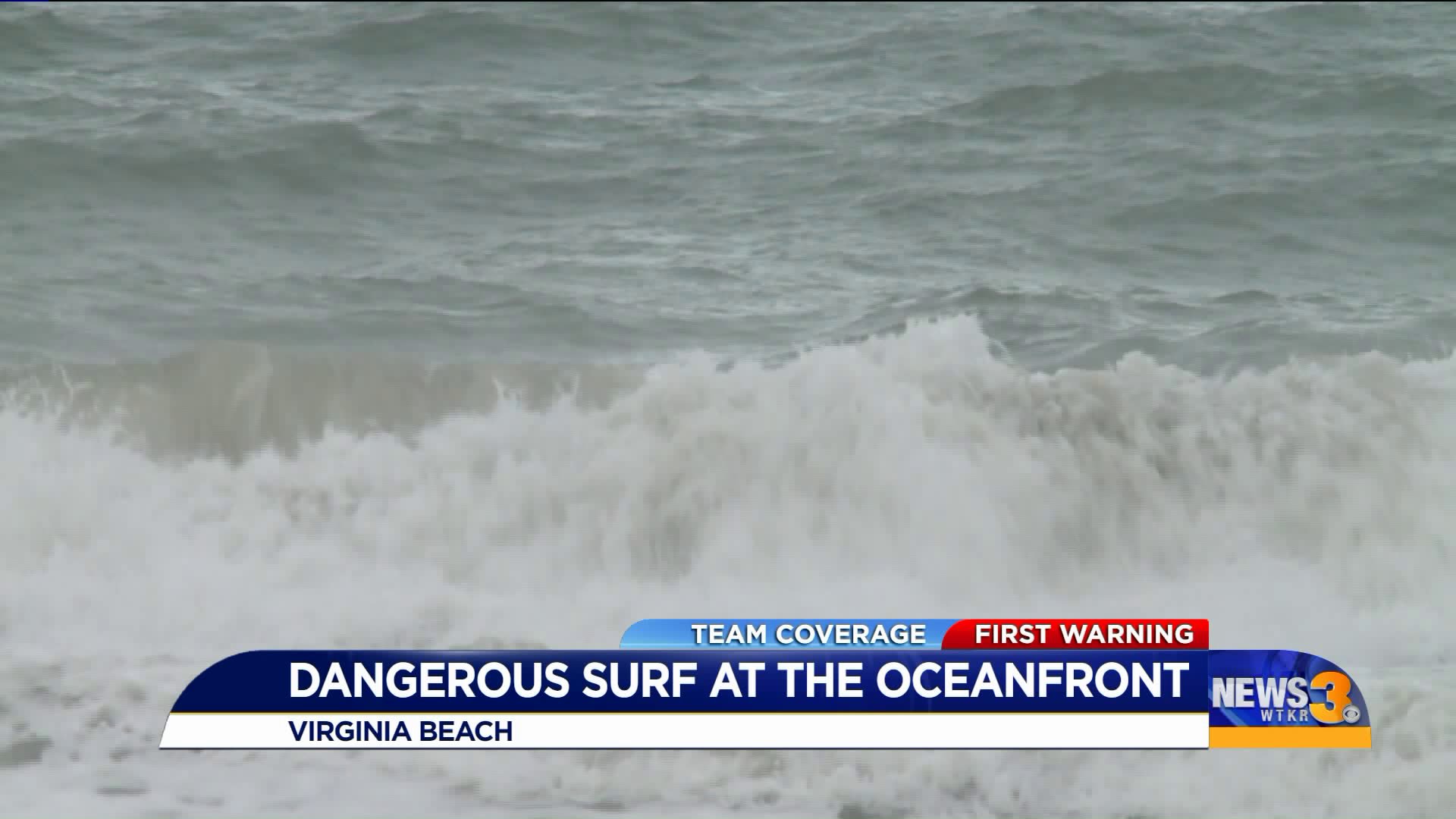 Tropical side effects… Tropical Depression Six continues to linger between the East Coast and Bermuda. We will see very little rain or wind impacts but rough surf with continue. The persistent northeast winds will trigger some minor tidal flooding near times of high tide. We will also see rough surf and a high risk for rip currents. Expect a mix of partly to mostly cloudy skies today with isolated showers. Highs will warm to near 80 with building humidity.

We will warm into the mid 80s tomorrow, near normal for this time of year. Expect partly cloudy skies with scattered showers and storms possible, mainly in the late afternoon to tomorrow night.

Tropical Storm Dorian in the Eastern Caribbean Sea tracking toward Puerto Rico. Dorian is centered about 60 miles WNW of St. Lucia or about 415 miles SE of Puerto Rico and moving WNW at 13 mph. A turn toward the northwest is expected on Wednesday. On the forecast track, the center of Dorian will move near or south of Puerto Rico on Wednesday, move near or over eastern Hispaniola Wednesday night, and move north of Hispaniola on Thursday. On Thursday night and Friday, the center of Dorian is forecast to move near the Turks and Caicos and southeastern Bahamas.

Maximum sustained winds remain near 50 mph with higher gusts. Slow strengthening is forecast during the next 48 hours, and Dorian is forecast to be near hurricane strength when it moves close to Puerto Rico and eastern Hispaniola.

Tropical Depression Six continues lingering between the East Coast and Bermuda. TD 6 is centered about 385 miles west of Bermuda or about 370 miles SE of Cape Hatteras, NC and moving north at 2 mph. Little movement is expected today, then it will accelerate north Wednesday to NE Thursday through Saturday.

Maximum sustained winds are near 35 mph with higher gusts. Some strengthening is expected, and TD 6 is forecast to become Tropical Storm Erin later tonight or on Wednesday.