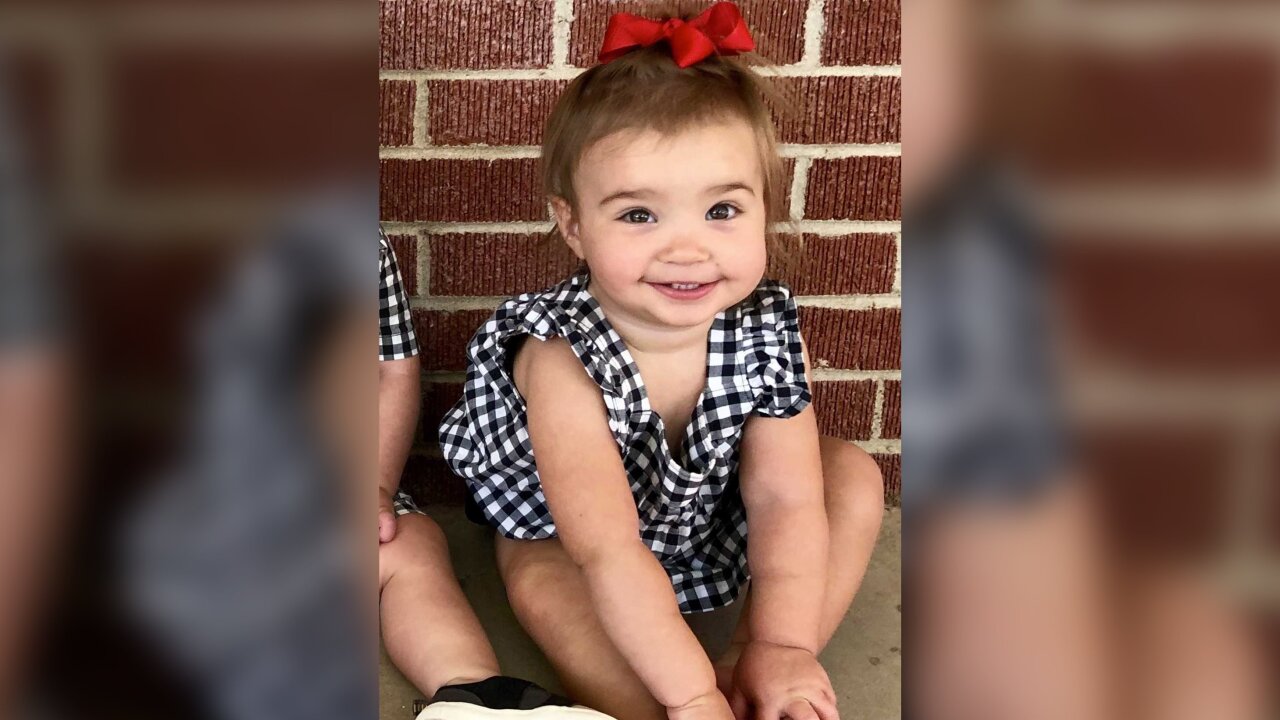 Seventeen-month-old Anderson Davis was one of the 22 people injured in a shooting spree in West Texas. Despite her injuries, she’s expected to make a full recovery, her parents said.

Seventeen-month-old Anderson Davis was one of the 22 people injured in last weekend’s shooting spree in West Texas. Despite her injuries, she’s expected to make a full recovery, her parents say.

Anderson is at home recovering from surgery for her injuries, which include shrapnel in her chest, a hole through her bottom lip and damage to her front teeth, Ector County Sheriff Mike Griffis said Monday.

Seventeen-month-old Anderson Davis was one of the 22 people injured in a shooting spree in West Texas. Despite her injuries, she’s expected to make a full recovery, her parents said.

Seven people were killed after a gunman went on a shooting spree Saturday that began during a traffic stop in Midland and continued as he drove into Odessa, some 20 miles away. Odessa police confronted him in a movie theater parking lot and killed him in a shootout.

“We hurt so badly for the families whose loved ones didn’t survive this tragedy,” parents Kelby and Garret Davis said in a statement emailed to CNN later Sunday. “We are thankful for our beautiful baby girl and look forward to reuniting her at home with her twin brother soon.”

Texas Gov. Greg Abbott said at a press conference Sunday that Anderson’s mother had texted him an update about her daughter’s condition.

“‘Toddlers are funny because they can get shot but still want to run around and play,'” Davis wrote, according to the governor.

Abbott said Davis told him Anderson would have surgery Monday to remove the shrapnel from her chest, fix her lip and mouth and “get a better look at her tongue.” The damage to her mouth was “pretty bad,” but can be fixed, Abbott said.

On Saturday, a spokesman for University Medical Center in Lubbock told CNN that Anderson was in satisfactory condition after the shooting.

Click here for our full coverage on the West Texas mass shooting.