The wild horses of the Outer Banks won’t evacuate. They have a special trick to survive hurricanes 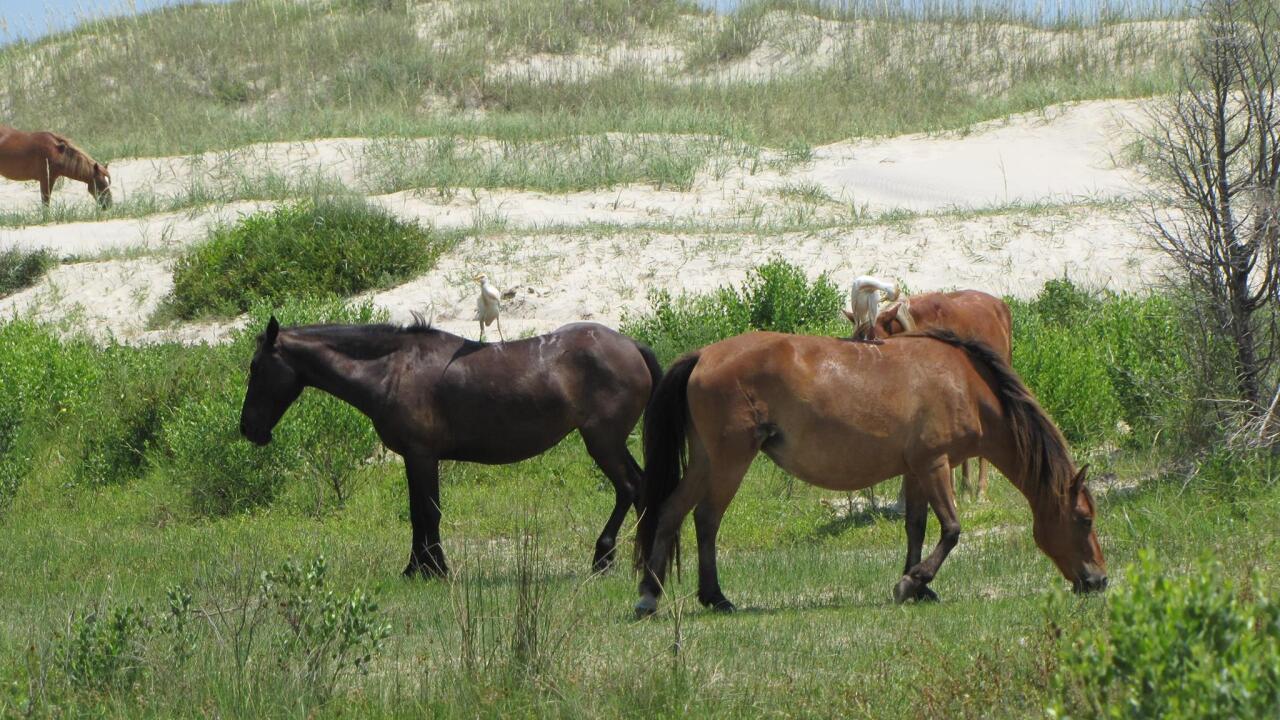 A bunch of majestic horses that spend their days strolling and rolling on North Carolina’s Outer Banks will not be evacuated.

With Hurricane Dorian quickly approaching, the colonial Spanish mustangs will huddle together and ride out the storm using a trick horses have used for centuries.

They will move to higher ground and gather under sturdy oak trees to shelter from the storm, said the Corolla Wild Horse Fund, which manages the herd and sends a similar reminder during major hurricanes due to the outpouring of concern for the horses on social media. “They’ll likely ride out winds and rain as their ancestors did before them — in huddles, butts to the wind,” it added.

And unlike humans living in the Outer Banks, the wild horses are better equipped to handle a hurricane. They’re already sensing a change in air pressure and are grouping up together.

“Remember, they’ve been doing this for 500 years!” the Fund said.

The horses’ food, water and other supplies have been stocked up at the farm where they live.

They have extra hay and grain, and their troughs are filled with water. They also have ID tags braided into their manes, and the herd manager will ride out the storm at the farm with them, the Fund said.

Hurricane Dorian’s core is forecast to approach the coast of South Carolina on Thursday morning. Downtown Charleston was already experiencing flooding Thursday as a result of the storm, which is expected to run parallel along the coast of the Carolinas into Friday.

Despite the dangers from the storm, the 100 or so wild horses in the area are resourceful and have an incredibly strong will to live, herd manager Meg Puckett said during Hurricane Florence last year.