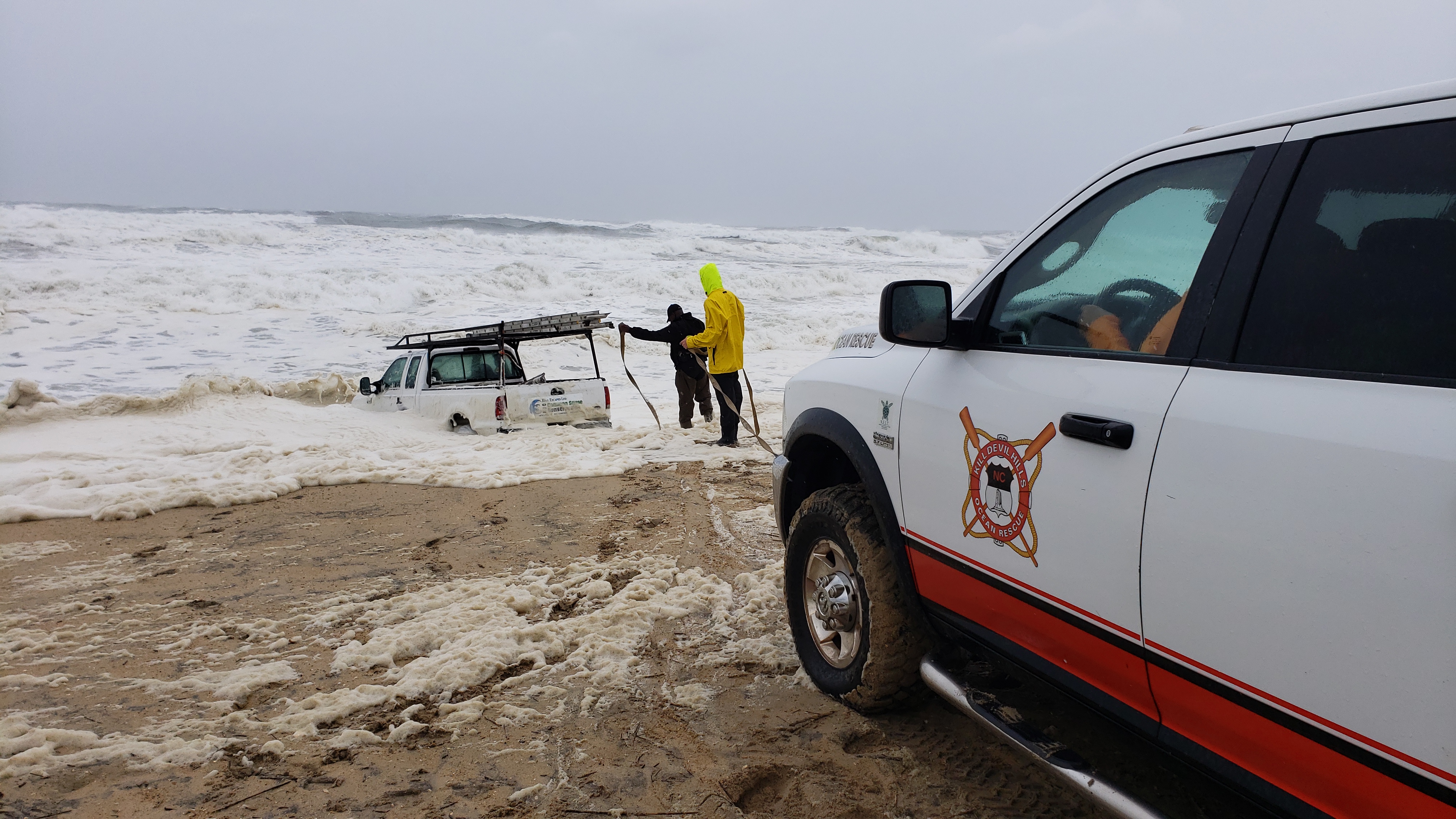 KILL DEVIL HILLS, N.C. – A driver was arrested after his vehicle was swept into the ocean and he became trapped in the vehicle Friday, the Kill Devil Hills Police Department said.

According to the department, dispatch received a call at 2:30 p.m. saying that a white pickup truck had entered the ocean at Arch Street. The passenger was able to get out, but the driver was still in the vehicle.

When officers arrived on-scene, they were able to get the driver, identified as 41-year-old Kill Devil Hills man Troy J. Topash, out of the vehicle. Topash was determined to be impaired and was arrested.

Kill Devil Hills Ocean Rescue was able to secure the pickup with a tow strap to prevent it from washing away, and a towing company extracted the truck from the ocean.

Kill Devil Hills was still under curfew and feeling the effects of Hurricane Dorian, the department said.