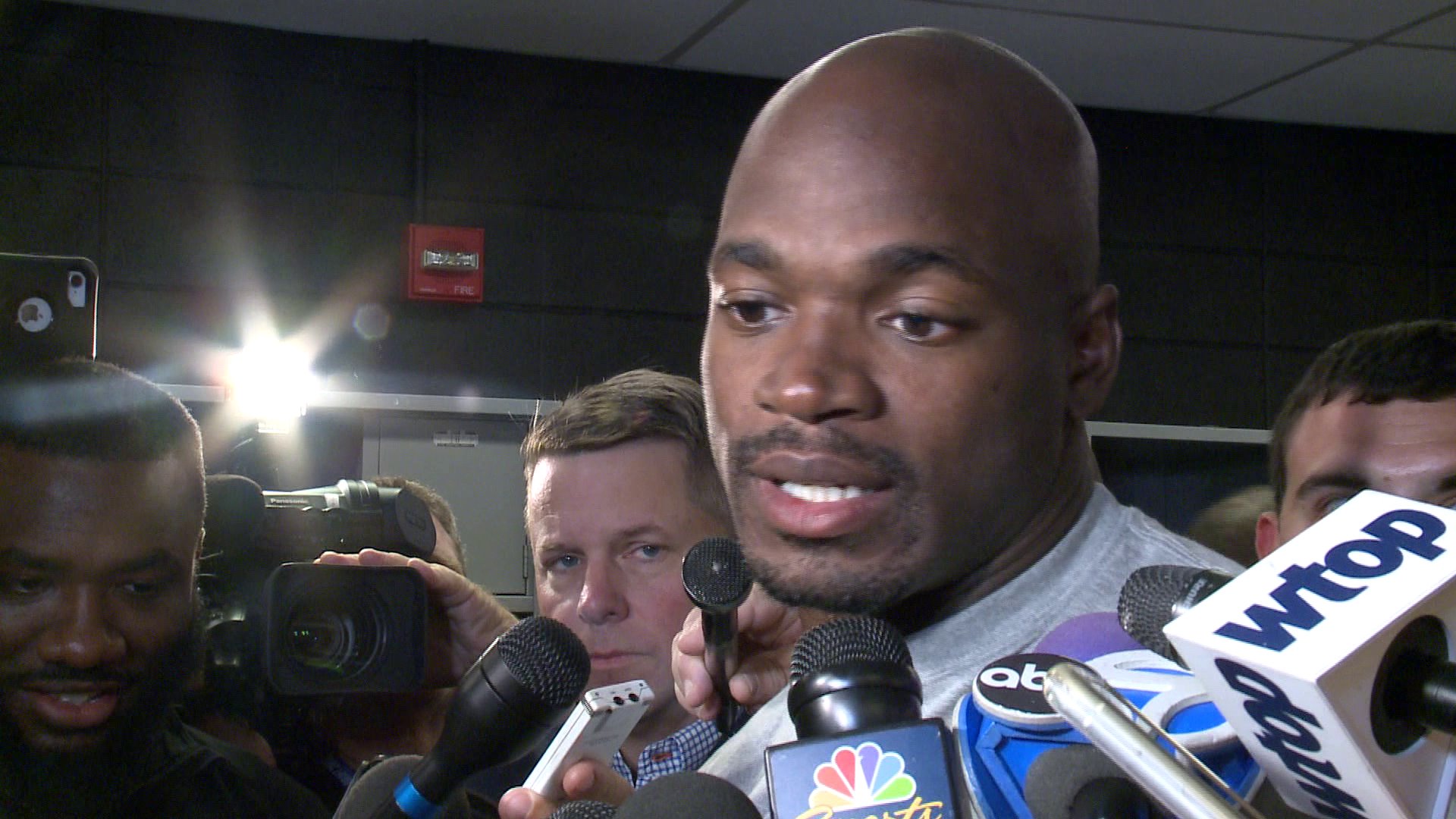 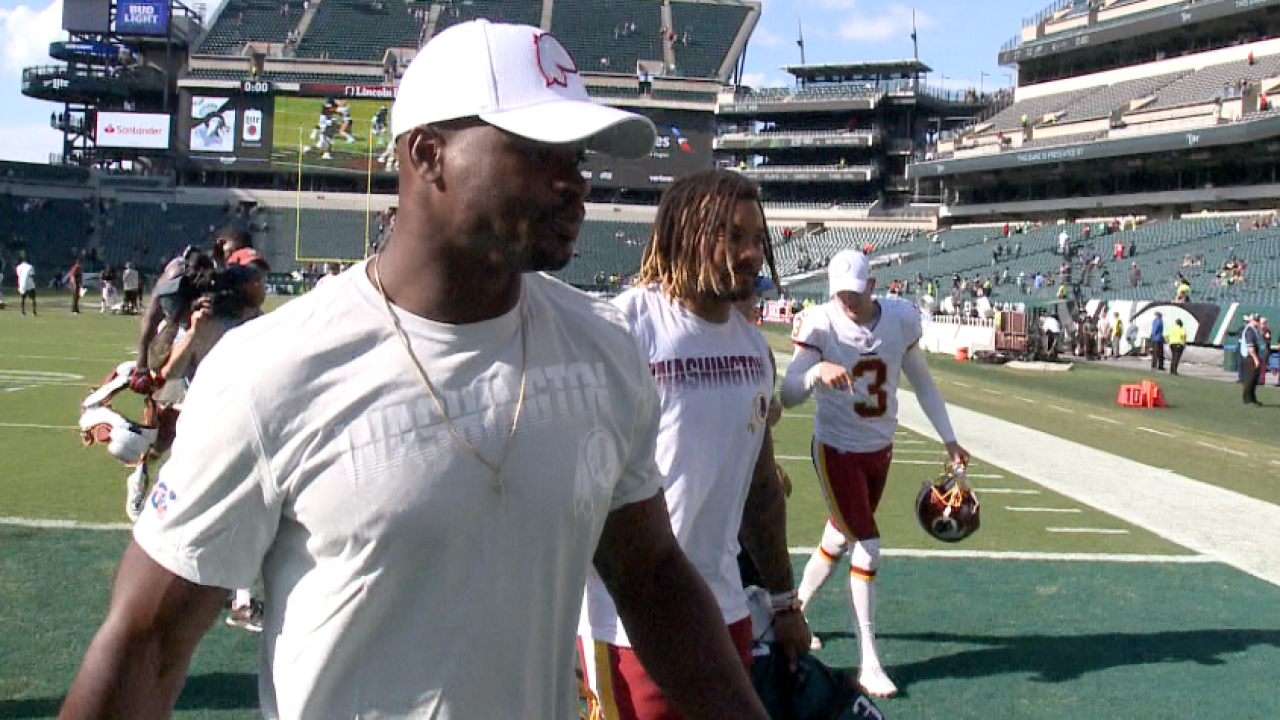 LOUDOUN COUNTY, Va. - It was a running back backseat - a position in which the future Hall of Famer had never been in before.

For Sunday's season opener at Philadelphia, Redskins running back Adrian Peterson, a future Hall of Famer, was inactive. He says it's the first time in his 13-year NFL career he's been inactive for a regular season game in which he's been healthy and able to play.

A healthy scratch, the 34 year-old was benched by head coach Jay Gruden - who opted to dress second-year tailback Derrius Guice and backups Chris Thompson and Wendell Smallwood. The Redskins have just four running backs on their 53-man roster.

On game days, NFL teams are only permitted to suit-up 46 players from their active 53-man roster. Coaches must decide which players to dress, and oftentimes - the final few selections are based on health and versatility. Players who can perform at multiple positions (offensive line, defensive back, etc.) and also contribute on special teams are more likely to be active on game day.

"That was a tough deal - for him, I'm sure and for me, as well," Gruden explained after the 32-27 loss to the Eagles. "He's a good football player still, without a doubt. But on game day, we need as many guys that can cover. We had a punt blocked and two returns on us in the preseason, so we had to get an extra linebacker up for special teams and [Wendell] Smallwood, too. It had to be done. If I have the luxury of dressing four running backs or three some other time, if I have enough special teams guys, I'll do that."

Peterson, the 2012 NFL Most Valuable Player, does not play special teams for the Redskins. Last year, his first season with Washington, Peterson rushed for 1,042 yards and was voted the team's offensive MVP. The seven-time Pro Bowl selection is tied with Jim Brown for the fifth-most career rushing touchdowns (106) in NFL history.

"I don't think I've really grasped it yet," Peterson told reporters after Sunday's game. "It was tough. I've been thinking about this game since last season ended. But you just have to make the most of the situation, so I became a coach on the sideline."

"I think it will be week to week," Gruden said of his decision as to whether or not to dress Peterson going forward. "We'll have to wait and see numbers-wise. He's a first and second down back and so is Derrius [Guice]. What do we have, about 20 first downs a game? Eight of those are passes and 12 might be runs and Derrius can handle those 12. If we have a game where we think we can run the ball 55 times a game in the I-Formation, then sure I'll get him up."

Monday, we learn Derrius Guice underwent an MRI on his injured right knee - something that might prevent him from suiting-up in Sunday's home opener vs. Dallas. Should Guice be unable to go, Peterson will almost certainly be active vs. the Cowboys.