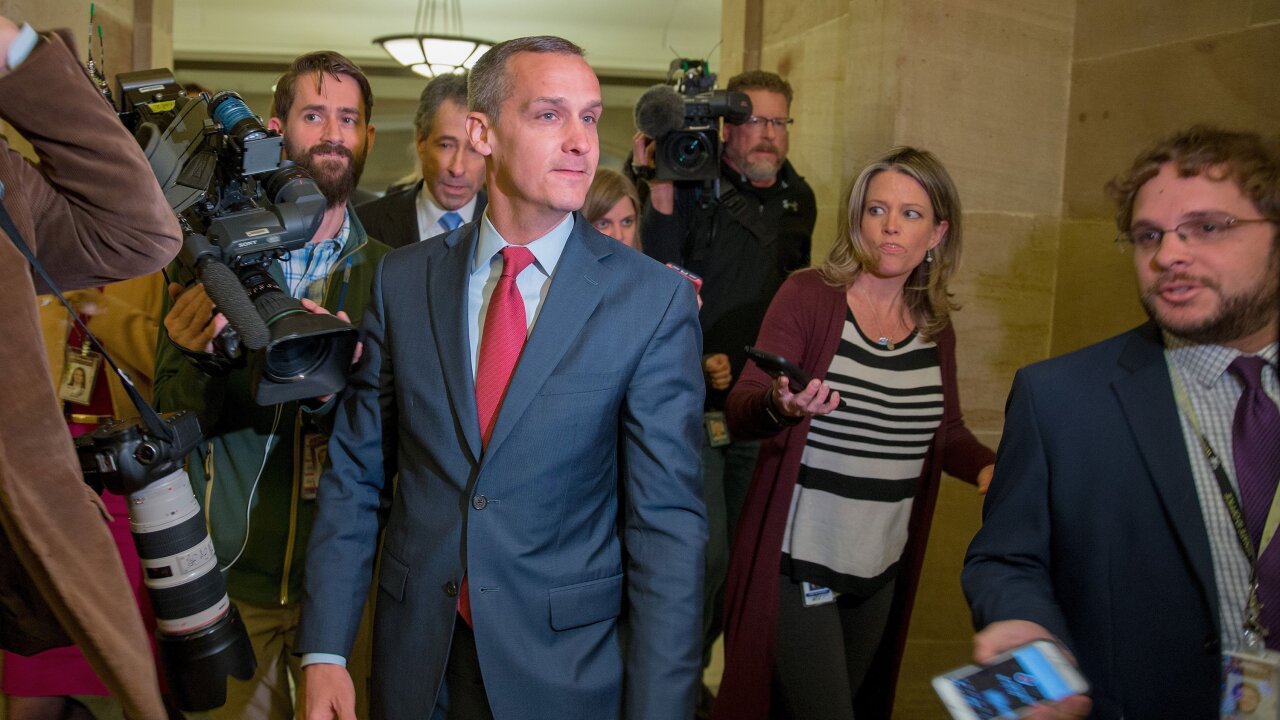 President Donald Trump’s former campaign manager Corey Lewandowski antagonized Democrats and stonewalled their questions about obstruction of justice during the first official impeachment-related hearing on Capitol Hill in the wake of the Russia investigation.

The roughly six-hour House Judiciary Committee hearing on Tuesday was so contentious, and yielded so little information, that the panel’s Democratic chairman, Rep. Jerry Nadler, threatened to hold Lewandowski in contempt. Lewandowski appeared under subpoena but refused to answer dozens of key questions.

Democrats hoped the televised hearing would refocus public attention on former special counsel Robert Mueller’s investigation, which revealed evidence that Trump obstructed justice during his first year in office, Instead, the hearing rapidly deteriorated into partisan bickering as participants hurled insults in almost every direction and tangled over parliamentary procedure.

But between the barbs, partisan attacks and references to Lewindowski’s possible New Hampshire US Senate campaign, the former Trump staffer occasionally disclosed new details about his role in an incident that Mueller examined for potential obstruction. He confirmed that Trump told him to order then-Attorney General Jeff Sessions to curtail the Mueller investigation so that it would only look for future election meddling — and stop probing his 2016 campaign.

“Jeff and I are friends socially, and I wanted to have the opportunity to have a meal with Jeff and relay the conversation” about limiting the Mueller probe, Lewandowski said about his attempts to convey Trump’s message privately to Sessions, away from his Justice Department office.

The Mueller report said Lewandowski didn’t meet Sessions and didn’t carry out Trump’s orders. But prosecutors analyzed Trump’s involvement and concluded there was “substantial evidence” that his actions met the legal threshold for obstruction of justice. Mueller declined to decide whether Trump should face charges, and sitting presidents are shielded from prosecution.

Recent efforts by House Democrats to push forward with their own investigation of Trump’s potential obstruction have largely been stymied by White House claims of executive privilege, uncooperative witnesses who still support Trump and lawsuits that are bogged down in court.

Tuesday’s hearing offered little progress on any of those fronts and was bitterly divided from the start. Nadler, a New York Democrat, accused the White House of orchestrating “an absolute cover-up” by blocking some witnesses from appearing at the public session and trying to restrict Lewandowski’s testimony based on “crony privilege.”

“Mr. Lewandowski, your behavior in this hearing room has been completely unacceptable and it is part of a pattern by a White House desperate for the American people not to hear the truth,” Nadler said, adding that contempt proceedings against him were “certainly under consideration.”

After the hearing, Nadler told CNN that the hearing adds more weight for impeachment, harkening back to efforts to impeach Richard Nixon (Nixon resigned before he was impeached).

“Article 3 of Nixon’s impeachment was obstruction of Congress, refusing to obey defined congressional subpoenas, pleading imaginary privilege,” Nadler said. “And obviously that’s what the President has been doing. Nixon wasn’t foolish to say in advance that he’s going to defy all congressional subpoenas … and today we saw a witness instructed by the White House completely contemptuous of Congress who refused to answer relevant questions. Just another instance of obstruction of Congress and that’s what Article 3 of the Nixon impeachment was.”

Lewandowski used his opening statement to attack Democratic members of the committee, criticize Obama-era intelligence officials for not doing enough to stop Russian meddling, and stoke conspiracies about “Trump haters” in the government that wanted to bring down Trump. He even took a jab at former Secretary of State Hillary Clinton about her email controversy.

Trump, who watched parts of the hearing aboard Air Force One, cheered on his former aide in a tweet, saying, “Such a beautiful Opening Statement by Corey Lewandowski! Thank you Corey!”

Mueller investigated 10 episodes involving Trump for potential obstruction of justice, and the incident with Lewandowski was one of those episodes. In the report, prosecutors analyzed whether each incident checked the three boxes needed to typically bring an obstruction charge.

Some of the incidents did not meet the threshold, and others were a close call. Prosecutors determined Trump’s actions with Lewandowski checked all three boxes for obstruction: It was a distinct “obstructive act” that would hamper the investigation, the action was directly linked to an ongoing criminal probe, and there was “substantial evidence” of Trump’s obstructive intent.

Lewandowski said under oath Tuesday that Mueller’s report was “an accurate representation” of his conversations with Trump in summer 2017, when Trump wanted Sessions to stop Mueller from investigating the campaign and retool the probe to focus on meddling in future elections.

He also confirmed that Trump dictated to him the statement that Sessions was supposed to make to the public, clearing Trump of collusion and accusing Mueller of breaking the law.

But when it came time for Lewandowski to deliver that message to Sessions, he instead went on vacation, telling lawmakers, “I took my kids to the beach … that was more of a priority.”

“The President never asked me to do anything illegal,” Lewandowski said.

Lewandowski vehemently denied colluding with Russia, even though he was never formally accused of collusion. He criticized his onetime internal rival, former Trump campaign chairman Paul Manafort, for sharing internal polling data with a Russian associate. And he admitted that he never called the FBI after learning that a campaign adviser was in contact with Russians.

The dramatic partisan split was on full display throughout the marathon hearing.

Democrats, who control the committee, traded insults with Lewandowski. One lawmaker said Lewandowski “chickened out” because he didn’t follow Trump’s questionable orders.

During a brief recess, Lewandowski’s posted a link on Twitter to a new website that is promoting his potential Senate campaign next year in New Hampshire. One senior Democrat on the panel later called out Lewandowski for seemingly using the hearing to appeal to the GOP base.

“Let me remind you, Mr. Lewandowski, that this is not a Republican primary campaign,” said Rep. Hakeem Jeffries, who is the chairman of the Democratic caucus. “You are not on the campaign trail yet. This is the House Judiciary Committee. Act like you know the difference.”

On the other side, Republicans hailed Lewandowski’s prowess as the campaign manager for Trump’s long-shot presidential bid. They tried to paint him as a sympathetic figure who has already given many hours of testimony to Mueller and a slate of congressional committees.

Republicans have spent their time mostly attacking Democrats, calling them the “Party of Impeachment,” in Texas Rep. John Ratcliffe’s words, and asking for hearings on other issues.

Rep. Jim Jordan, the firebrand Republican from Ohio, said lawmakers should investigate alleged abuses by the Justice Department and should not focus on impeachment. A growing number of Democrats publicly support impeachment, though not enough to pass a resolution.

“I think they hate this President more than they love their country,” Lewandowski said of the Democrats, a comment that later drew consternation from Democratic members of the panel.

The committee also subpoenaed former White House aides Rick Dearborn and Rob Porter to appear Tuesday to testify about their role in the Lewandowski incident, and other matters that were mentioned in the Mueller report. They did not show up, and the White House previously claimed that both men are immune from testifying before Congress due to executive privilege.

The committee has objected to this rationale previously and is currently suing to force former White House counsel Don McGahn to testify after the White House made a similar claim when he was subpoenaed earlier this year. Similar proceedings could follow for Dearborn and Porter.