NORFOLK, Va. - A local apartment complex was evacuated after a fire Wednesday night.

Firefighters with Norfolk Fire-Rescue responded to the Stonebridge Manor Apartments on Tidewater Drive around 8:40 p.m. It is a retirement community.

Units arrived to find smoke and flames coming from the balcony of a third-floor apartment.

Crews requested a second alarm to help with attacking the fire and getting residents out of the building. 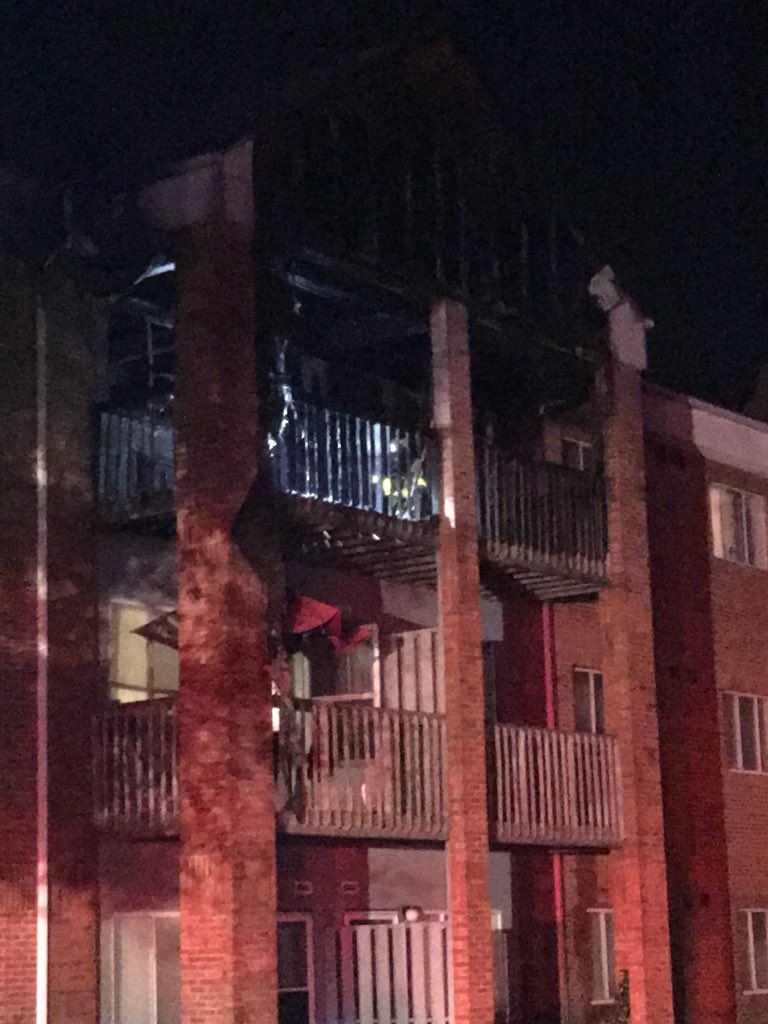 Norfolk Fire Chief Damon Langley tells News two people were taken to the hospital and have been released.

Langley says one person had burns on their knees. The second person had an asthma attack that was brought on from a panic attack because of the fire.

Investigators found the building to be in good working condition.

Denise Brooks says her red umbrella is the only thing that stopped the flames from falling on while she was sitting on her balcony.

The flames were coming from the apartment above her. Brooks ran upstairs to check on the couple that lives upstairs. She says they had no idea there was a fire.

Smoke began to fill the halls. Many people rushed to make sure their neighbors were getting out safely.

In the midst of shock, Brooks says she was able to find moments of clarity to make a quick-thinking decision that may have saved lives: Pulling the fire alarm.

Units responded to another fire in the city this evening at Stonebridge Manor Apartments on Tidewater Drive at approximately 8:40 pm. They arrived to find smoke and flames coming from the balcony of a third floor apartment.

A 2nd alarm was requested to assist with attacking the fire and evacuating occupants. The fire has been placed under control at 9:15 pm. 2 patients have been transported to local hospitals for evaluation.