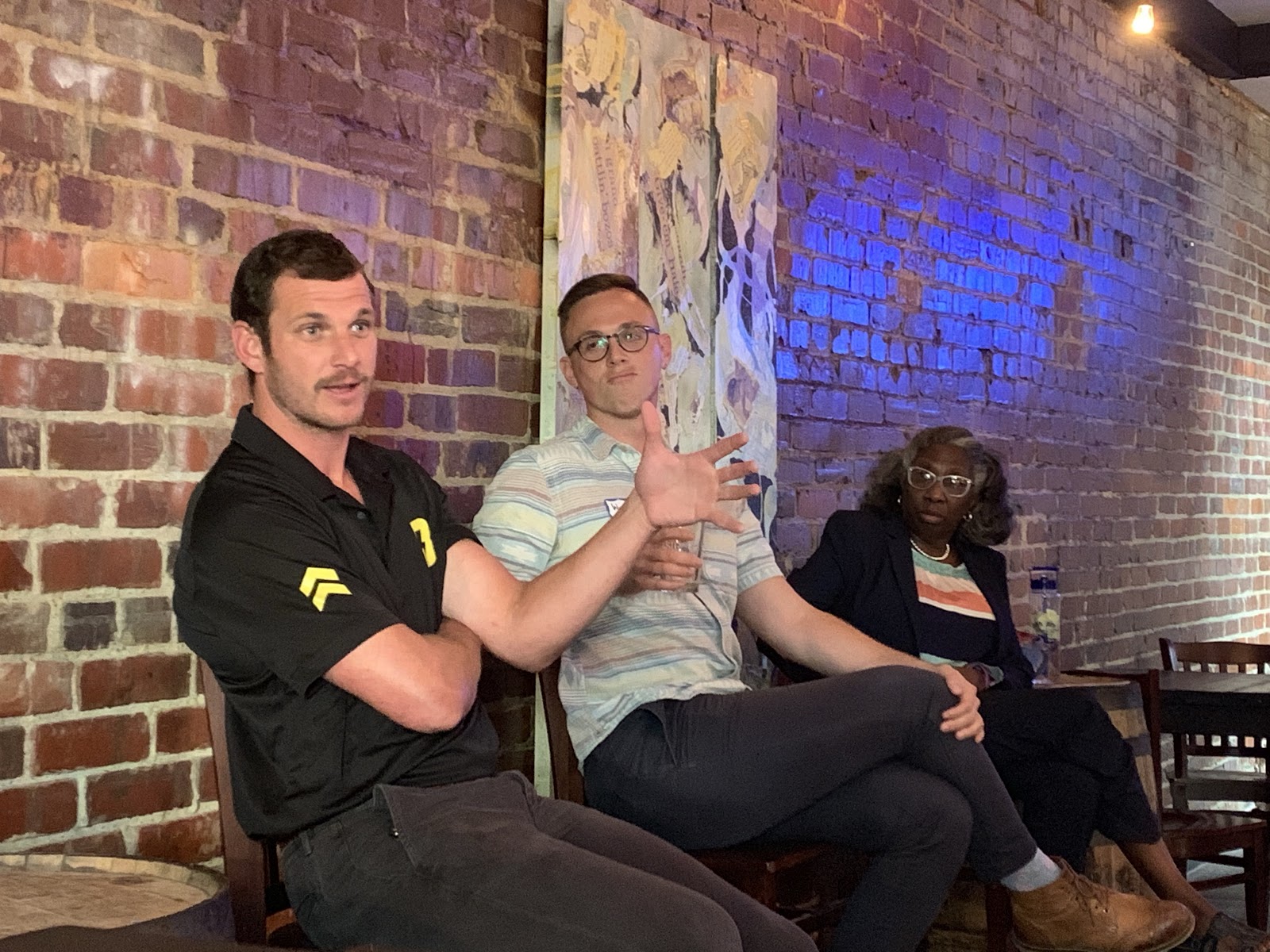 RICHMOND, Va. — A new model of Bolt Mobility’s dockless electric scooters will roll into Richmond next month — following a spate of reported vandalism — the company announced.

The Bolt Chariot is a heavier, reinforced update to the current scooter design, equipped with rear and front brakes, undercarriage lights and a more balanced base. The new model made its trial debut in Richmond last week during an informal panel discussion at Basic Beer Co. in Southside, as part of RVA Transit Week.

“Our next generation of scooters, the Chariot, has a much more robust design,” said Will Nicholas, Bolt’s vice president of operations.

The new model will have extended battery life and “be more challenging to misuse,” according to Nicholas. In addition to the dual brakes and brake lights, the Chariot model contains bag, cell phone and cup holders.

Nicholas spoke at the panel alongside Wyatt Gordon, a reporter from the online blog Greater Greater Washington, and Lynne Lancaster, deputy director of parking and transportation at the Richmond Department of Public Works.

Bolt Mobility saw higher vandalism rates in Richmond than any of its other 11 markets at the time during its first five weeks in the city, according to multiple news reports. Although the company paid roughly $45,000 to distribute 500 of its scooters in early June, high vandalism rates have dwindled the fleet’s numbers.

Related: E-Scooters could roll out in Portsmouth with tight regulations

“We have fewer than 300 right now,” Nicholas said. “Some of them are ridden to the point of exhaustion. Others, it’s been reported on, have been vandalized.”
The Richmond Times-Dispatch reported in July that 107 of Bolt’s 370 scooters in Richmond had been vandalized.

Gordon, a transportation reporter who’s covered the industry in cities like Washington, D.C., said electric scooters get a bad rap.

“They’re kind of the vape pens of the transportation sector,” Gordon said. “That’s because you look at users, and they tend to be younger people, they tend to skew male.”

Michael Calderon, a Virginia Commonwealth University student who uses an electric scooter to get around campus, said he chooses not to use Bolts because they lack endurance and “break down very easily.”

Calderon said he’ll probably try the Chariot model in October, but afterward he’ll go back to using his own.

Other VCU students, such as sophomore Sam Musselman, have yet to try Bolt’s scooters since they arrived on campus.

“I own a bike actually, and I think that’s a cheaper way because you don’t have to pay for it,” the film major said.

Musselman said the scooters are effective, but there needs to be more regulation to prevent recklessness.

“They fly up behind you; they’re kind of quiet too,” he said. “I’ve seen people just leave them on the ground. They just fall over, they’re not stable.”

The new model e-scooter is already available in other markets, such as New York, Baltimore and Portland, Oregon. The company is also accepting pre-orders through its website with a slated delivery for November.