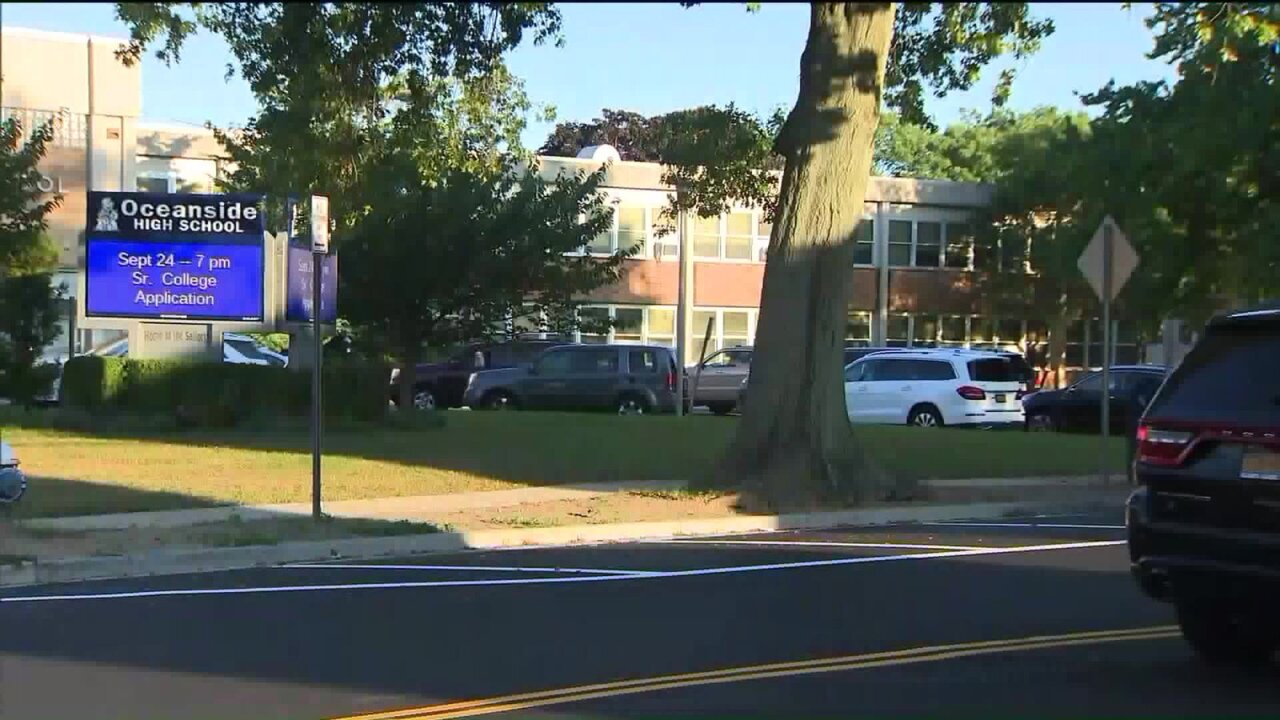 **Embargo: New York, NY** Khaseen Morris was killed in a fight in a strip mall near Oceanside High School on September 16.

As his family prepared for 16-year-old Khaseen Morris’ funeral Saturday, police announced the arrests of seven more teens in connection with his fatal stabbing, which onlookers recorded and shared on social media.

**Embargo: New York, NY**
Khaseen Morris was killed in a fight in a strip mall near Oceanside High School on September 16.

Khaseen was killed in a fight in a strip mall near Oceanside High School on September 16. Tyler Flach, 18, was charged with second-degree murder.

All are from Long Beach, New York, and will be charged with second-degree gang assault, Curran said. They were expected to be arraigned later Saturday.

Nassau County Police Detective Lt. Stephen Fitzpatrick said they are not known to be members of any gang, and more charges are possible.

Proseuctors don’t know yet if the minors will be charged as adults, Nassau County District Attorney Madeline Singas said.

Police allege that a group of 50 to 70 teenagers looked on as Khaseen was assaulted and stabbed in the chest during a “prearranged” fight over a girl.

Some took out their phones and documented the fight on social media, but no one stepped in to help Khaseen, who died from his wounds after being taken to the hospital, Fitzpatrick said last week.

A GoFundMe account has been set to assist Khaseen’s family with funeral expenses.