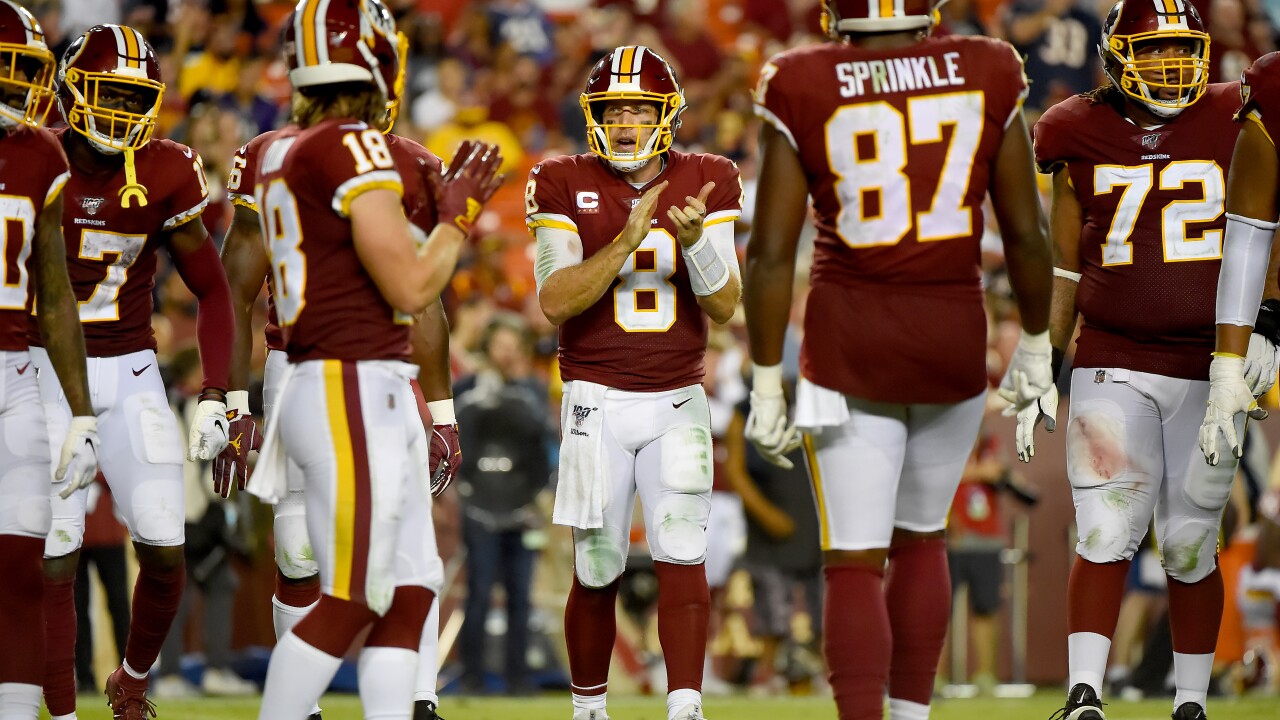 LANDOVER, MD – SEPTEMBER 23: Case Keenum #8 of the Washington Redskins speaks to teammates during the second half against the Chicago Bears at FedExField on September 23, 2019 in Landover, Maryland. (Photo by Will Newton/Getty Images)

EAST RUTHERFORD, NJ. – After an 0-and-3 start to the season, Washington Redskins head coach Jay Gruden’s job is now in question, and the team is in a must-win situation.

Through the first three games, Washington’s allowed 31 or more points to opponents and in Monday night’s loss to the Chicago Bears quarterback Case Keenum had his worst game of the season, throwing three picks and fumbling four times, which resulted in five turnovers.

The last time the Redskins travelled to MetLife Stadium, they beat the Giants 20-13 and a win Sunday afternoon would mark the first time they beat New York consecutive road games since the 1999-2000 seasons.

Washington is the only team in the NFC with an 0-and-3 record.

“I think the most important thing is to be positive and understand that we still have a job to do, we’re working hard and we can still dig ourselves out of this hole,” head coach Jay Gruden said. “Tougher things have been done in the world than coming back from an 0-3 start. We have the people in the locker room to do it, I feel like we have the talent to do it. We’ve just got to go out and do it. Play smart and play consistently for four quarters, not just two.”

Sunday’s game between New York and Washington kicks off at 1 p.m.