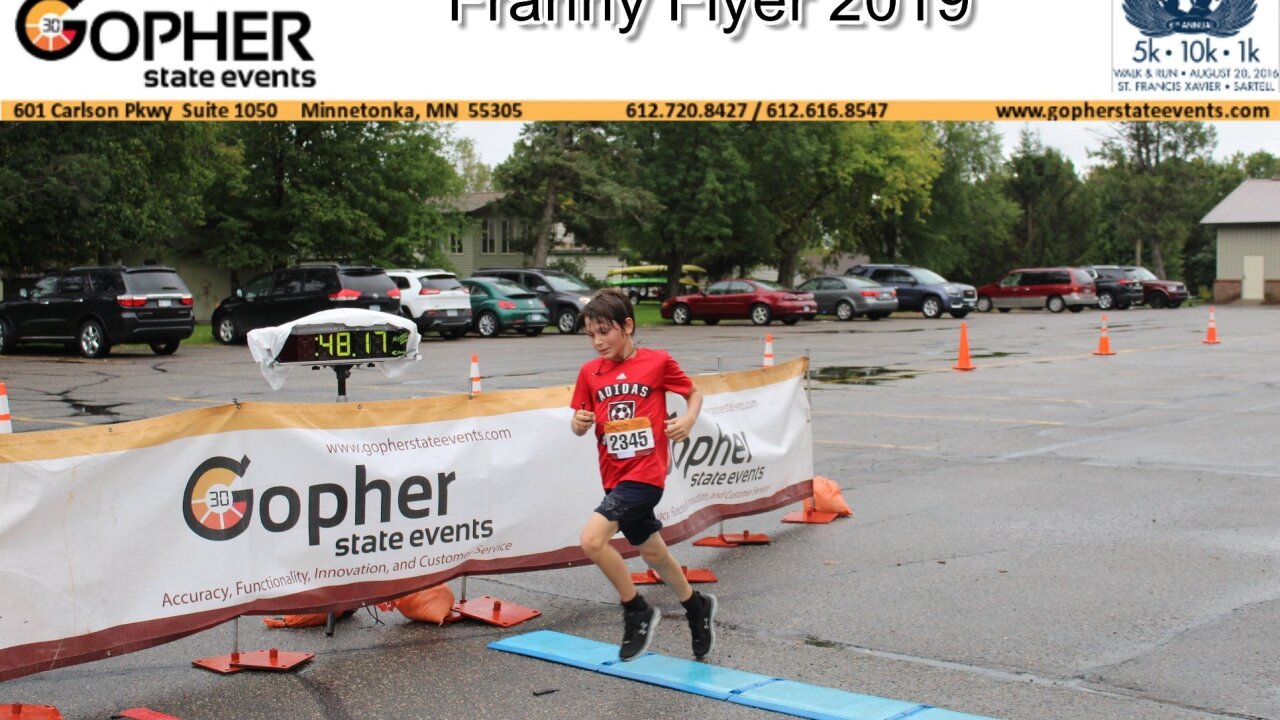 The St. Cloud, Minnesota, fourth-grader was supposed to be running September 21 in the 5K (3.1-mile) race, but

a volunteer told him to go the wrong way and he wound up on the longer course.

“I said in my mind, ‘I’m just going to keep running. I want to get to the finish line,'” he said.

His mom had been waiting for him to finish the shorter race and was getting more and more worried as the minutes passed.

“He should be here by now,” Heather Lovell recalled thinking. “This is weird. Maybe he’s having a really bad race.”

Kade’s pretty fast (he set a 5K record for his age group at last year’s race), so his mom was surprised to see slower runners crossing the finish line before him.

“I know he should be in front of these people, or at least with them, if anything, and he wasn’t there,” she said.

Lovell asked her mom to drive the route to look for Kade, but he was nowhere to be found.

Then, Lovell got really worried. She asked race officials and other runners if they’d seen Kade, and people started looking for him.

Finally, someone told her that they’d spotted Kade on the 10K course and that he seemed to be running really well.

Kade had no idea that any of this was happening. But he knew his mom was going to be upset.

When Kade saw Lovell just ahead of the finish line, he started bawling, she said, and told her that he didn’t do it on purpose.

“I’m like, ‘You’re in so much trouble. What did you do?'” Lovell said with a laugh. Then, she told him he was doing great and to finish strong.

Kade had never run a 10K and hadn’t even gone 6.2 miles in practice, his mom said.

When Lovell saw him running by himself, she assumed the other runners had passed him.

They were shocked when race officials told them Kade had won the race with a time of 48:17.4.

“It was an emotional roller coaster,” his mom said. “First I’m scared, then I’m angry, then I’m excited when we found out he wins, and you’re just relieved, too,” she said.

After the race, Kade took a nice, long bath and, he said, just “chilled on the couch.”

But he didn’t rest for long.

Kade’s mom said he runs all the time — with friends, his brother and sisters or just in circles around the house.

He won his age group Sunday in another race. Kade’s also training for the Junior Olympics. He practices three days a week.

But until he’s older, his mom said, he’ll stick to 5K races.