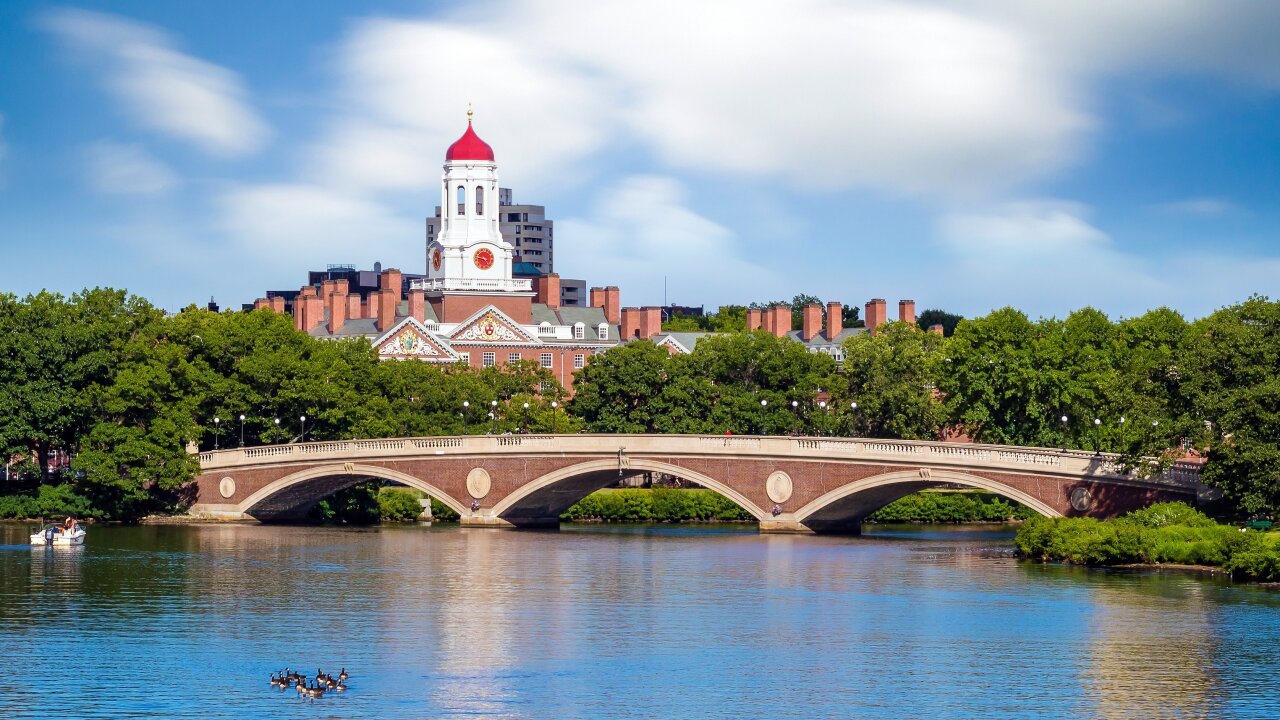 A US district judge in Boston has upheld Harvard’s admissions process following a challenge from a group of Asian American applicants who believe the school discriminated against them.

A US district judge in Boston has upheld Harvard’s admissions process following a challenge from a group representing Asian American applicants who believe the school discriminated against them.

A US district judge in Boston has upheld Harvard’s admissions process following a challenge from a group of Asian American applicants who believe the school discriminated against them.

Judge Allison Burroughs ruled Tuesday that while Harvard’s admissions process is “not perfect,” she will not “dismantle a very fine admissions program that passes constitutional muster, solely because it could do better.”

In her 130-page opinion, Burroughs stressed that race-conscious admissions hold “an important place in society and help ensure that colleges and universities can offer a diverse atmosphere that fosters learning, improves scholarship, and encourages mutual respect and understanding.”

The ruling in the closely watched case is likely to be appealed and culminate in a national showdown over affirmative action at the US Supreme Court.

The challengers had argued at trial that as the “personal” rating system disfavors Asian Americans, it favors blacks and Hispanics, who generally have lower standardized test scores compared with Asian Americans.

The storied Cambridge, Massachusetts, campus accepts only about 5% of its 40,000 applicants each year.

The Harvard ruling comes as college admissions practices are being scrutinized nationwide, including by federal prosecutors who allege that celebrity and other wealthy parents paid off coaches and education administrators to falsify student records to help them win acceptance at elite schools. The Harvard dispute centers on a wholly different but nonetheless longstanding point of contention: how institutions use students’ race to boost the chances of traditionally disadvantaged applicants and enhance diversity on campus.

Edward Blum, a conservative lawyer who had engineered the challenge filed in 2014, said his group, Students for Fair Admissions, would appeal to decision for the 1st US Circuit Court of Appeals.

Blum has long opposed racial policies that have primarily benefitted blacks and Hispanics. In the past, Blum had sought white students to challenge affirmative action. In 2016, such a case he engineered against affirmative action at the University of Texas at Austin lost narrowly at the Supreme Court.

The Harvard lawsuit was brought under Title VI of the 1964 Civil Rights Act, which prohibits race discrimination at schools that receive federal funds. Filed on behalf of Asian Americans but without any named individuals alleging bias, the case has accelerated simmering complaints from students of Asian heritage that their numbers at Ivy League institutions are capped, just as Jewish students faced quotas on elite campuses in the last century.

At its broadest, Blum crafted the case to challenge a 1978 Supreme Court precedent that first upheld campus affirmative action, permitting universities to consider the race of an applicant among many factors, toward the goal of greater campus diversity, and forbidding racial quotas in admissions. Regents of the University of California v. Bakke was decided by a 5-4 vote and has been affirmed by narrow splits through the years. It now appears a possible target of reversal at a Supreme Court that has grown more conservative and in recent years and overturned a handful of liberal precedents from the 1970s.

Burroughs found that “Harvard’s admission program passes constitutional muster in that it satisfies the dictates of strict scrutiny.”

“The students who are admitted to Harvard and choose to attend will live and learn surrounded by all sorts of people, with all sorts of experiences, beliefs and talents” she wrote. “They will have the opportunity to know and understand one another beyond race, as whole individuals with unique histories and experiences. It is this, at Harvard and elsewhere that will move us, one day, to the point where we see that race is a fact, but not the defining fact and not the fact that tells us what is important, but we are not there yet.”

An appeal of Burroughs’ ruling would go first to the 1st Circuit, before any battle over race at the reconstituted Supreme Court, with two new appointees of President Donald Trump. Justice Anthony Kennedy cast the deciding vote in the University of Texas case. He was succeeded last year by Justice Brett Kavanaugh, whose record is more conservative than Kennedy’s.

The Trump administration submitted a “statement of interest” in the Harvard case, siding with the SFFA challengers and noting that the administration was investigating Harvard’s screening processes after complaints to the Department of Education from more than 60 Asian American groups. The Obama administration had fielded and rejected similar complaints.

Given the escalating competition in college admissions nationally, the trial drew an overflow crowd to Burroughs’ courtroom. The three-week hearing ended on November 2, 2018, and separate closing arguments were held on February 13, 2019.

During those hearings, the challengers argued that based on data they had obtained from Harvard, that admissions officials engaged in stereotypes that discriminated unlawfully against Asian American applicants, including stereotyping students of Asian descent as “book-smart” and “not personable.”

Students for Fair Admissions asserted four claims under Title VI of the 1964 Civil Rights Act: that Harvard unlawfully holds Asian Americans to a higher standard than students of other races; that it engages in racial balancing to keep roughly the same percentages of racial groups; that it uses race not as a single “plus factor” but as a defining characteristic for admission; and, finally, that Harvard bypassed race-neutral options that for campus diversity, such as tied to students’ socioeconomic backgrounds.

Harvard lawyers countered that any claims that Asian Americans fared poorly on “personal” scores arose from SFFA’s selective mining of data that failed to include the full pool of applicants, among them favored children of alumni, faculty and staff, and accomplished athletes.

The percentage of Asian American students accepted at Harvard has steadily increased in recent years. Harvard reports that of those students entering this fall as the class of 2023, Asian Americans make up 25.6%, African Americans 13.1% Hispanics 11.8% and Native Americans and Native Hawaiians 2.2%. The remaining category, 47%, covers mostly white students.

Each year Harvard accepts about 2,000 students, then ends up with a freshman class of about 1,600 students who choose to attend, from a pool of about 40,000 applicants annually. Harvard lawyers argued that if racial affirmative action were disallowed, the number of African American and Hispanic students in the total student body of 6,700 would fall by roughly 1,000.

In her ruling, Burroughs rejected the arguments that Harvard could obtain sufficient diversity by looking at non-racial criteria, such as a family’s economic status.

“Harvard has demonstrated,” she concluded, “that there are no workable and available race-neutral alternatives, singly or taken in combination, that would allow it to achieve an adequately diverse student body while still perpetuating its standards for academic and other measures of excellence.”

No expert on either side of the case, Burroughs wrote, had proposed an alternative that would allow Harvard to “meet its diversity goals while not unduly compromising on its other legitimate institutional objectives.”

Regarding the Asian American “personal” ratings, Burroughs said she saw “no evidence of discrimination” beyond a “slight numerical disparity.”

“The statistical disparity is relatively minor,” she wrote, “and can be at least partially explained by a variety of factors” including information derived from teacher and guidance counselor recommendations.
“Even if there is an unwarranted disparity in the personal ratings, the court is unable to identify any individual applicant whose admissions decision was affected and finds that the disparity in the personal ratings did not burden Asian American applicants significantly more than Harvard’s race-conscious policies burdened white applicants,” the judge wrote. “Further, there is no evidence of any discriminatory animus or conscious prejudice.
But Burroughs was not without some criticism for Harvard, suggesting some changes in its admissions office.

“The process would likely benefit from conducting implicit bias trainings for admissions officers, maintaining clear guidelines on the use of race in the admissions process, which were developed during this litigation, and monitoring and making admissions officers aware of any significant race-related statistical disparities in the rating process,” she wrote.