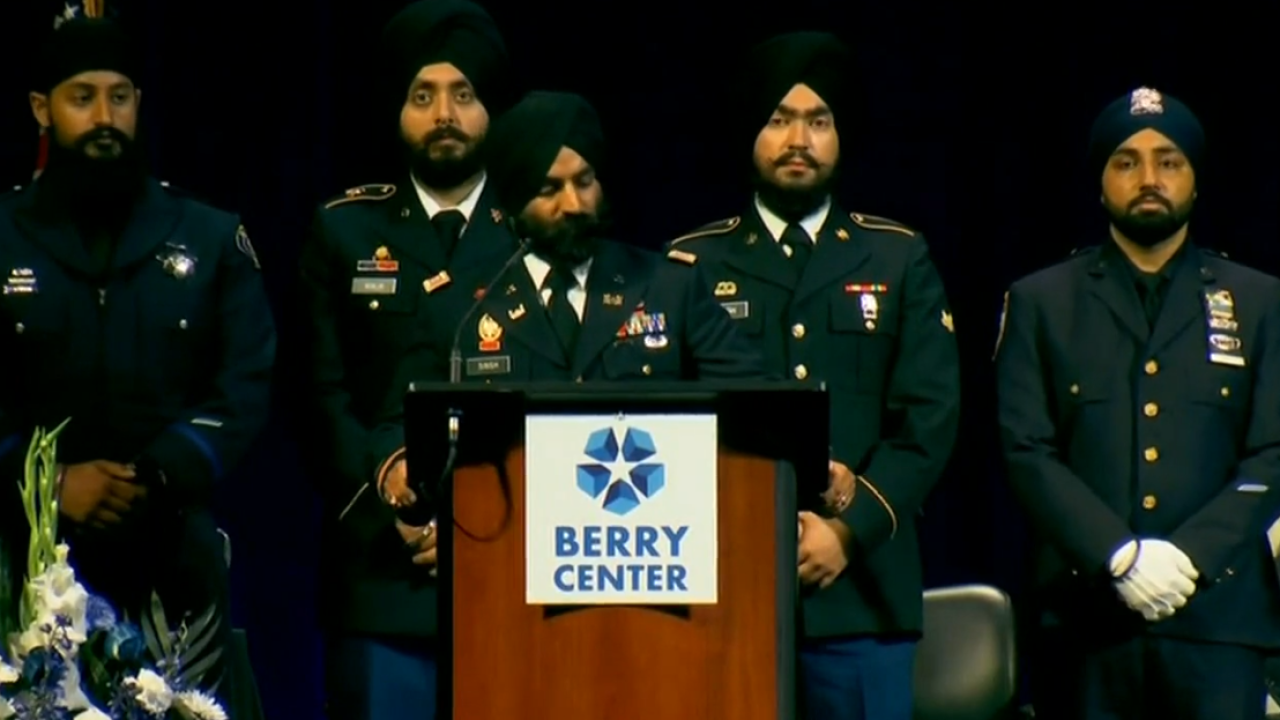 For days Houston-area residents have mourned Sandeep Singh Dhaliwal, a sheriff’s deputy who broke down cultural barriers and endeared himself to the community through philanthropy. They’ll say their final goodbyes Wednesday in a funeral expected to be attended by thousands.

Dhaliwal, who was shot and killed Friday during a traffic stop, will be honored in a public ceremony at the Berry Center sports complex outside Houston.

The event will start with an hour of Sikh prayer at 10:30 a.m. CT, followed by a ceremony led by the Harris County Sheriff’s Office.

Dhaliwal, 42, was the first Sikh to serve as a Harris County sheriff’s deputy. Later, in 2015, he gained national attention when the sheriff’s department allowed him to wear a turban and beard in uniform.

His volunteerism and interactions with community members made him popular, and his death has resonated, promoting people to flood the internet with photos and videos of him and visit impromptu memorials.

“It’s a huge loss to our community and the younger generations that we hoped he would inspire,” Hardam Singh Azad, the chairman of the board at the Sikh National Center, the Houston gurdwara Dhaliwal attended, told CNN. A gurdwara is the Sikh place of worship.

Dhaliwal will be cremated at a funeral home later Wednesday afternoon, according to Sikh tradition. The cremation service will be for family and members of the sheriff’s office, and final prayers — open to the public — will be said afterward at the Sikh National Center.

Sikh funeral traditions already have been taking place at the gurdwara.

Since Monday afternoon, the Sikh National Center has been holding an Akhand Path, a nonstop front-to-back reading of the Guru Granth Sahib, the Sikh holy book. The Akhand Path is set to conclude Wednesday afternoon.

His life was marked by service

Dhaliwal operated trucking and pizza businesses in young adulthood. But he changed careers after a well-publicized 2008 incident in which Harris County sheriff’s deputies incorrectly treated a Sikh family that reported a burglary as criminals, after seeing one member with a ceremonial sword that is a Sikh article of faith.

The sheriff at the time, sorry for what happened, asked local Sikhs to join the department. Dhaliwal answered the call, joining as a detention officer in 2009, and eventually moved his way up to deputy.

His desire to help people marked his life inside and outside the department, those who knew him say.

Even when the deputy was on vacation, Dhaliwal would reach out to the United Sikhs humanitarian organization and ask what programs they were working on in the area so he could help, Singh said.

Dhaliwal is inspiring others

Dhaliwal’s loss is being felt both at home in Houston and in communities around the world.

Sunday, the NFL’s Houston Texans honored the deputy in a moment of silence before their game against the Carolina Panthers.

Communities in New York, New Jersey and even Punjab, India, where Dhaliwal was originally from, held vigils in his memory, according to United Sikhs. Congregations in gurdwaras as far away as Melbourne, Australia, honored Dhaliwal in their Ardas, a formal Sikh prayer that asks God for strength.

A GoFundMe campaign set up to help his family cover unforeseen expenses and help pay for his three children’s education raised more than $570,000 as of Wednesday morning. United Sikhs set up its own GoFundMe campaign, as well as a Facebook fundraiser for the family.

Dhaliwal continues to inspire others.

Since Friday, United Sikhs has received an uptick in volunteer registrations for its various humanitarian projects, the group said.

The organization told CNN that it plans to launch an emergency fund Wednesday to assist first responders — a project Dhaliwal had hoped to start after he witnessed a first responder who didn’t have the financial resources to repair his own roof after Hurricane Harvey hit Texas.